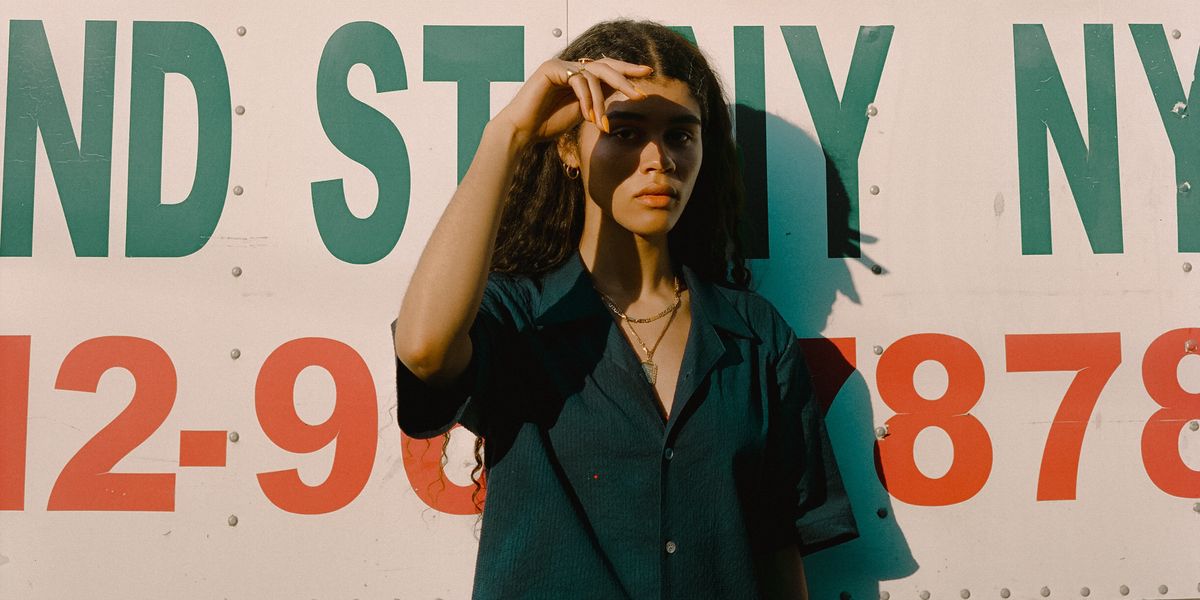 London-based singer Ama Lou makes moody, jazz-infused R&B marked by her powerhouse voice. The 19-year-old's tremulous, rich vocals glide over skittering drums, guitar, and gentle keys, creating a sense of sonic warmth and intrigue. Her music has garnered support from Jorja Smith, whom she recently toured with, and Drake, who bought and modeled her merch and used one of her lyrics as an Instagram caption.

Related | Ama Lou Can Do It All

Lou's debut EP, DDD, came out this spring, and a few days ago, she released an accompanying 13-minute video featuring the project's three songs. The video was written and directed by Lou and filmed by Mahalia John, her sister. She imagined the video in its entirety before the music, saying, "I produced the EP as a score to the film which I had already conceptualized beforehand."

DDD stands for Dawn, Day, Dusk, and the video fittingly captures a day in the life of, "younger in a Los Angeles crime ring... and their journey over the course of a single day." Though there are cowboy themes running throughout, the film gets surreal at times as Lou shifts between outfits and locales, sometimes ambling through a dessert, other times dancing in a hazy pink-lit room or in front of a sky-blue convertible.

This weekend in New York, Lou performed at Full Moon Fest alongside artists like Whitney, Metronomy, and James Murphy. The boutique festival, now in its eighth year, partnered with The Surfrider Foundation to donate $1 from every ticket towards preserving our world's oceans, as well as WeCycle to promote zero waste on-site. Names like Vanessa Hudgens, Chloe Norgaard and Zuri Marley came out to see the lineup at Brooklyn's Knockdown Center.

Check out exclusive photos of Ama Lou at Full Moon Fest, below: