For over a decade, sisters Aly and AJ Michalka have quietly, steadily built a reliable reputation on lyrical honesty paired with pop's diamond-cut sharpness. For their longtime fans, it's been a rush to watch the duo evolve from teen stars to women with profound experiences to share. When Aly & AJ released their synthpop-heavy Ten Years EP back in 2017, it was hailed as a proper comeback — their first official release in 10 years — and a refreshing revision of their previously rock-based sound.

At the time, Aly & AJ told PAPER that Ten Years represented a marked shift from where they were at their 2005 debut. When one has been in the music industry as long as they have, growth is inevitable. "We were completely beginners when it came to being in a studio, and we had done demos and stuff, but sitting down with producers and mapping out production and how we wanted to shape a song or make a song better that we had written," they said.

It's only fitting that Aly & AJ have gotten better and better as songwriters and producers, and are now in total control of where their artistic journey is headed. Sanctuary builds on that momentum, with immaculately conceived electro-pop driven by essential messages about life, love, mental health, and all the unexpected in-betweens. 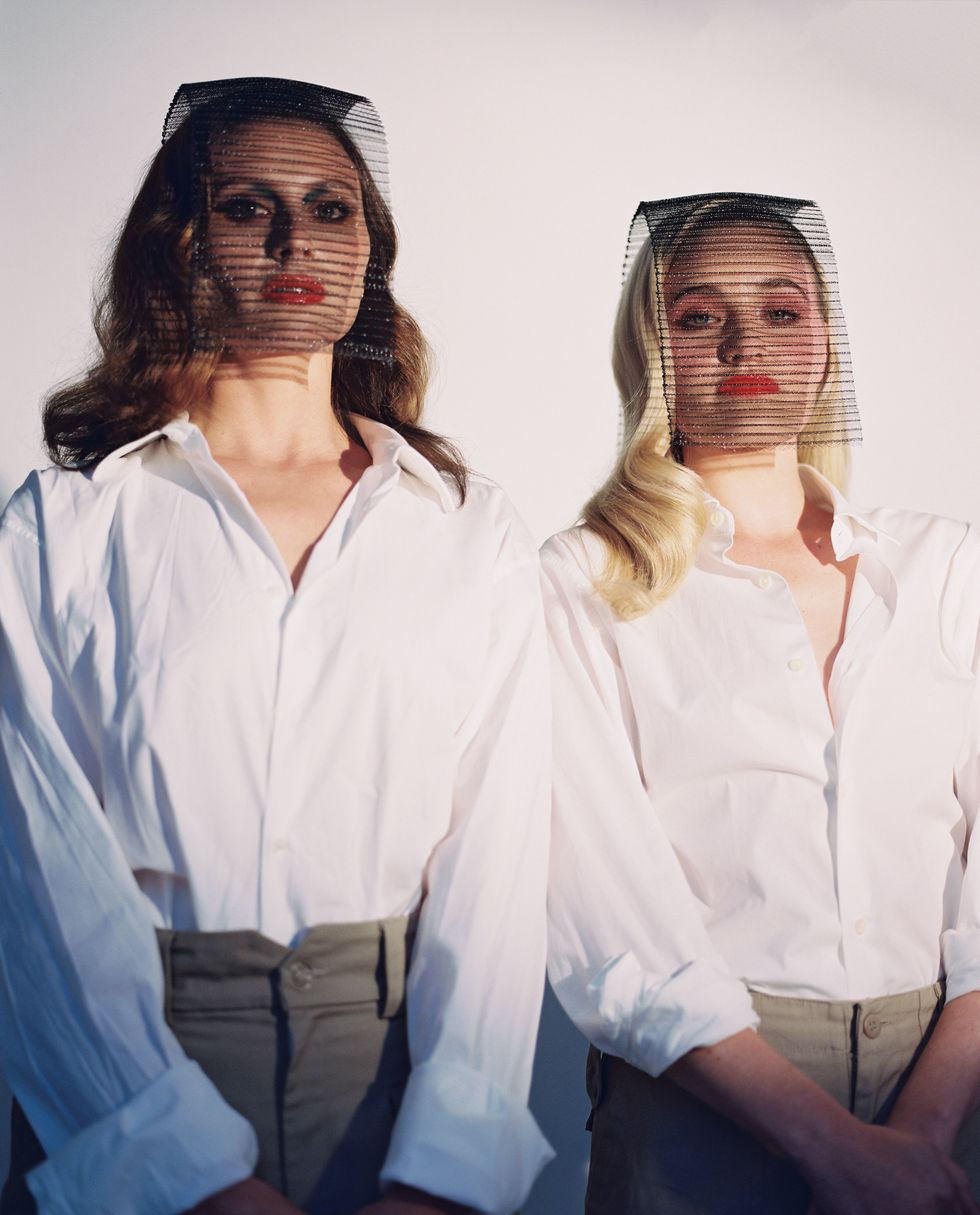 "Church" covers redemption from a life lived imperfectly; vocoder effects accentuate hollow feelings born from one-night stands and empty bottles. "Don't Go Changing" is a testament to the sisters' dedication to self-love and positivity, telling listeners through plentiful hooks that their flaws are what make them beautiful. "Star Maps" vindicates victims of Hollywood's #MeToo movement and in the process, encourages righteous rage against the patriarchy ("I wanna burn this map of the stars, now I'm on fire," they sing in perfect harmony).

Aly & AJ's Sanctuary is out today, and it's a reminder that there is home for those of us who seek it. The sisters tell us how to find it, in an exclusive track-by-track, below.

This song came on pretty quickly. We knew we wanted to use the line "I need a little Church," which originally was placed in "Star Maps" and then not used in that particular song. It was important to us to have a song on the EP that felt like a confession — a song that touched on redemption and rebirth.

Everyone needs a song that reminds them that they're unique and beautiful just the way they are. We touched on themes like this a lot during past records and we feel it's important to spread this kind of love and positivity to our fans. Changing isn't always for the better.

We wrote this song in 2017 when the Harvey Weinstein story broke as an ode to the #MeToo movement. We felt we needed to write a revenge song for the innocent victims of Hollywood's abusers.

"Not Ready to Wake Up"

This is a classic love song. The desire to not want this daydream to end. The feeling of pure bliss at the start of a relationship. This song gets the best reaction live!

This song was originally started by an artist named Totem. Performing on stage is our personal Sanctuary and we felt we needed to finish telling this story. It became a very natural co-write and this particular song completed our EP back in March. It's still very new and we think that makes it really fresh when performing live.

Stream Sanctuary by Aly & AJ, below.

Op-Ed: Aly & AJ on Mental Health, and The Trevor Project