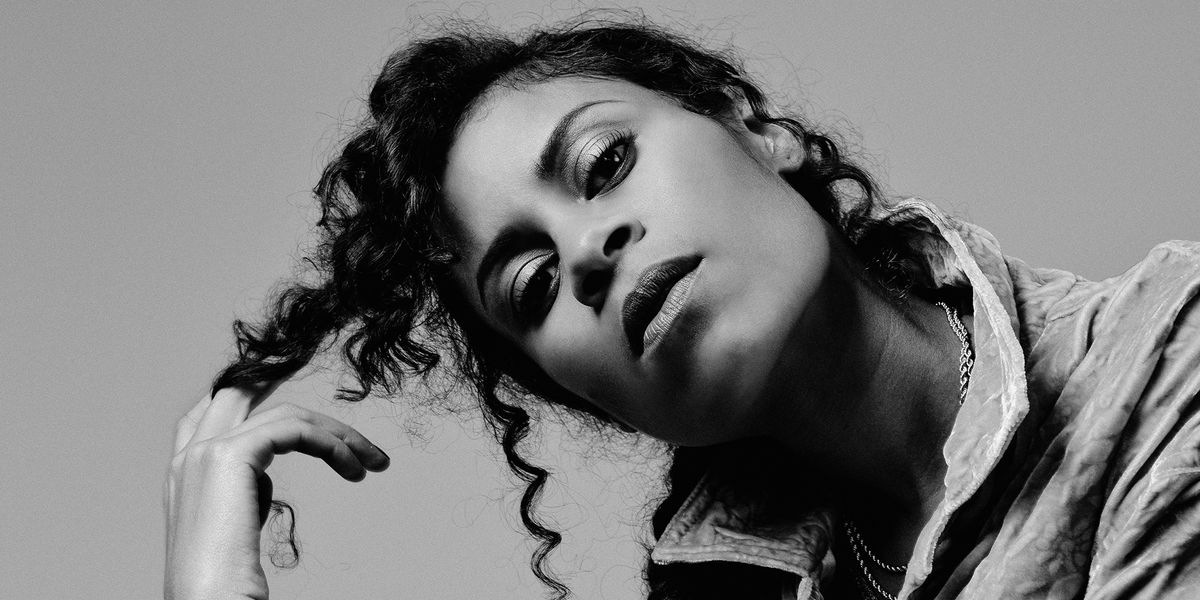 “Just because we went double platinum doesn't mean America loves me," says 24-year-old Aluna Francis, one-half of electro-pop duo AlunaGeorge. She's referring to her DJ Snake- produced single, “You Know You Like It," which first came out (originally sans DJ Snake's bouncy club production) back in 2013 on AlunaGeorge's debut album, Body Music, but clinched its double platinum status last year. Even so, Francis believes her American fans still "don't know who I am," she says. "They don't know I'm hear to stay, or that I mean what I'm doing and I'm genuine. All of that will be proven with our new album." That new album, I Remember, is the second full-length for Francis and her bandmate George Reid and came out last month.

"With the first album, George and I were seeking to create what hadn't been done before," Francis says. "It was a process of discovery. What came from that were pieces of music we enjoyed, but there was no genre for that. The average music consumer doesn't have time to absorb new sounds, so that's why Body Music was very much for people looking to to be surprised or invest in something they hadn't heard before." The result was an album that was a critic's baby, even if not a huge commercial success. This time around, Francis says she's adopted the mindset that music can't just be weird -- it also has to "make sense." There has to be something for people to latch onto, so even though AlunaGeorge has always experimented with strange electronic elements in their music, they've also strived to "pull it back into the context of something familiar," something the duo strived for in their sophomore effort.

Aluna wears a shirt by Gap

As a way of achieving this on I Remember, Francis invited new people into her studio sessions who'd provide a wider perspective on the personal stories she wrote about, from having her heart “robbed like a bank" on “Not Above Love," to going “deeper than deep" on “I'm In Control." Without this “observational objectivity," she says songwriters often end up creating “annoying sob stories," similar to when a friend spirals without taking any advice from others to solve a problem in their life. “You can only see from your perspective," she says. Instead, "you have to get to the bottom of what you're feeling and simplify it," Francis adds. "I have that ability because I have a self-preserving instinct to find out why I'm so upset. If I didn't work it out, I'd go mad. But when you're trying to share that feeling with other people, you must remember you're writing a song -- something that's supposed to transcend people and grab their attention in three minutes to uplift them and take them on a journey. If you can add humor to a sad moment, you get a much fuller representation of the human condition. Anyone who's gone through loss will admit they've experienced some strange combinations of hysteria, sadness and happiness."

On Body Music's “Attracting Flies," Francis sings about a throwaway lying lover, but laces that personal topic with humor: "Everything you exhale is attracting flies," she says, ultimately dismissing him. On I Remember, Francis' attitude towards love has just as sharp of a bite: "Don't you know I want it all? Put your hands against the wall," she sings on “I'm in Control," outlining what it takes to be her lover. “If you're picking up my call, gotta tell you once, you know that I'm in control."

But beyond fine-tuning accessible lyrics, the AlunaGeorge singer also had to understand -- and own -- what exactly made her different if she wanted to reach widespread listeners on I Remember. Having listened to vocal powerhouses like Whitney Houston and Mariah Carey all her life, it took a while before the singer felt confident with her own distinctive timbre, a soft, fluttering voice that can sound equally pensive as it can pointed. "As a straightforward singer, I didn't cut the mustard," Francis says. "But working with electronic music was really a place for my voice to shine, rather than above a big booming jazz band, for example, where I had to belt to be heard. I learned I could make my own place in music, which wasn't me being the best singer in the world. It was a journey of finding my own voice, really."

In this and splash photo, Aluna wears a jacket by Topman

On I Remember, Francis' journey spans 12 tracks total, collectively touching on the duo's wide range of sonic interests, from R&B-imbued grooves to more vapory, atmospheric cuts. There are songs for "an afternoon snuggle," she says, or the "soundtrack for driving"; there are songs for "sitting quietly by yourself" or songs to take you “to the dance floor." Francis wasn't interested in writing an album with just one sound. "How boring," she puts it. Instead, the singer worked with Reid, creating each song to be an experience completely independent from the next, much like her nomadic lifestyle growing up, when Francis' mother's "non-linear career path" drove them to “move around a lot," from Wales to Jersey to London. "My mom was an explorer," Francis says. "She left home when she was really young and met my dad at a music festival in South Africa. She's wild, but she was moving me around to make a better life for us each time."

Although saying goodbye to so many friends so frequently was painful for Francis in her early life, it opened up her worldview. She recalls growing up in white, rural Hertfordshire, England, where she felt like an "outcast" for being black. Francis eventually escaped to London, where she could live as a "human being rather than a spectacle," but recognizes how these disparate experiences have given her the ability to relate to so many different people, a strength that ties back to the intuition behind writing successful pop music. "When you're new in town, you've got to be quick," she says. "Who's going to be your ally? Who's your friend because you're the new thing for a day? You quickly work out the power of novelty and the stupidity of novelty. So, like I said about our song with DJ Snake, I can't rely on that, alone. I could play it for you today and tell you we've gone double platinum and you'd forget about it tomorrow. Unless I've made a real connection, that's not worth anything."

Though making a "real connection" is rarely the ambition of electronic music -- if anything, the genre has always aimed for escapism --AlunaGeorge successfully finds that soft spot between emotive singer/songwriter storytelling and amped-up, heart-racing production on I Remember, a seamless breakout that will, sooner than later, make American listeners fall in love.