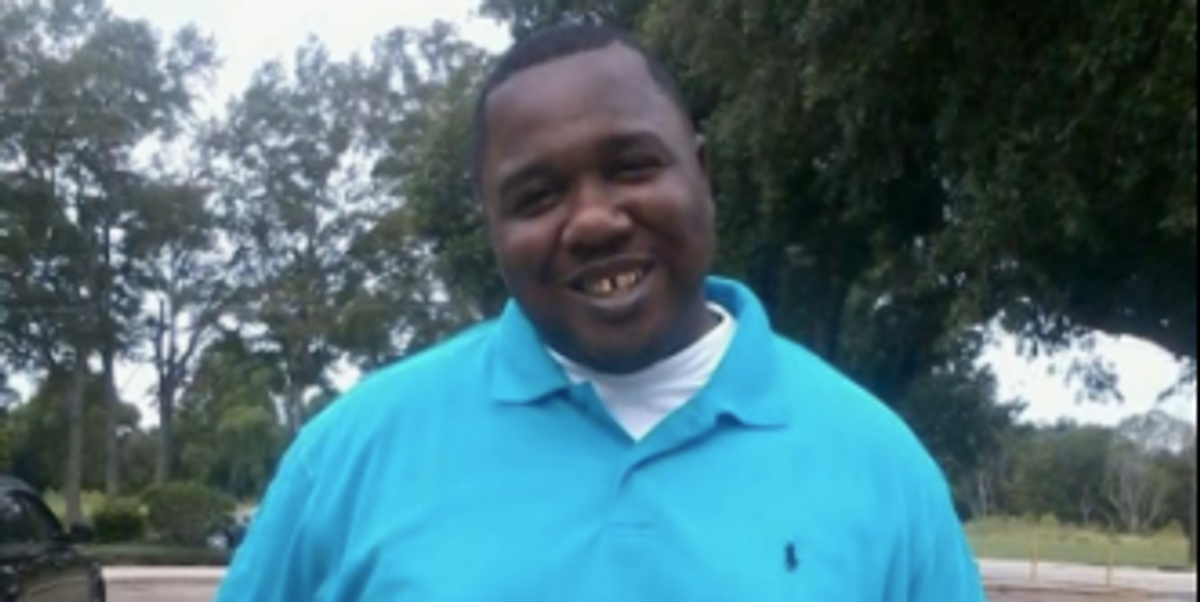 The Justice Department announced its decision today to not charge the Baton Rouge officers involved in the shooting death of Alton Sterling last summer. Video of Sterling's death, including the moments leading up to it and the immediate aftermath, went viral and prompted protests across the city.

Sterling's death happened the day before a Minnesota officer shot Philando Castile point blank, killing him, during a routine traffic stop. Castile's death was live-streamed by his girlfriend on Facebook. Massive protests erupted across the country, and in the same week five white Dallas police officers were gunned down by a lone black shooter.

Baton Rouge police say that officers Blane Salamoni and Howie Lake approached Sterling, who was selling CDs outside of a convenience store, because he matched the description of an armed suspect.

Sterling, a father of five, eventually ended up on the ground on his back with the two officers above him. The officers claim they saw the butt of a gun in Sterling's pocket, and in response they shot and killed him.

This video shows the moments officers killed Sterling. Warning: it is graphic and upsetting.

At the time, President Obama expressed confidence in the Justice Department's impending investigation of whether the officers had cause to fire, saying, "We have seen tragedies like this too many times."

Even under Obama and former Attorney General Loretta Lynch, the Justice Department was reluctant to bring charges against officers in cases of excessive force.

In the 2014 case of 18-year-old Mike Brown, which sparked mass protests in Ferguson, Missouri and the beginnings of the Black Lives Matter movement nationwide, the Justice Department did not charge officer Darren Wilson, saying there was "no evidence upon which prosecutors can rely to disprove Wilson's stated subjective belief that he feared for his safety." In the 2015 shooting case of 24-year-old Jamar Clark in Minneapolis, investigators similarly concluded that they could not prove "the use of force was objectively unreasonable based on all of the surrounding circumstances." And in 2015, an Ohio jury declined to charge officers in the 2014 death of 12-year-old Tamir Rice.

Under the new administration, there is concern that the police reforms that were slowly taking shape in the form of increased sensitivity training, heightened accountability, and the mandatory wearing of body and dashboard cameras will be slowly rolled back. Trump is aggressively pro-law enforcement, and Attorney General Jeff Sessions has ordered a Justice Department review of court-mandated reforms within police departments with high levels of complaints.

Another open case of a black man being killed by the police moved forward today. Former South Carolina police officer Michael Slager arranged a plea deal with prosecutors, pleading guilty to a single count of using excessive force to deprive of a person of their civil rights in the fatal shooting of Walter Scott, the New York Times reports.

Slager was filmed shooting Walter Scott, an unarmed black man, in the back in 2015 after an altercation at a traffic stop. In the video, Scott is very clearly running away from the officer, who then shoots and fires directly at Scott. The maximum sentence for Slager's charge is life in prison, but he will likely serve far less time than that.

"We hope that Michael's acceptance of responsibility will help the Scott family as they continue to grieve their loss," Slager's defense lawyers said in a statement.

Both of these developments come on the heels of the fatal shooting of 15-year-old Jordan Edwards, who was shot in the head by police on Saturday night as he and his friends drove away from a house party outside Dallas. Charges have yet to be filed in Edwards' case.

Sterling's family is holding a vigil tonight, and has asked that the focus remain on Sterling.