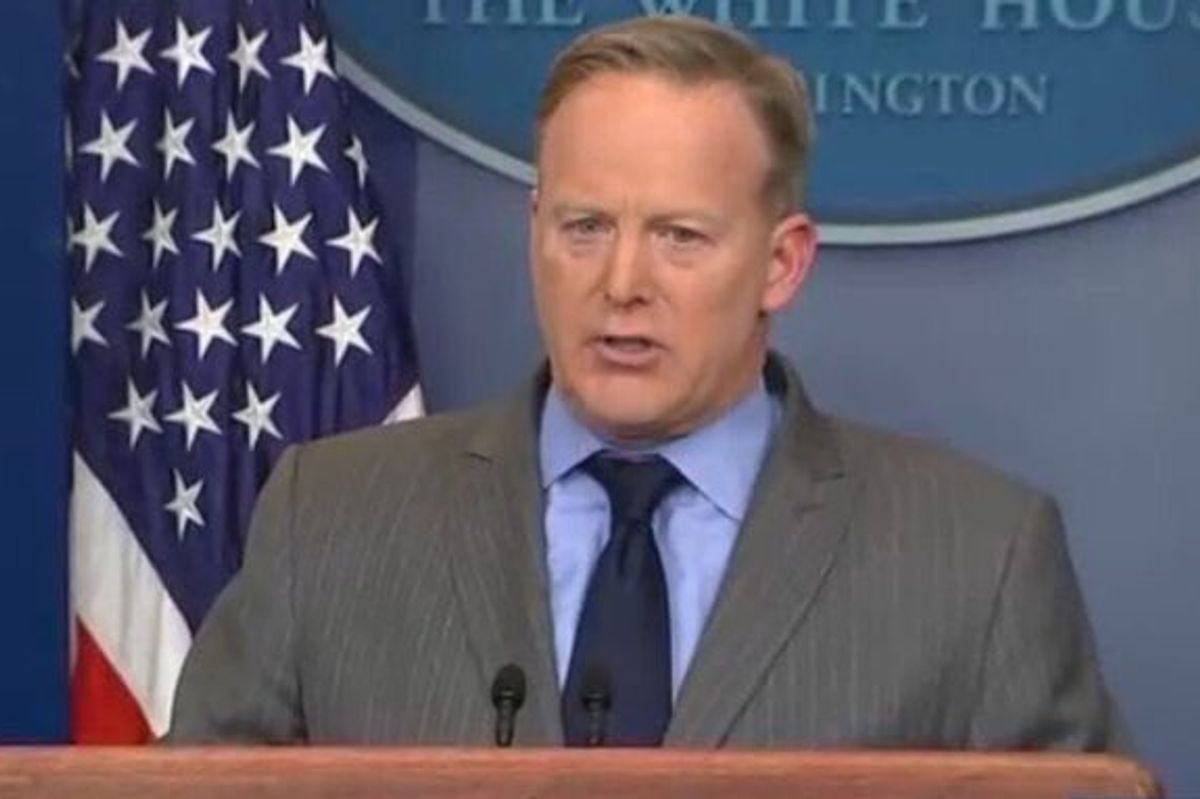 White House press secretary Sean Spicer falsely claimed Friday's inauguration crowd was the "the largest audience to ever witness an inauguration, period." And despite being incorrect, Kellyanne Conway said he was just giving "alternative facts."

Chuck Todd asked Conway about Spicer's statements during an interview on NBC's "Meet the Press."

"You're saying it's a falsehood. And they're giving--Sean Spicer, our press secretary--gave alternative facts," Conway said.

The laughable back-and-forth has spawned its own trending hashtag and a series of memes on Twitter. Users are posting two versions of the same story with the hashtag #AlternativeFacts as well as pictures of Sean Spicer with inarguable "facts."

Oh, that Nazi that got punched in the head? That wasn't a punch. That was an alternative hug. There. Fixed it. #AlternativeFacts
— Shannyn Moore (@shannynmoore) January 22, 2017

Scar was NOT present at the stampede. Mufasa caused it and his recklessness got him killed. Period. @seanspicer #seanspicer pic.twitter.com/OXO75kDS1W
— Joaquin Baldwin (@joabaldwin) January 22, 2017