ALMODOVAR &amp; SAMUELSON ON THE MENU 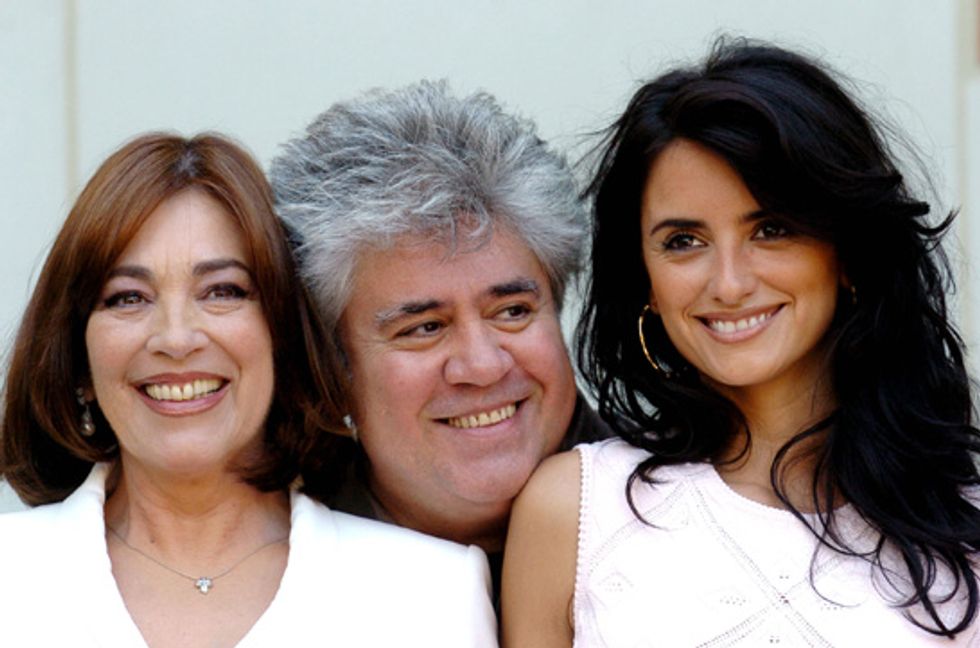 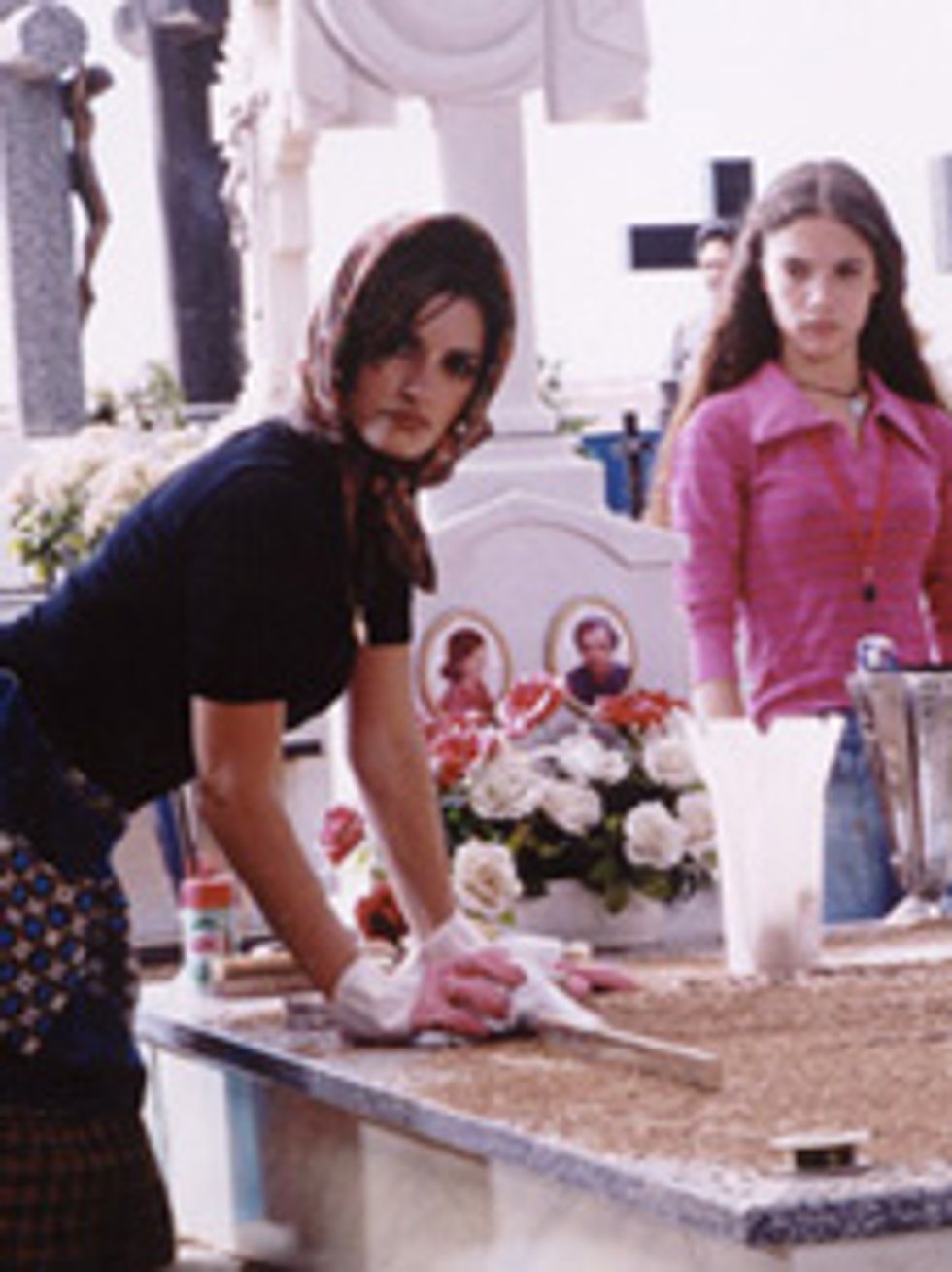 So I had a really fun night last night which started with a screening of Pedro Almodovar's upcoming new film VOLVER. And it was perfect. WHAT a film. Gorgeous, rich, dramatic, sad, funny, and everything a movie should be. It makes me realize how few greats there are in the director world.  It starred Penelope Cruz in an Anna-Magnani-Sofia-Loren style part that was perfect for her. He made her shine more than any other director ever. Pedro's films keep getting better and better and better. WOW. It comes out this November so put it on the top of your list folks. 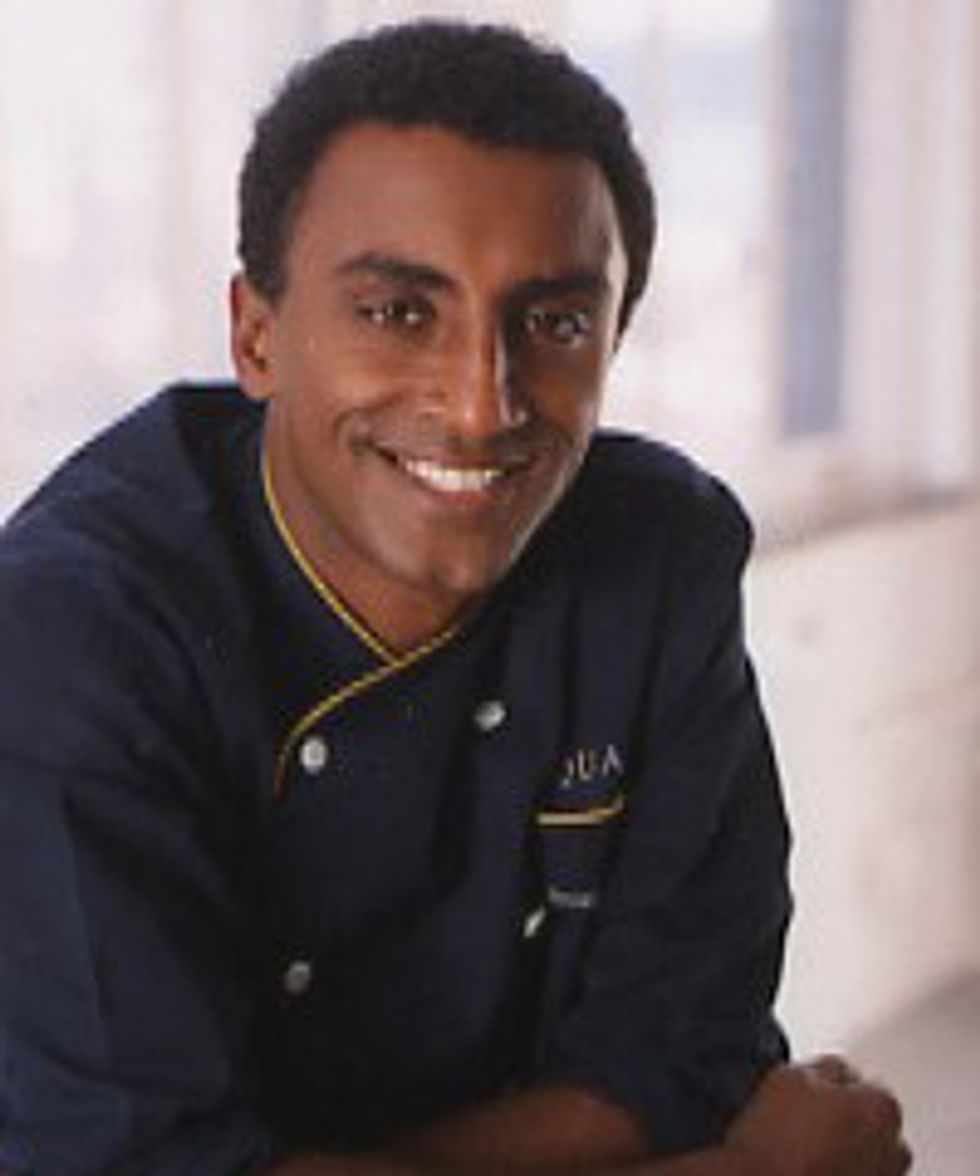 The screening was on 55th Street so I hopped in to see my new friend Marcus Samuelson, the fabulous heartthrob chef at the restaurant Aquavit (how cute is he????). I had hung out with the cool cat Marcus the previous evening at this awesome 15 course chef council dinner that Macys hosted. (These chefs are on a special culinary council for the store) It was fun... they had 15 chefs and each one cooked a course. Can you imagine? I met lots of foodstars like Ming Tsai (who has blue ginger in Boston), Todd English, that woman Cat Cora who is the only female Iron Chef, Tyler Florence and lots of others. Anyway, I fell in love with Samuelson who it turns out is a fan of PAPER. He's putting out an African cookbook this October which sounds fab also. Dinner at Aquavit Cafe was fantastic. Lots of raw, smoked and pickled salmon and herring. A very reasonably priced hipster spot for the Upper East Side I must say.