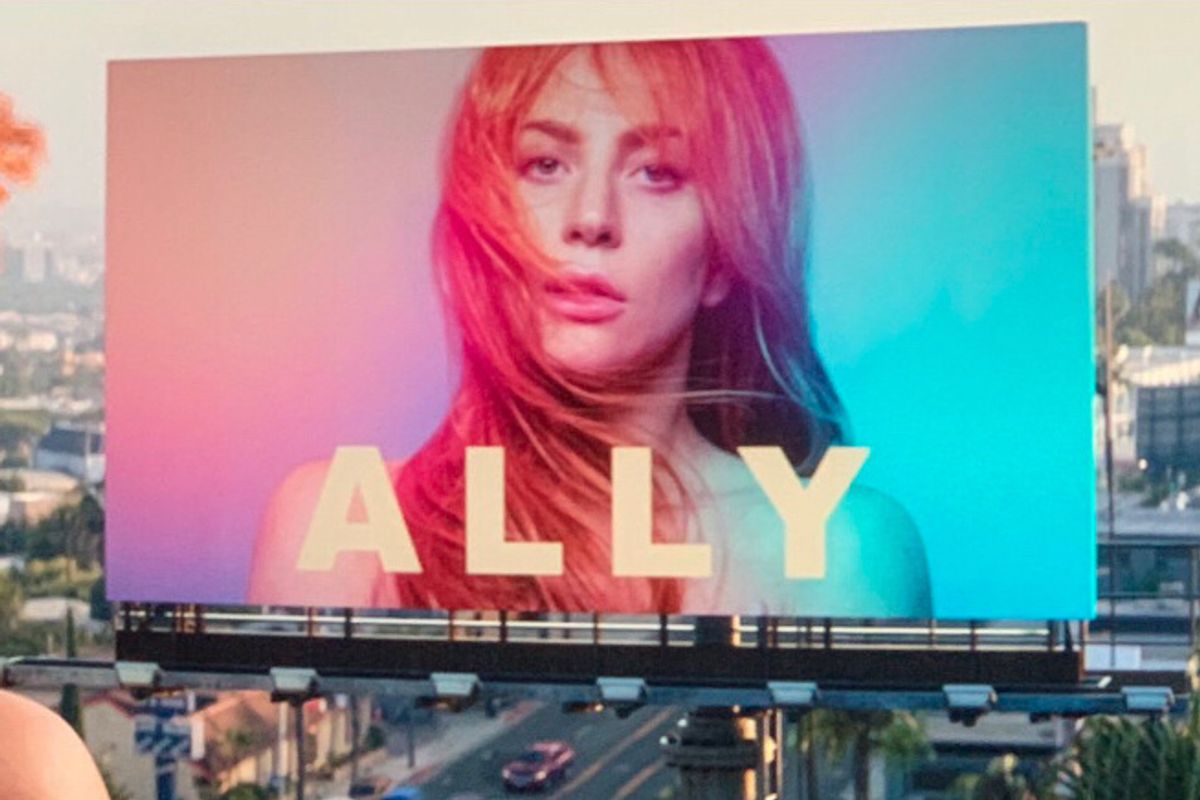 Here's Another A+ 'A Star Is Born' Meme

We at PAPER will never shut up about A Star Is Born. And the movie-slash-meme factory has given the Internet yet another gift: a meme for all the queer allies in your life.

Lady Gaga's A Star is Born character is, hilariously, named Ally (no last name, which we will also never shut up about). Stefani "Born This Way" Germanotta is of course the ideal queer ally, and the movie, which features appearances from RuPaul's Drag Race alumni Shangela and Willam Belli, seems to wink at her gay icon status.

It's especially blatant in a scene where, while Ally gets ready for an event in an opulent suite at the Chateau Marmont, her boyfriend Jackson Maine (Bradley Cooper) takes her outside to look at a billboard for her new album. The billboard, standing tall over the Sunset Strip, is very Witness-era Katy Perry. It also screams "ALLY" in all-caps, over a photo of Lady Gaga. And thus a meme was born, honoring beloved allies everywhere.