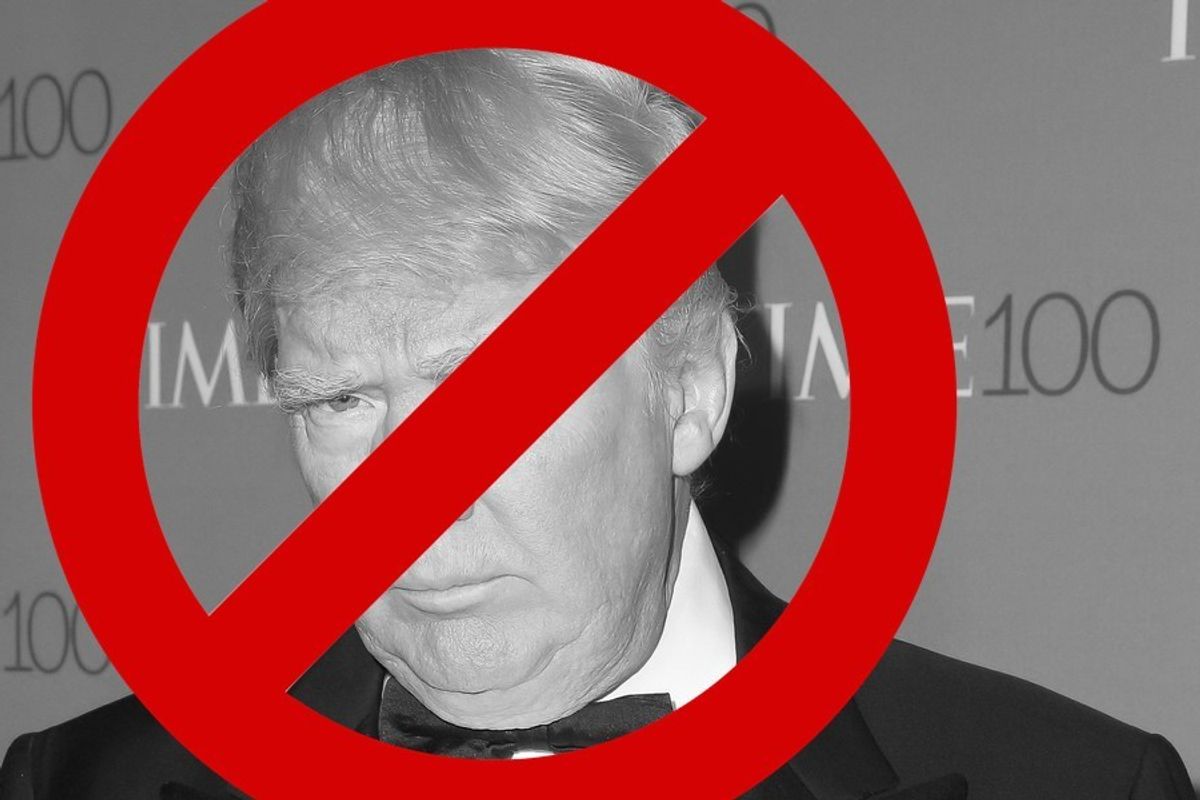 Despite yesterday being one of the most depressing days in modern history, it's important to remember that apathy has never served any of us well. So in addition to regularly donating to all the charities that will become even more important than they already are in Trump's America, we also recommend assembling at one of the many anti-Trump protests happening around the city to show that we aren't defeated. Protesters also have the option of participating in Levee's "Subway Therapy" art installation, where people are invited to write their thoughts/concerns/frustrations on a post-it and stick it on the wall of the underpass connecting the 6th Ave L and 14th St 1 train in Manhattan.

So if you're angry, astonished and in the NYC area for the next few days, here are a few of the gatherings and events you should be attending.

Also, be sure to refresh yourself with our "What To Expect When You're Expecting To Get Arrested At A Protest" piece, in the meantime.

Starting at 6 pm today, a protest hosted by the Socialist Alternative will be gathering in Union Square Park and marching to Trump Tower in a "Rally Against Trump." There is also another event run by the Answer Coalition in Columbus Circle, which begins tonight at 5:30 p.m.

For those of you more in need of a safe space dedicated to self care and community, PARTICIPANT INC will be hosting a meeting to discuss and think about "what's next." Or for the more spiritually inclined, you can also bring a candle to Carroll Park (on the corner of Carroll and Smith Streets) at 5 pm for a prayer vigil that affirms "our continued rejection of Donald Trump's bigotry, xenophobia, Islamophobia, and misogyny, and we will demonstrate our resolve to fight together for the America we still believe is possible."

NYU will be hosting a teach-in that will discuss what exactly a Trump presidency means for our country and the rest of the world. An "urgent" three-hour lecture, it will be held at in the auditorium of the King Juan Carlos Building at 53 Washington Square South.

For a more traditional protest, there will also be a "Buck Stops Here" rally that starts at noon in Union Square Park.

On Friday, there will be a "Love Rally" in Washington Square Park to stand together in compassionate defense of those Trump's rhetoric posits to be against. The event will begin at 2 p.m.

This Saturday, the International Socialist Organization of NYC will be assembling at Columbia University's Altschul Auditorium to protest Trump's election, as well as the bigotry it entails. Downtown, another "Trump is not my President" protest is planned for Union Square, starting at noon.

A little further in the future is a mass #NotMyPresident Inauguration Day protest in front of the US Capitol Building as Trump is sworn into office. There is also another protest planned for Washington D.C.'s Freedom Plaza to stand against war, racism and inequality," as well as the defense of immigrants and workers' unity.