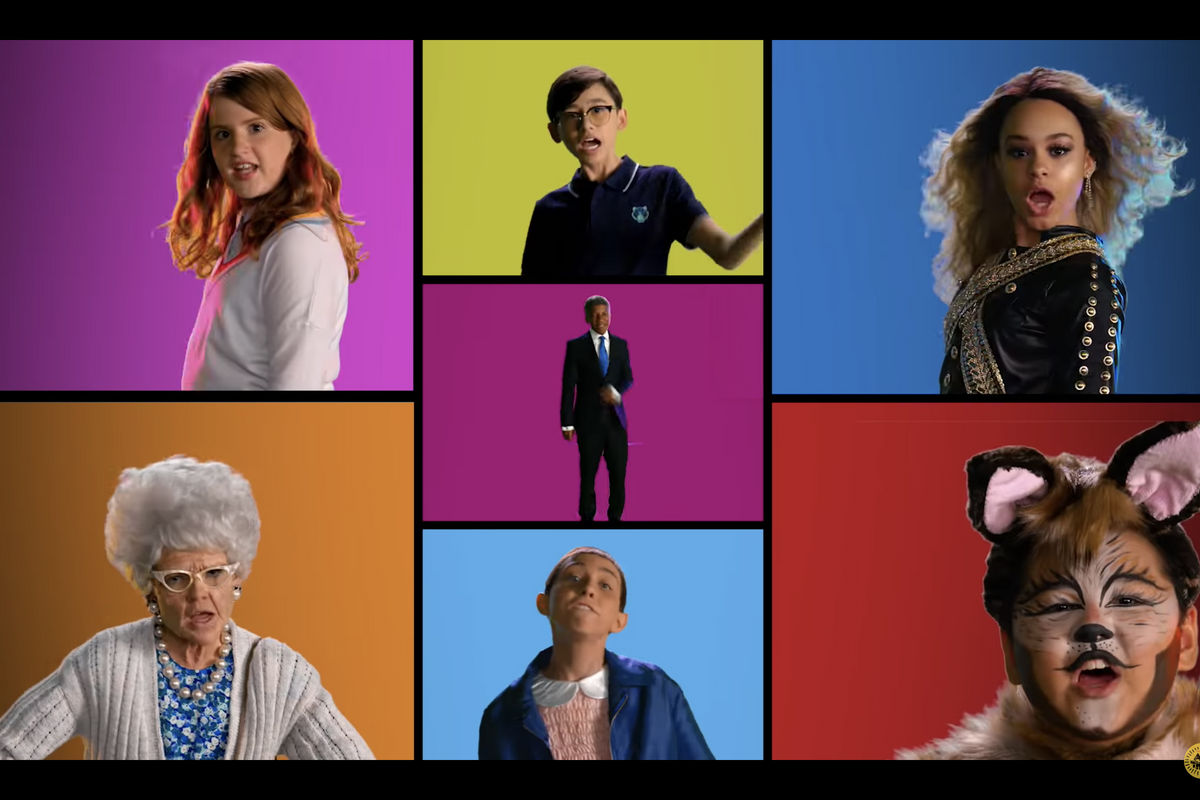 The 'All That' Revival Cast Parodied Leikeli47

If you haven't heard already, All That, the beloved Nickelodeon sketch comedy show from the turn of the millenium, is about to make a big comeback. On June 15, a revival of the show will air on Nickelodeon, featuring a whole new cast of characters. The previous iteration of the show was famous for launching the careers of some of pop culture's most lasting stars, with the likes of SNL's Kenan Thompson and our Break the Internet cover star, Amanda Bynes, appearing on the roster.

To introduce the new cast, All That put together a parody of Leikeli47's smash hit, "Money," titled, "Funny." Those familiar with Leikeli47's work might find it hard to conceive of a Kidz Bop-like reimagination of the track, but the overall effect isn't cringeworthy. Although, the simulation has to be glitching. If someone would have told me that the masked rapper's material would serve as the basis for a kid's television show segment back when she released her 2015 self-titled project, featuring "F**k the Summer Up," I definitely wouldn't have believed you.

The segment also features a few O.G. cast members — including fan fave Lori Beth Denberg — as the casting panel for the kids showing off their impersonation skills. Impressions of Barack Obama, Ariana Grande, Millie Bobby Brown and Beyoncé are sure standouts. Kel Mitchell also appears in the skit, in addition to getting an executive producer credit alongside fellow Good Burger star, Kenan Thompson.

Many fans on Twitter expressed skepticism with the new spinoff, but Nickelodeon had the clapbacks ready for the haters. Here's to hoping there's more Leikeli47 covers on the show!

@Splasher34 @spiicy_taco Noooo it’s actually hilarious and this is a sweet little music video made by kids for kids 🤗
— Nickelodeon (@Nickelodeon)1559184395.0