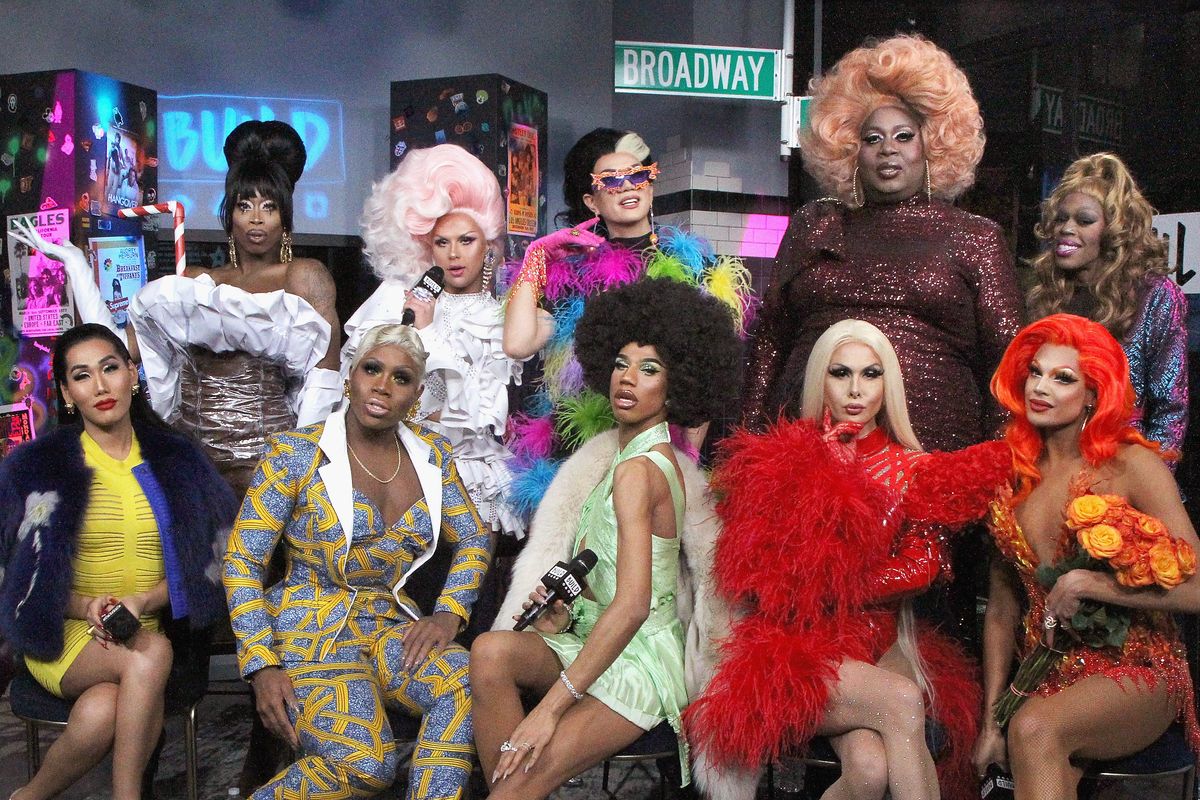 The 'All Stars' Season 4 Finale Will Leave You Gagging

It's been one hell of a rollercoaster season for RuPaul's Drag Race All Stars. As it turns out, Manila Luzon's savagely shocking elimination via Naomi Smalls wasn't the biggest shocker of the season. The grand finale for season 4 left everyone gagging because the competition crowned not one, but two All Stars 4 queens.

Both Trinity "the Tuck" Taylor and Monet X Change made it to the Drag Race Hall of Fame on Friday night. This left fans gagging — for some, in a good way, but for most, not so. A lot of violent and negative reactions arose from this controversial coronation, and much tea was spilled on Twitter regarding this whole season.

Congratulations to the true winner of RuPaul's all star 4#AllStars4 #ManilaLuzon pic.twitter.com/iCW6nZCkrX

Some viewers tagged and mentioned RuPaul's Drag Race Season 10 winner Aquaria in their reactions, comparing her and her season to the All Stars 4 competitors and the top 4. This did not sit well with the 23-year-old drag queen. She tweeted, "I'm horrified by some viewers response to these four talented queens and it has made me so genuinely sad that people feel okay sharing these opinions and hate."

She continued the thread, "The discredit all of these girls are receiving is so sad and the amount of biased, racist, or uninformed comments really are disappointing to see from a *community* that allegedly values all things equal and right." Read the full thread, below.

Please stop tagging me or using my name in your disgustingly negative posts about last nights results or competitors. I’m horrified by some viewers response to these four talented queens and it has made me so genuinely sad that people feel okay sharing these opinions and hate.

Also this goes beyond the results of last night. The discredit all of these girls are receiving is so sad and the amount of biased, racist, or uninformed comments really are disappointing to see from a *community* that allegedly values all things equal and right. Shame to those.

And before we go in on the *viewers* -not fans- and how we expected this gross display of negativity, I must seriously urge u to stop watching if u hate it so much. We appreciate ur support and yes it’s a tv show but we are artists and this is most of our livelihoods.

I would be horrified to be seeing this as an incoming queen (s11 and beyond) and we have to get a grip on this ongoing response of negativity and racism because we are losing what makes this show so special for so many young individuals. I think it is also the responsibility

Of the queens and the distributors of the show to think before they act and not allow vile scenarios of bigotry and bias to develop in the discussion. I think as fans, we must also never stand for the negativity and never support those who allow it to flourish in such a community

Honestly and don’t even try to fight me because I’m correct. I see plenty. I’ve experienced plenty. This is my life and these are my friends or at least human beings. Like if anyone has any bit of insight on what might be right, it could possibly be me or one of us at least.