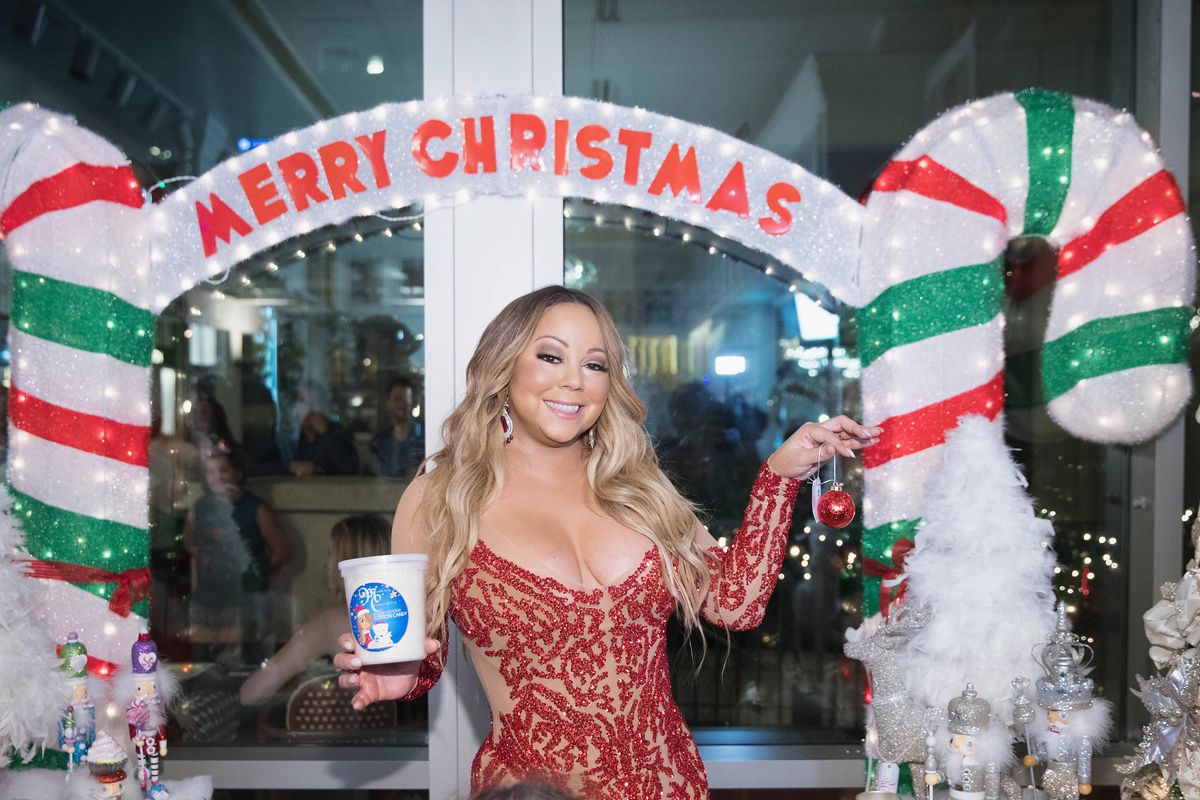 'Tis the season, lambs! For Mariah Carey's perennial 1994 bop "All I Want For Christmas Is You." A holiday hit far more successful than you can ever know, according to Billboard, which has declared the song its highest-charting Christmas single in 60 years after it rose to number six this week. "All I Want" is actually the second-highest charting festive track of all time, behind David Seville & The Chipmunks' "The Chipmunk Song" from 1958. Never heard of her.

Carey's classic, which she wrote and produced alongside longtime collaborator Walter Afanasieff, has always been beloved, but appears to get more popular with each passing year. It gained top ten status in the Billboard Hot 100 for the first time during the 2017 festive period, peaking at number nine. This year it entered at number seven, then climbed further to number six.

Why exactly is "All I Want" so popular? Well, everyone loves the concept of a fun, seasonal song (retail workers exempted), but the vast majority of them are nearly unlistenably tacky. Carey's take on Christmas is definitely cheesy, but it's also a remarkable showcase of its singer's nearly unrivaled vocal powers. When she hits! That note! You feel it. Plus, the song is pleasingly retro. It sounds so 60s, you almost suspect it's a cover.

Then there's the fact that numerous musicians (from My Chemical Romance to Ariana Grande) have covered the song. It also features in Love Actually, a piece of pop culture that's similarly synonymous with this time of year. And Carey herself has leaned heavily into its popularity via Christmas-themed performances and promotional events, not all of which have gone super smoothly. The song has an accompanying children's book, and there was even that "All I Want For Christmas Is You" episode of "Carpool Karaoke." Oh, and there are no less than three different music videos.

"To me, it's kind of a cosmic occurrence that happens once every five billion years. Thousands of original Christmas songs have been written in the last 20 years. It's not like no one writes Christmas songs; everyone is trying to get a Christmas song."

Related | Mariah Carey Is Bringing Her 'Glitter' Songs on Tour

Long live "All I Want For Christmas." To Justin Bieber's "Mistletoe," better luck on the charts next year.