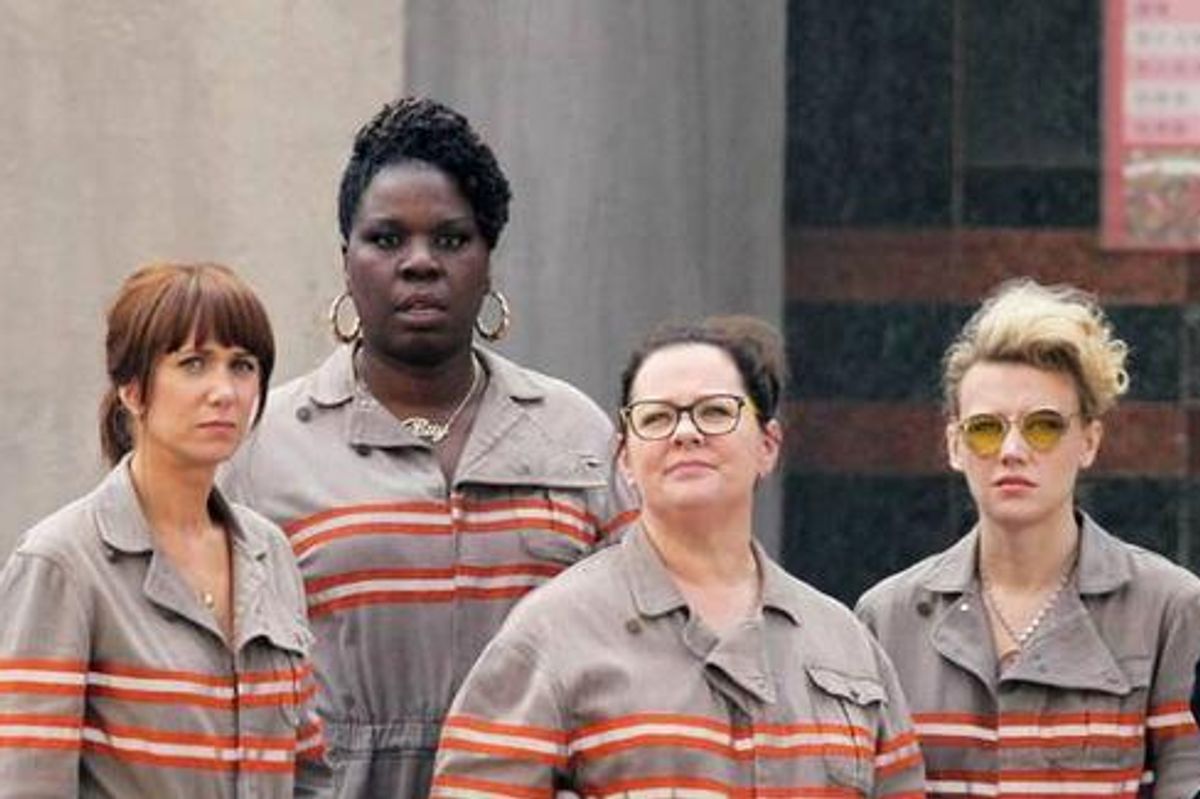 BEHOLD: The First Official Photo From The All Female 'Ghostbusters' Movie

The ladies appear to be locked in pre-battle poses, about to face off with something spooky...and neon green.

Since there is no plot yet surrounding the supernatural crime fighters, it appears that our heroes are in some sort of...hotel lobby? A uxury apartment called "Mirado?"

Would be similar to the original plot, involving GOZER THE DESTRUCTOR on the top floor of 55 Central Park West building.

Maybe it's just a shot from the ladies making one of their daily rounds.

Second theory: I'm annoying as fuck for trying to come up with a theory. I KNOW NOTHING!