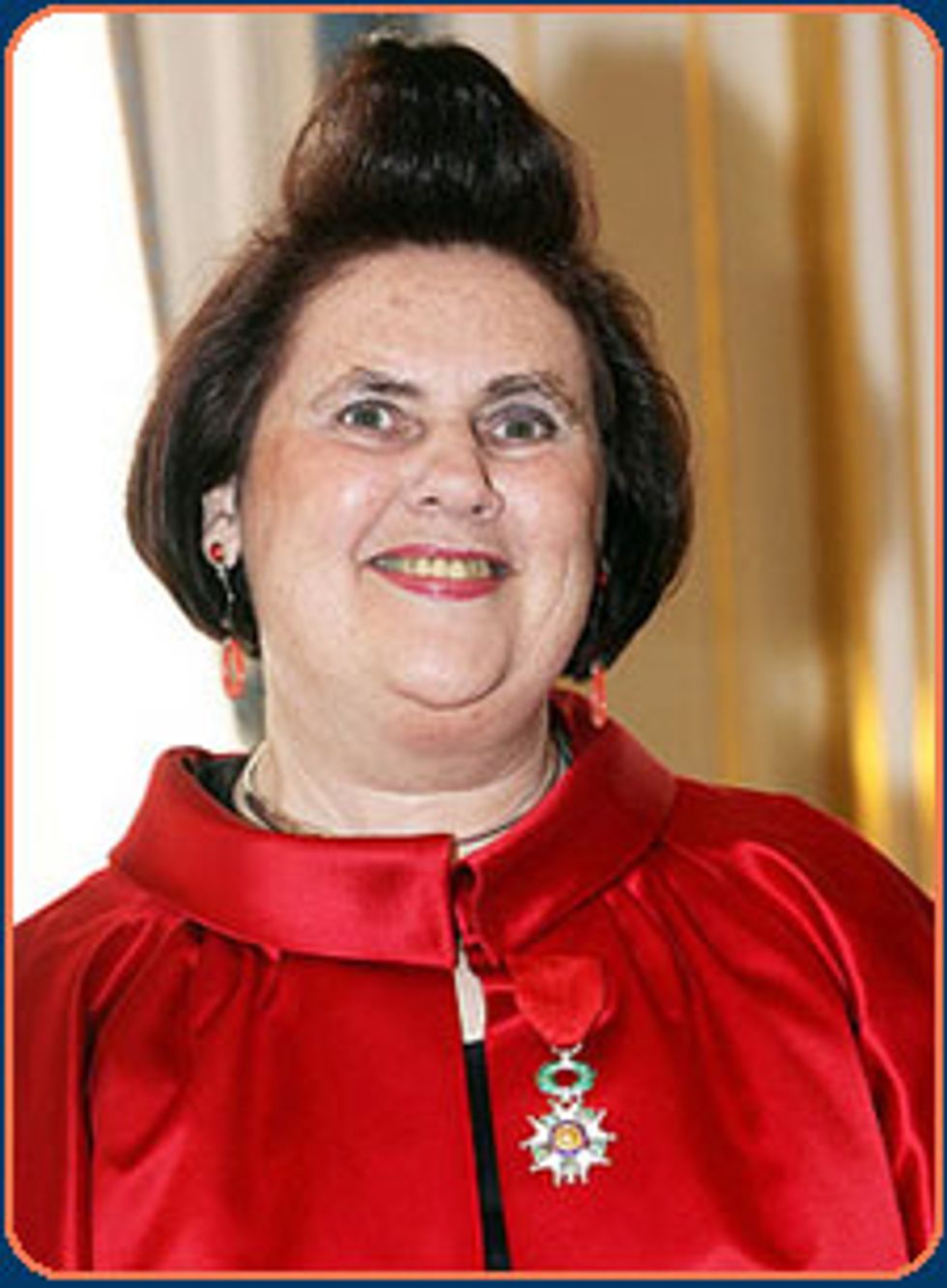 Congrats to our friend International Herald Tribune fashion czarina Suzy Menkes, who was just elevated yesterday by Queen Elizabeth to the "Order of the British (fashion?) Empire". (Mickey is jealous). Menkes, aka "Samarai Suzy" for her unique bubble top pompador hairdo and soviet woman style of reporting, was said to have dressed in a vintage couture LaCroix military look for the occasion. Suzy has been making fashion designers quake in their shoes for the past __ years, over which shes been banned from shows, had ceilings cave in on her, and this season had a huge medical dizzy spell when the music was played too loud at one of the collections.
She may be feared and sometimes loathed (if she pans your show you're in deep shit) but Suzy is a trooper and covers fashion much like a war reporter would.