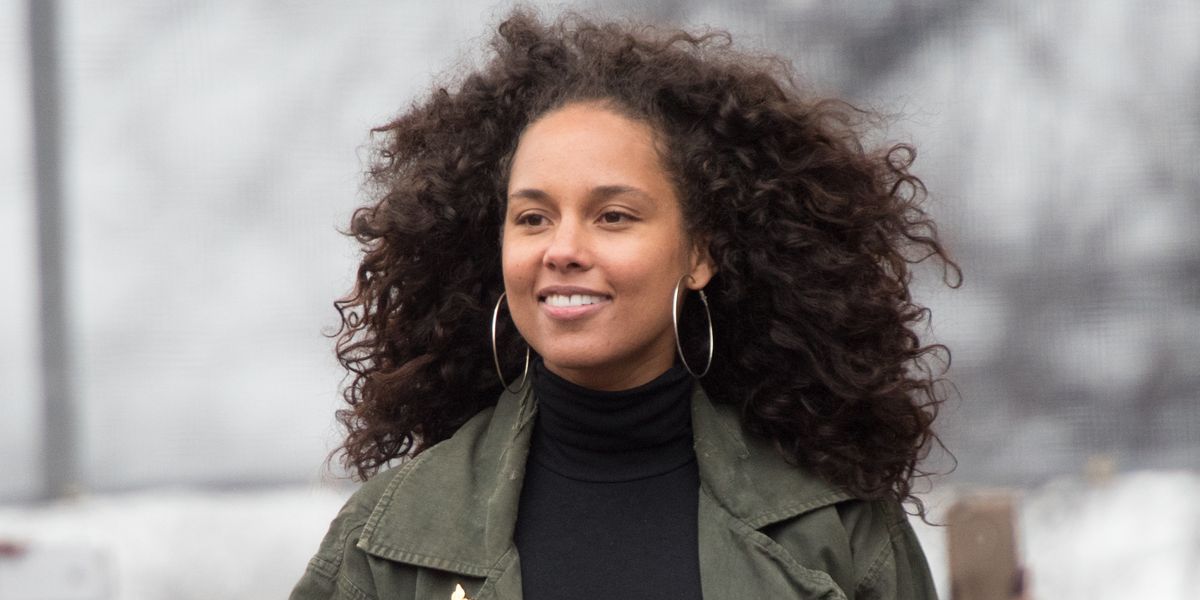 Alicia Keys opened up about a recent incident in which her son said he was afraid of what people would say if he got a rainbow manicure.

On Sunday, the Grammy winner took to her Instagram to talk about how she took her 4-year-old son, Genesis Ali, to go get a manicure. Initially, her son said he wanted to get a rainbow manicure, but after it was done, he expressed some hesitation over the decision.

Related | Alicia Keys Is the Hostess With the Mostest

"He looked at me and he said, 'Mommy, I don't want this on my nails,'" she recalled, before explaining that he was scared that, "'People are not gonna like it.'"

"Can you believe this? Four years old. He's four! And he already understands the concept that someone is gonna judge him because he chose rainbow colors on his nails," Keys said. "I told him, 'Why? Nobody's gonna judge you. They're gonna love it. Look how creative you are. Look how amazing. Stick with it. You chose it. You liked it. You do it. Who cares what anyone else says?"

Keys then said she went on to tell him that "a lot of guys paint their nails" and it's not "some strange thing that you only do" — which made him "feel better" — before opening up a larger discussion surrounding judgement and toxic masculinity.

Beginning by talking about how the incident "got me to thinking how completely judged we are all the time," Keys said that while she feels comfortable embracing her more masculine side, it's frustrating that her sons can't do the same thanks to the expectations and limitations attached to masculinity.

"The way I see it is that there is masculine and there's feminine energies inside of us all, period. That's just how it is," she said. "And it gets concerning to me that we can't just explore these different sides of ourselves, you know? These different energies that are within us."

Been thinking about how over labeled and over judged we all are... can u feel me??