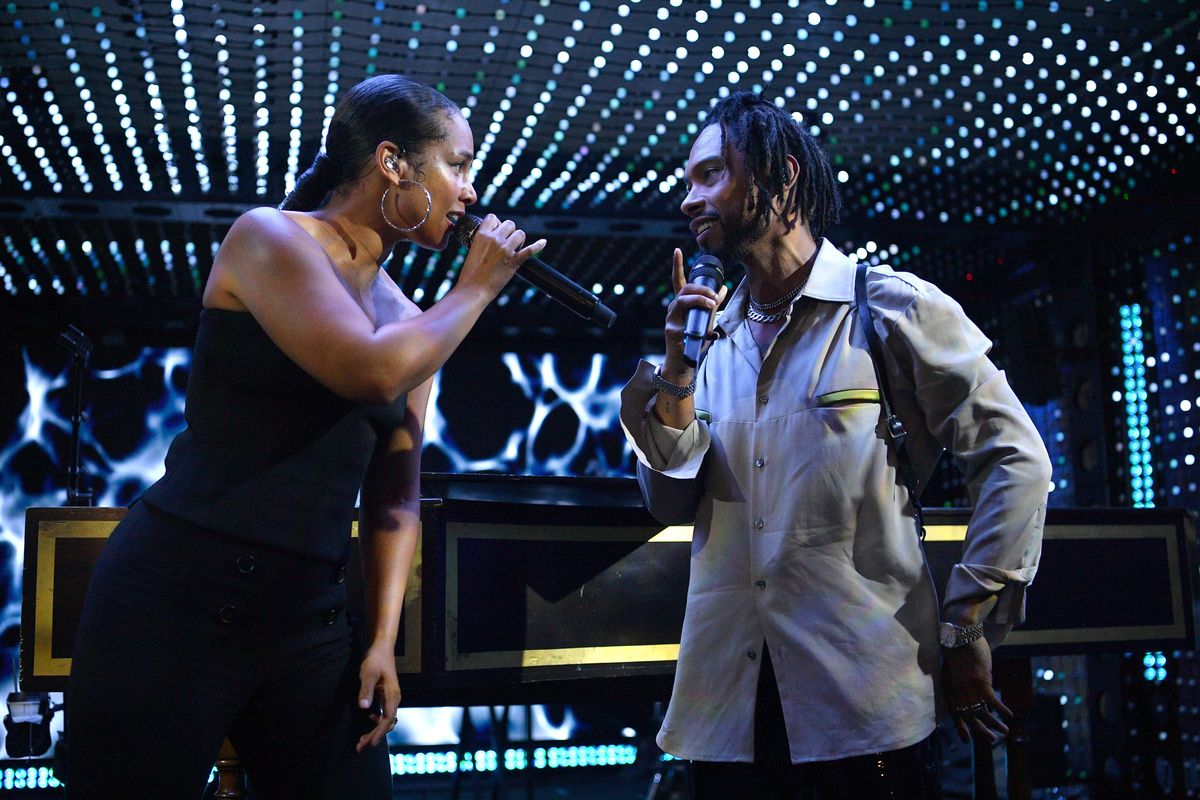 2019 is the year of unexpected yet ingenious collabs with Alicia Keys. First, SZA and Alicia Keys covered Aretha Franklin at the Grammys. Then, Keys joined Tierra Whack on stage for a surprise performance at Afropunk. Honorable mention to Keys covering Billie Eilish's "Ocean Eyes" on Instagram — not quite a collab, but we'll take it. And now, Keys teamed up with Miguel for fiery new song "Show Me Love."

But the power of the collab doesn't end there. The soulful new R&B track is accompanied by a new music video directed by Cara Stricker. The sonic installation features Michael B. Jordan, Zoe Saldana, and her husband Marco Perego Saldana in a triptych expressing different stages and experiences of love.

Keys gave a brief explanation about the visuals in her Instagram post, in case you're the kind who likes to read the book before you see the movie.

"The many experiences of love: self love, love with another, love from creating, spiritual love. The push, the pull, the struggle, the joy, the eventual peace," Keys wrote.

Stay tuned: Keys explains in another post that "Show Me Love" is from a forthcoming project. Her last album Here was released in 2016.