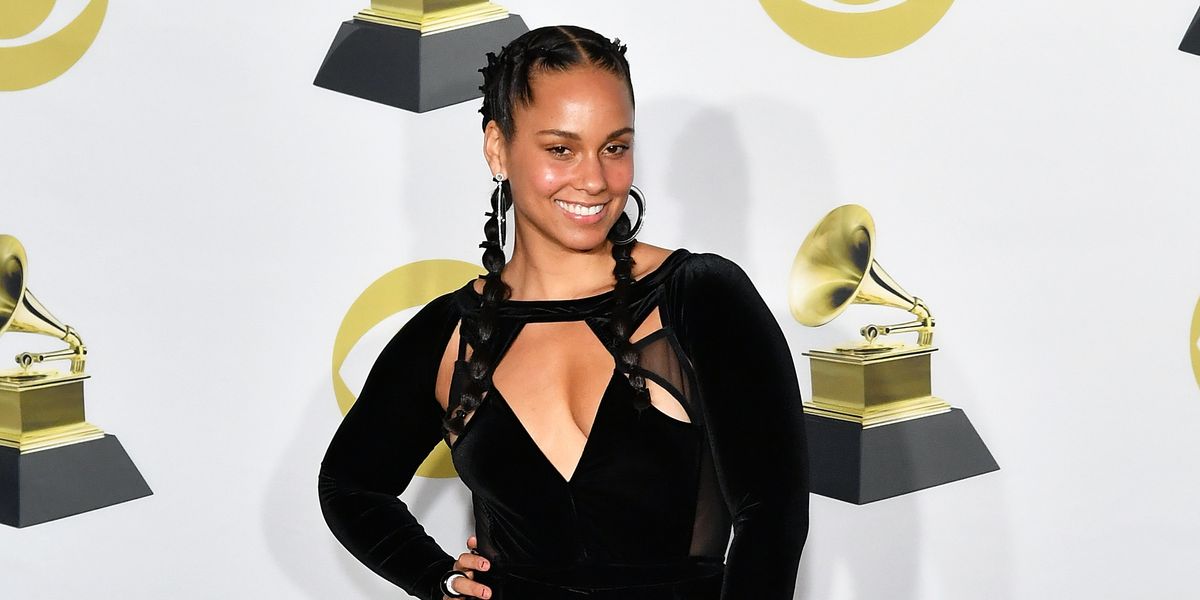 Alicia Keys Is Hosting The Grammys

Alicia Keys has spent a lot of time at the Grammys over the years (she's received 29 nominations and 15 awards), and now she's gonna run the whole damn thing.

She's a bit of a curveball for a job typically reserved for comedians or comedy-adjacent entertainers -- but one we're fully here for, given that we'd listen to her on the phone with customer service if it meant experiencing her liquid gold voice and ever-cool charisma.

Astoundingly, Keys will be the first woman to host the ceremony in 14 years, following Queen Latifah in 2005. She takes over from James Corden who presided over the 2018 and 2017 ceremonies. Before Corden was a 5-year run with LL Cool, preceded by Queen Latifah, Jon Stewart, Rosie O'Donnell, Kelsey Grammer, Ellen DeGeneres, Paul Reiser, Gary Shandling, Whoopi Goldberg and so on.

Given the recent controversy over the Oscar's host discussion, it's easy to understand the Recording Academy taking a safe route. With Keys at the the ceremony promises words of wisdom, airtime spent on representation and social justice, and if we're lucky, some spoken word poetry (a la the 2016 MTV Awards).

It's genuinely exciting see a woman of color finally host again, in a year when so many women are up for top awards -- including five of the eight nominees for album of the year, including Cardi B, Brandi Carlile, H.E.R., Janelle Monae and Kacey Musgraves.

The choice, on top of the nominations, is a much-needed pivot for the Grammys after Recording Academy president Neil Portnow told Variety at last year's male-centric ceremony that women "need to step up," when asked about the gender-skewed nominations. Last year Lorde, who was 2018's sole female nominee for album of the year, protested the performance portion, sitting out after all male top-album nominees were offered solo performance slots, while she was only asked to join at Tom Petty tribute.

Keys shared her reaction to being offered the gig in a BTS documentary-style trailer, which includes footage of her studio, at her Grammy announce photoshoot, and telling her mom and hubby Swizz Beats:

"I know what it feels like to be on that stage, and I know what it feels like to be proud of the work that you've put in, and to be recognized for it," Keys says in the clip. "I just feel grateful that I'm able to bring that light and that energy. This is a first – it's a first, and it's amazing, and I think it's perfect timing. Honestly, I'm really excited, I feel really good about it, because I feel like it's the perfect opportunity for me to give the light back, lift people up, especially all the young women that are nominated."

The Grammy Awards will take place in Los Angeles on Feb. 10, airing on CBS starting at 8:00PM ET.