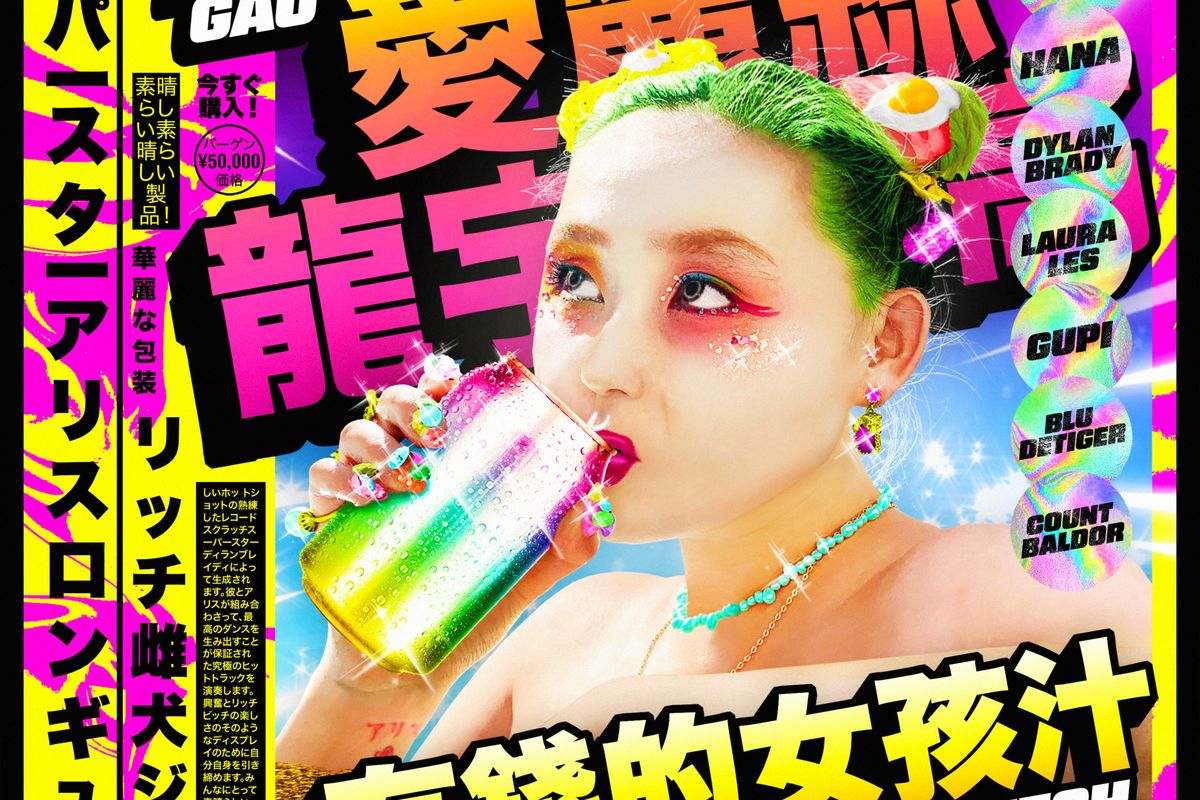 Last December, self-professed manifestation queen Alice Longyu Gao introduced us to the champagne and lime salt concoction known as "Rich Bitch Juice," and we've been living luxe ever since.

As her debut single for Dylan Brady's Dog Show Records label, the rubberized trap anthem became an underground hit overnight and even got a nod from Lady Gaga on her "Women of Choice" playlist. Since then, fans haven't been able to get enough of "Rich Bitch Juice," and luckily Alice Longyu Gao is spreading the wealth with a lavish, new remix EP that's sure to quench anyone's thirst.

Featuring remixes from both halves of 100 gecs, Laura Les and Dylan Brady, the EP covers a wide range of sounds and styles: Count Baldor's donk-filled flip, Dog Show labelmate Gupi's bright rave rework, a dark techno remix from HANA and a bouncy disco-house rendition from Blu DeTiger. The selection of artists that Gao called upon for this EP truly reflects some of the most exciting, forward-thinking names in hyperpop right now. So if you weren't already stanning all of them, these remixes would be a good place to start.

"My musician friends used their special sauce to give 'Rich Bitch Juice' more complex flavor," Gao says of the release. "For example, Dylan showed me this new synth he got right before he made his remix. He said to use this synth you must download a special software, read a special handbook and there are no buttons on the synth. This synth is used to make big sounds like a comet attacking the Earth in huge movies like Star Wars or something... I could hear he used some sounds from his new 'toy' in his remix."