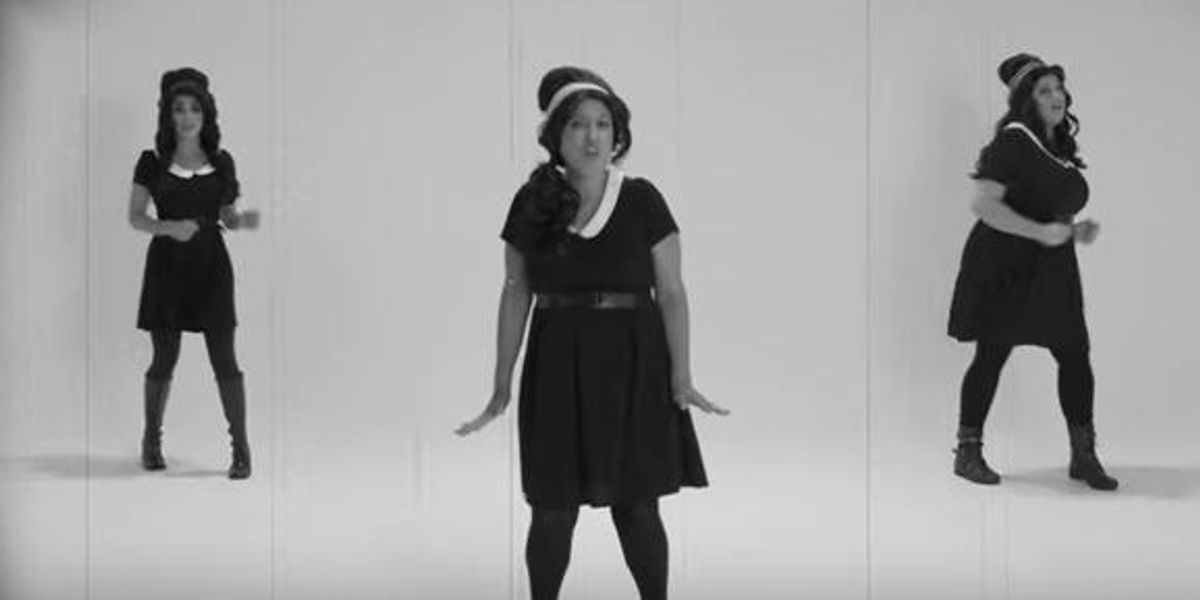 Legendary punk pioneer/feminist Alice Bag has released a new video for "He's So Sorry," a Phil Spector-sounding anthem of an empowering, call to action.

The graphic video depicts an abusive relationship, which hit close to Alice herself, who says she grew up in an abusive household.

Alice describes her childhood, witnessing her mother suffering violence at the hands of her father:

"He's So Sorry" is a song of both urgency and agency.

Nobody should risk their life waiting for an abuser to change their ways.
I grew up around domestic violence, so when a good friend of mine asked me for help and advice, I recognized that she was in an abusive situation. Our conversations inspired this song.

When I was growing up, my father would frequently beat my mother. I would often go to school wondering if my mother would still be alive when I got home. My mother would tell me that she stayed with my father for my sake because I needed to have a mother and a father. It was a different time and a different set of values.

As a child, I hated my father for beating my mother and I felt anger and frustration at my mother's inability to leave. My mother WAS NOT to blame for the abuse - that is unequivocal - but she did fail to recognize that she had the power to leave the situation. She was tethered by the fear that she wouldn't be able to survive financially and by what I imagine was societal and familial pressure to stay.

Given the current celebrity news cycle, this video feels that much more profound.