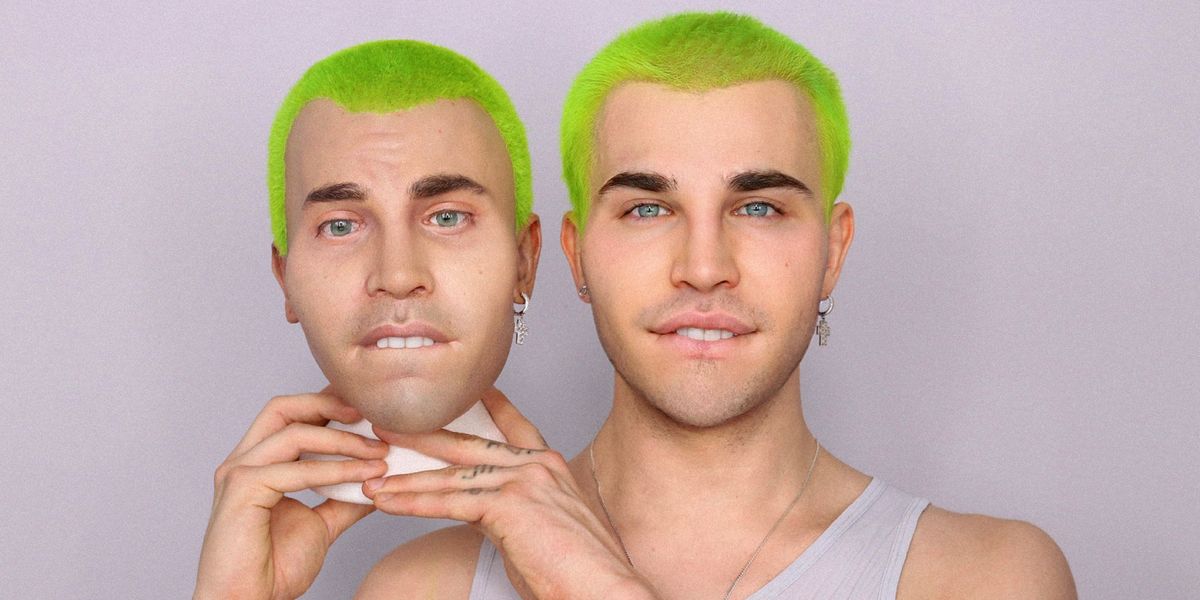 Why I Leaked a Sex Tape With My Body Double

Earlier this year, Alexis Stone decided to create an OnlyFans account to share artful nudes of herself. And while it was initially an exploration of her own sexual liberation, shortly thereafter, Stone discovered that private images from when they were 17 were being shared on an online forum.

Pointing toward comments like "you deserved it" and a view count for the sex tape numbering in the tens of thousands, Stone's latest video documents the negativity and double standards attached to these sorts of situations, particularly as a public figure. And while Exploited has been an onerous and emotionally draining endeavor, the message is an important one that needs to be heard in between a quarantine-facilitated boom in online sex work and the dearth of legislation that means there's often very little recourse for victims of these abhorrent crimes.

Below, PAPER spoke to Stone about the intensely personal project, her findings and the reasons why she believes we're still being forced to reckon with these types of ugly conversations in a post-#MeToo world.

Can you tell me about how Exploited came to be?

In the first 24 hours of starting [my OnlyFans], I was made aware that images of me were taken. Not from OnlyFans, but private conversations from when I was 17. They were put online on a forum, and the forum was sent to me. And the forum removed the images due to them being classified as child pornography. But as we both know, when something's on the internet, it's there forever. And that gut-wrenching feeling that you've had your rights taken away and stripped bare [was what really spurred] this. [It] initially came from a very "fuck you" attitude of being like, "Let me give you content worth reposting," and knowing in my head that it's not me.

This has happened to me over the years. The same as with a lot of [people]. Who hasn't sent nudes? Who hasn't consumed pornography? I mean, you can be a politician or a royal family member... I think that's originally where it stemmed from. And, of course, my love and power of makeup. It's always turning the tables and flipping the mirror.

"When something's on the internet, it's there forever."

Why do you believe you were targeted in this way?

Why opt to use a body double?

One of the most renowned ways that a celebrity is made with a sex tape, whether it's Madonna or Kim Kardashian or Paris Hilton, Demi Lovato; everyone has either used it as a marketing strategy or had it used against them. So I thought, "Well, let me take those elements of my own personal experience of sexual exploitation and do what I do best."

Looking at the commentary online, I was pretty shocked by the prevalence of the "you deserved it" comments. I guess I naively thought we'd gradually started to move away from it after the start of the #MeToo movement, but why do you think this sort of rhetoric still exists in such an overt, awful way?

People will always be attracted to the downfalls of someone's life. It's a lot more relatable than watching someone succeed, because if we could all succeed, we would all be Beyoncé. So watching someone crumble and taking that negative, pent-up energy — especially in today's society — involves being politically incorrect.

I've always said the world doesn't always need more heroes. Sometimes it needs that target or that monster for people to really lash out on. That's the position I've put myself in for years and I can deal with that. Is it easy? No. Are the emotions that I [display in my videos] real? Of course, they're real. For the last few days, every time I've gone into town, people have thought they've watched me having sex. I've had people come up to me and ask me and send me their condolences saying, "I'm sorry you're having to go through this." But they only do this now because it's done to the scale it was. Prior to having my images leaked or having my images leaked at that earlier date, no one batted an eyelid. It was, "Well, you're famous. You're gay. What do you expect?"

I completely understood [Exploited] was going to invoke a lot of emotions in a lot of people, and it's a scary place to be in as an artist, but you just have to have integrity and know your truth throughout this. And I knew going forward that the message that I was putting across was strong and a conversation that needed to be ignited. [But it was also] a conversation I wasn't aware of until I endeavored on this path of being in the adult sex industry to whatever degree people want to classify that as.

When you've stripped someone bare of emotion, relatability — viewing them [without] having compassion or empathy and in an intimate environment of having sex — it's very dehumanizing. So people will talk to you like shit. Whether you're [putting yourself out there sexually or] getting plastic surgery, it's the unachievable, so you're already an alien. So it's similar to previous things I've experienced. I was prepared for it.

"The world doesn't always need more heroes. Sometimes it needs that target or that monster for people to really lash out on."

I know you leaked your own tape in order to regain a modicum of ownership over the situation. That said, for some who have experienced a similar violation, doing this may not necessarily be an option. What was your argument then in favor of doing this?

Given my platform, I'm very blessed and I get to pull in a lot of audience members. [But if I didn't do this, with my ability] to gain people's attention — if only for 24 hours or 60 seconds — I would be doing an injustice to my own experiences and trauma when it comes to sexual exploitation, but to those around me.

It's a too-familiar story too... Leaking the sex tape was a crucial part of this in relying on the negativity and hatred from others in distributing that video. But it was also a turn of events when I realized that the thousands of people were protecting me. It was a very humbling, emotional response which I was not prepared for — whether that comes from my own mental view of myself or past experiences. The video was distributed and in the 24 hours, it was viewed over 10,000 times and retweeted. That really was the focus of me leaking the tape. Would people turn a blind eye? Would people encourage the sharing? And it just goes to show 10,000 people were curious enough to copy and paste it, send it to their friends, put it in a group conversation and distribute a sexual exploitation.

In quarantine, a lot of people — predominantly women, queer folx, and people of color — have turned to places like OnlyFans to basically make ends meet. And even though everyone is pretty well aware of this, why do you think we're still having to argue that it's not okay to leak something non-consensually? Especially when we're talking about people's livelihoods here?

I think people have this mindset that we owe them something. That if someone pays $15 for a subscription — the cost of a nice cocktail in New York — people own you. And it's this mindset of complete disrespect and disregard to someone being human [that happens]; because we've digitalized them through looking at them from a screen.

The internet cannot be policed, and it's the same laws that have existed for the last 20 years — that images can be reshared until reported. And at that point, it's too late. There's no tracking, there's no removal for mass images unless you're a multimillionaire. People have this bizarre mindset that we owe them something. And that something tends to be our body.

[In my case], people paid for private images and distributed them — they were not aware that it was a body double. But that just highlights the overriding message: There's no protection on the internet.

People say, "Well, what do you expect?" I expect more from people. I expect respect and someone to sexually liberate my body with me through a transaction. The same way that, when my plumber comes over to fix my drain, I don't ask him to then fix my light bulbs and lay my carpet down free of charge. So it is a blurred line, and I don't think it's going to be fixed anytime soon.

"People have this bizarre mindset that we owe them something. And that something tends to be our body."

I'm sure it's been emotionally draining — reliving your own personal experience with this all.

Yeah. It's a project that I'm keen to wrap up. It's been a weekend.

That video I uploaded of me very emotional — which is now private — that was real. People say to me, "Well, you're a great actor." But I have a lot of emotions and I have a lot of negativity reading comments saying, "This is what I deserve," "I'm a monster," and "What do you expect?" You put on a front that you're this cold femme-fatale because you've achieved a certain level of something, but people don't realize you're still a 26-year-old guy dealing with emotionally unstable personality disorder behind the screen. So yeah, for now, it's hanging up the masks.

[The first video I made about the leak] — I've since made it private — had started to trend on YouTube as number 35. It was scary. That was the highlight of the bulk of what I have done over the last five years of my life. A video of me having a mental breakdown was more interesting to viewers than watching me discuss a project. And that really spun more light about what could potentially be another project and what we gain enjoyment from — which is the downfall and cancel culture — but that's not something I'll ever be diving into, because that's just too close to home.