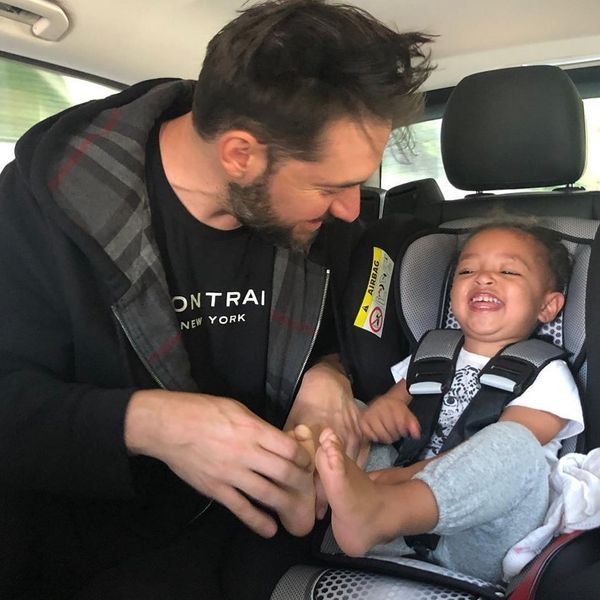 Serena Williams' Husband Wants to Learn to Do Daughter's Hair

Alexis Ohanian Sr. has always been a vocal advocate for paternity leave and fathers being equally involved in bringing up their child. Now, the Reddit co-founder, who is married to Serena Williams, has revealed he wants to learn how to do daughter Alexis Olympia's natural hair.

"Just applied to join 4 private Natural Hair Facebook groups. I hope they don't auto-reject my application when they see my profile photo," he said in a Tweet, adding that it was all so he could acquire the skill: "I told them it was to keep getting better at doing my daughter's hair."

Most followers were pleased to see his involvement and suggested different ways he could learn to do it on his own including watching YouTube tutorials.

"The power of YouTube is unmatched in this space honestly," one Twitter user suggested. "Helped me level up my hair styling game substantially. Also IG can provide a lot of style inspo through hashtags and you can create a private board."

@alexisohanian Also the power of YouTube is unmatched in this space honestly. Helped me level up my hair styling ga… https://t.co/mbQ7ZMh0Fw
— B. Laurie (@B. Laurie)1558050051.0

Others simply commended his initiative. "If all dad's were as good as you the world would be a better place," one user said.

This isn't the first time Ohanian Sr. has chimed in for the issue.

The internet entrepreneur previously partnered with Dove Men + Care to push for a grant program with a $500 award to expectant fathers who weren't granted paid leave at work.

"No dad should have to sacrifice taking leave, and I've been very public about taking mine in an effort to show other men that you can still be an ambitious businessperson while also taking time for your family," he said in a statement earlier this year.