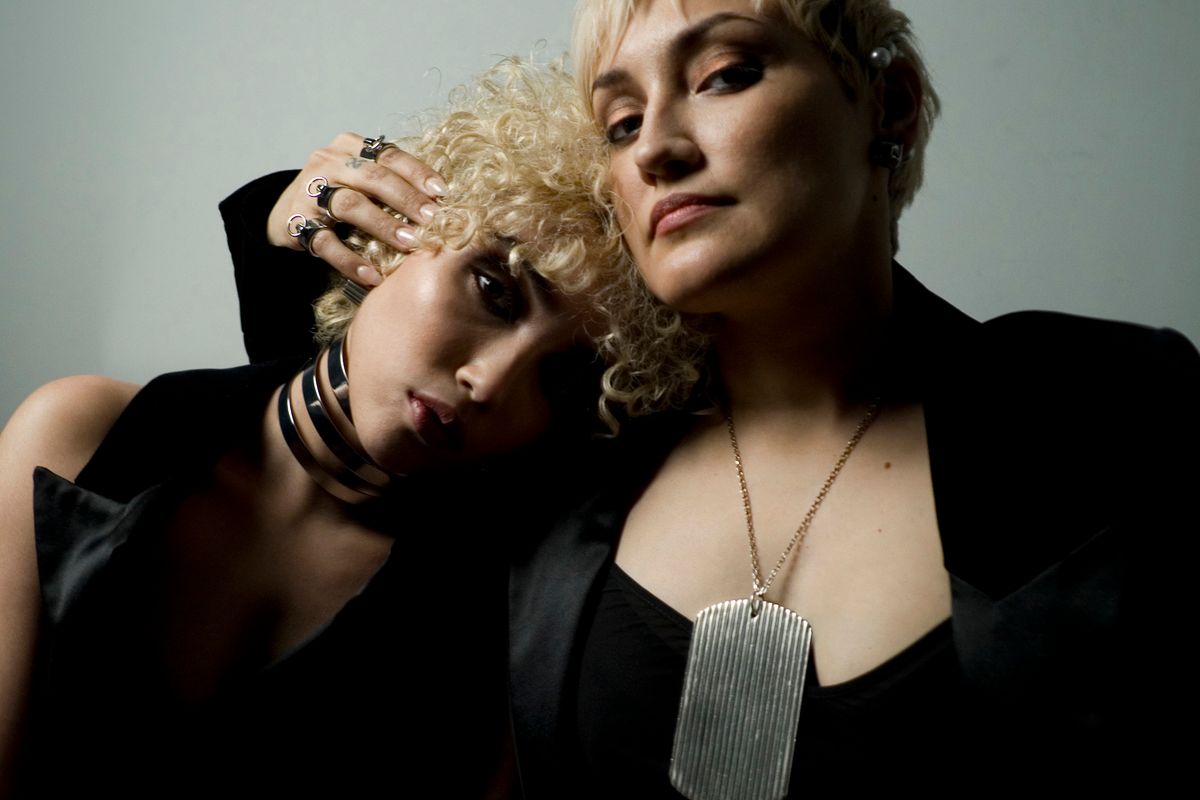 Alexis Jae and Her Mom Love These Edgy Accessories

Model, social media star, and native New Yorker Alexis Jae is a style icon at 19 years old who is unafraid of experimenting with trends and moving from one bold look to the next. Part of her stylish flare she gets from her mama, Jennice Jae, who she says is a supporter of local artisanal designers.

"She knew BOND Hardware before me and she saw that I did a photoshoot for them," Jae tells PAPER. "She was like 'Oh my gosh! You did a shoot for them!'" She told the Brooklyn-based jewelry brand's co-owners Dana Hurwitz and Mariah Pershadsingh about her mom's love for their fearless,"aggressively minimalist" accessories, and they decided to do a mother-daughter collaboration for BOND's new "Single Blade" collection — with the photos (taken by Pershadsingh) exclusively released on PAPER.

Hurwitz began designing BOND's looks as a student at Pratt Institute. It was born out of creations for herself, Pershadsingh, and friends when attending warehouse parties and "Susanne Bartsch-type" functions. The young designer wanted to make visually expressive accessories that could be worn formally as well as casually. It was nothing big at the time. "But then Sharon Needles won the first season [of RuPaul's Drag Race] and she wore one of the pieces from our prototype collection to a rooftop party at Le Bain celebrating her win."

And while many of their previous designs took gothic inspiration, their new collection is a lot more sculptural and abstract. In 2018, BOND is turning a new leaf in terms of production by having everything crafted in New York City and made with nickel-free silver and metals, which the brand believes is much more appealing for mothers who want pieces that last — BONDs that last.

Pershadsingh says that this particular photo shoot was a good way of testing the question of "Would my mom wear it?" And as we can see with Mrs. Jae, mom certainly can.