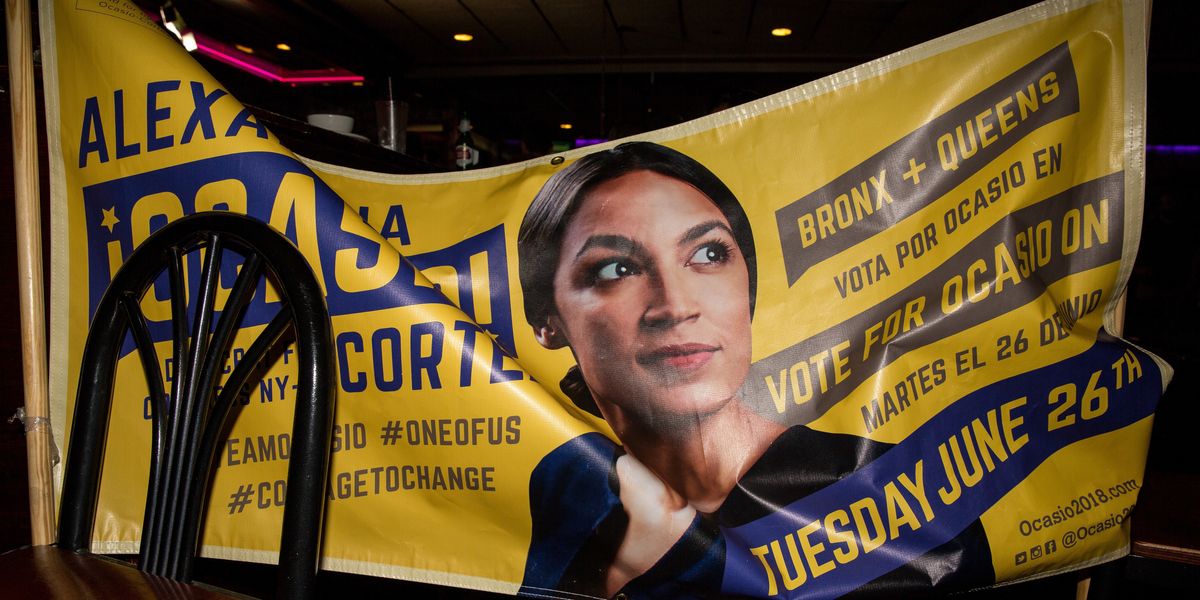 Yesterday, 28-year-old Alexandria Ocasio-Cortez defeated 56-year-old 10-term incumbent Joe Crowley in the primary elections in New York's 14th congressional district. Crowley has been running unchallenged for 14 years, and was predicted to be a future successor to Nancy Pelosi as Leader of the House of Representatives. Ocasio-Cortez won with more than 57 percent of the vote.

Ocasio-Cortez, who is a card-carrying member of the Democratic Socialist movement, is running her first campaign. Her platform includes universal Medicare, abolishing ICE, gun control, a $15 minimum wage, and the end of private prisons.

She is from the Bronx, and is the child of working class Puerto Rican and Puerto Rican-American parents. She has worked as a community organizer for Bernie Sanders' presidential campaign and on Senator Ted Kennedy's staff. She has also worked as a bartender and a waitress to support herself and her family.

Ocasio-Cortez is running to represent the Bronx and Queens, where half the population is immigrants and 70 percent are people of color. She ran her campaign without accepting any corporate donations, and is passionate about representing people who don't usually see themselves represented, namely working class and low income people of color.

She says that she didn't consider running for a long time, because she felt the only way to win an election was if you came from wealth and social influence. However, when she went to Standing Rock to protest the creation of the Dakota Access Pipeline, she felt she, "couldn't afford to write off our collective power in self-governance anymore out of cynicism."

Speaking with CNN, she said of her victory, "I think that really, we won because we organized. We won because I think we had a very clear winning message, and we took that message to doors that had never been knocked on before. We spoke to communities that had typically been, I think, dismissed. And they responded. When people feel like they are being spoken directly to, I do feel like they are willing - they do things like turn out in an off-year mid term primary."

If Ocasio-Cortez wins against Republican Anthony Pappas in November, she will be the youngest woman elected to Congress.