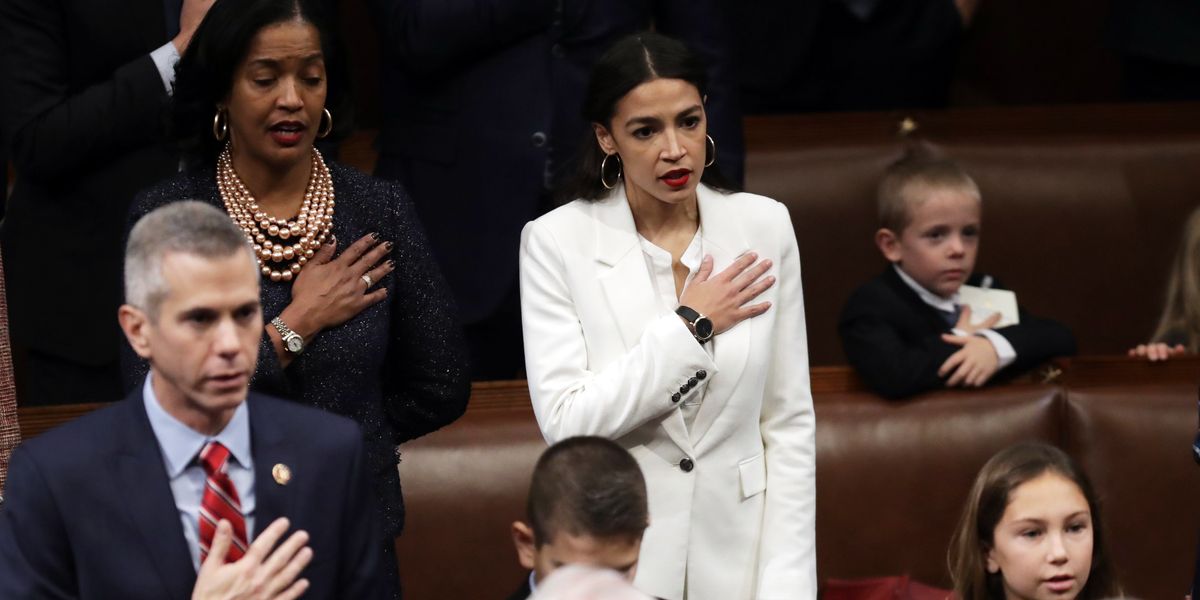 Yesterday, one of the many sad basement-dwelling men who stalk the every move of Alexandria Ocasio-Cortez and upload bizarre theories about her onto their right wing conspiracy websites uncovered a clip of the sort most millennials have embedded somewhere deep within their Facebook timelines: a lip sync Breakfast Club mashup soundtracked by Phoenix's "Lisztomania," starring a certain democratic socialist. This style of YouTube video, you maybe recall, was very popular a decade or so ago, when the internet was approximately 1000 percent more innocent.

Conservatives tried to slut shame Ocasio-Cortez for the clip, in which she, uh [check notes] recreates a fairly cheesy dance and wears normal college student clothes? But most of the internet rallied behind her. We've all done foolish things with French indie rock playing in the background. Then, this afternoon, Ocasio-Cortez responded to the minor controversy in a cool and clever way: with another dance-themed clip, filmed in her congressional offices. She didn't let them get to her for a second.

Which just gives us another excuse to celebrate her, and what she stands for. Ocasio-Cortez also wore hoops and red lipstick to her swearing in ceremony so that "next time someone tells Bronx girls to take off their hoops, they can just say they're dressing like a Congresswoman." Ocasio-Cortez believes in universal healthcare, abolishing ICE, gun reform, and a Green New Deal. She's just one of many new congresswomen shaking up the elderly white male status quo.

Conservatives are terrified of Alexandria, and she's using that fear against them to create even more of a platform for her (extremely progressive) policies. I don't believe in stanning politicians, but on the other hand honestly cannot believe that this wonderful woman is real, let alone representing us in Washington.