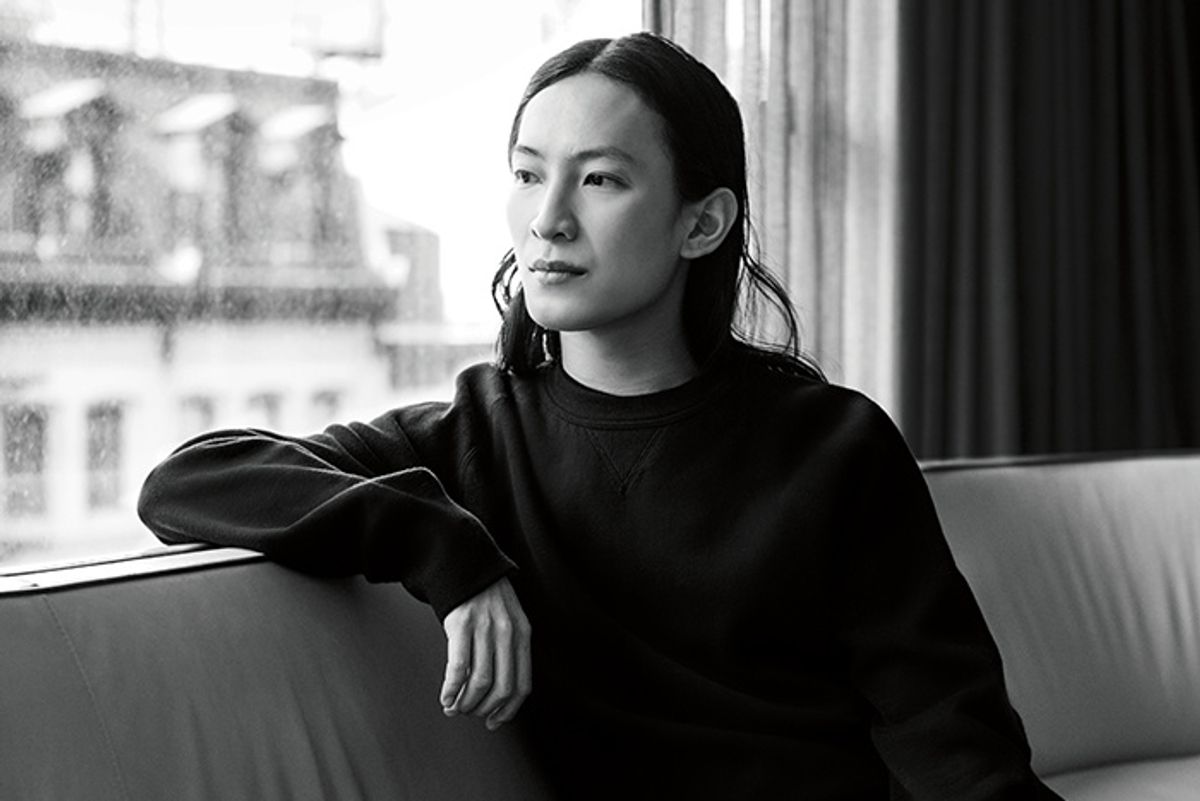 Alexander Wang On His Eponymous Brand, NYC and His Days as a Hip-Hop Teen

Interview by Mickey Boardman / Photography by Fumi Nagasaka
PAPERMAG
When I think of Alexander Wang, I think of jumping in a bouncy castle at one of his legendary after-parties, hobnobbing with A-listers in his front row and seeing some of the strongest, most modern clothes in New York on his runway. A native of San Francisco, Wang ditched Parsons in 2004 to launch his eponymous brand, inspired by his love of nightlife. Flash forward to last July: after two-and-a-half years as Balenciaga's creative director, Wang announced that he would part ways with the legendary fashion house later this year, intending to refocus on the growth of his own brand. (Despite repeated grilling, he was tight-lipped about the separation.) Meeting him for breakfast at the Tribeca Grand Hotel, I asked the 31-year-old designer about his new outlook, his take on luxury and his tips on a really epic party.

Alexander Wang: I went through many different phases as a kid. I was a raver. I was hip-hop. I grew up in the Bay Area, where you go to the mall in high school. And I went to boarding school for a while, where my look was a weird hybrid of preppy meets grunge: layered polo shirts with lots of ripped jeans.

You talk about the energy in New York being the heart of your brand. And of course your Fashion Week after-parties are huge.

Alexander Wang: I am 31 now. I'm still in love with what the city has to offer. Sometimes, if there's a weird rave in Brooklyn that Kanye is bringing me to, I want to go have an experience. Our first big after-party was in this really sweaty warehouse that had no electricity in midtown in the dead of summer. We had all these people that were coming in dresses and makeup and everything was melting, and we were just dancing and having a good time. This is what a fashion party should be like. I want to really have fun with the people that I work with and get lost a little and not feel like I'm always under examination.

You have such amazing castings. You were one of the first designers to cast models of all ages.

Alexander Wang: For our spring '09 show we had Emma Balfour. That was really exciting, because that was the season I was nominated for the CFDA Vogue fund, and I had always loved models.

Alexander Wang, breaking gay stereotypes: loving models! So do you think celebrities will always be an important part of fashion?

Alexander Wang: To say I don't care about it isn't true, because celebrities have become the new media. Some of them are friends, some are people that I'm meeting for the first time. At one show we had Lauren Hutton and Nicki Minaj, which is such a weird combo, and it's fascinating to see them together and see how they interact.

I remember one year when it was like Die Antwoord next to Nicki Minaj, Lauren Hutton and then Rihanna. You were just like, What is going on? â�¨

Alexander Wang: What reality is this?

What is luxury to you?

Alexander Wang: Having time, and having choices.

Do you think luxury has changed from what our parents considered luxury?

Alexander Wang: When it comes to objects and possessions, my feeling is that luxury used to be more ostentatious. Luxury today seems to be more personal, more subtle.

Is it possible to be cool and luxurious? Or are those things mutually exclusive?

Alexander Wang: For sure it's possible to be both luxurious and cool. Even in the same object, that is possible. Usually it is a combination of different things and sensibilities that create a lifestyle. At some moments you want to treat yourself to something really extravagant, and then you have lunch at a bodega or go to a dive bar. It's those oppositions and the choices you make that ultimately make for the most interesting lifestyle.

How does it feel now that your brand is turning 10 this year?

Alexander Wang: It's kind of unbelievable. My style and designs have evolved since 2005, but at the same time there is a core sensibility that has remained consistent. I have always liked the idea of mixing the refined with the imperfect -- creating items that are not precious. I love it when an outfit looks as if it has been thrown together quickly, even if in reality it took a lot of time. I am equally attracted to the opposite, like when someone is just a bit too overdressed for the occasion. There is a realness to an outfit that is "off," and I find that realness very attractive.

So how are you celebrating the anniversary?

Alexander Wang: We recently completed part one of the 10-year celebration: a call-out to fans via social media to bring back their favorite 10 items from the past decade. The 10-piece capsule, resulting from the most popular votes, will be in Alexander Wang stores in September. Part two is a partnership with the charity DoSomething, which supports youth volunteering and social change. We teamed up with Steven Klein and Pascal Dangin to work on a portrait series of about 40 celebrities wearing co-branded hoodies or T-shirts styled in their own personal ways. Proceeds from the sale of the hoodies and T-shirts will support DoSomething. And part three will be a big party after my show in September!

Well it wouldn't be Alexander Wang without an outrageous shindig! Thanks for the heads-up; I'll go ahead and start working on my outfit now.