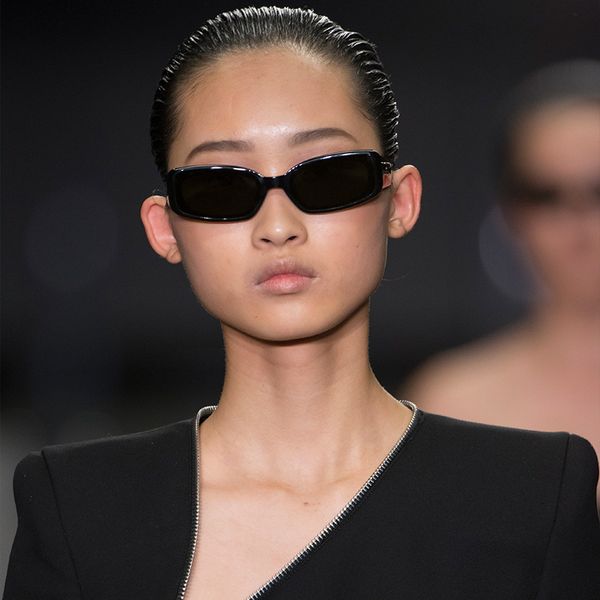 Gentle Monster is no stranger to collaborations. The Korean eyewear brand helmed by Hankook Kim has teamed up with ready-to-wear designers Xander Zhou and Henrik Vibskov and retailers including SSENSE and Selfridges. For its latest collaboration, the Seoul-based label has partnered with Alexander Wang on a range of sunglasses which debuted at the designer's New York runway show this past February.

The temples of the rectangular frames, available in red, yellow, and black, are emblazoned with the term "CEO" alluding to the inspiration behind Wang's fall-winter 2018 show. Presented between cubicles on the 21st floor of Four Times Square — Condé Nast's office building until its 2014 shift to One World Trade Center — the 34-year-old's collection made a case for edgy executive dressing no matter one's professional position.

Five months before that show, Wang stepped down as the CEO of his namesake label, handing over the reins to former Goop CEO Lisa Gersh. While he's no longer a chief executive, Wang (and the layperson by purchase starting September 7 at 9:00 PM) can serve up corner-office realness in these bold shades.

You’re Already Following Chinqpink, Now Get to Know Her