Since launching into the mainstream with her breakthrough role in HBO's teen hit, Euphoria, Alexa Demie has become undeniable. But getting to this point hasn't been easy. The 24-year-old, who also previously held guest spots on The OA and Ray Donovan, had a tough start.

Related | Angus Cloud Still Has His Head in the Sky

"I've been through a lot of things in my life," she says over the phone from Los Angeles, where she was raised. "I grew up very empathetic which I think is a very nice quality, but I didn't know how to handle it when I was younger. I would become very sad or depressed at things I saw going on in the world or to myself or to my peers." This mindset also translates into her on-screen characters, including Euphoria's Maddy Perez and in her upcoming film, Waves, a drama about two couples growing up and falling in love. 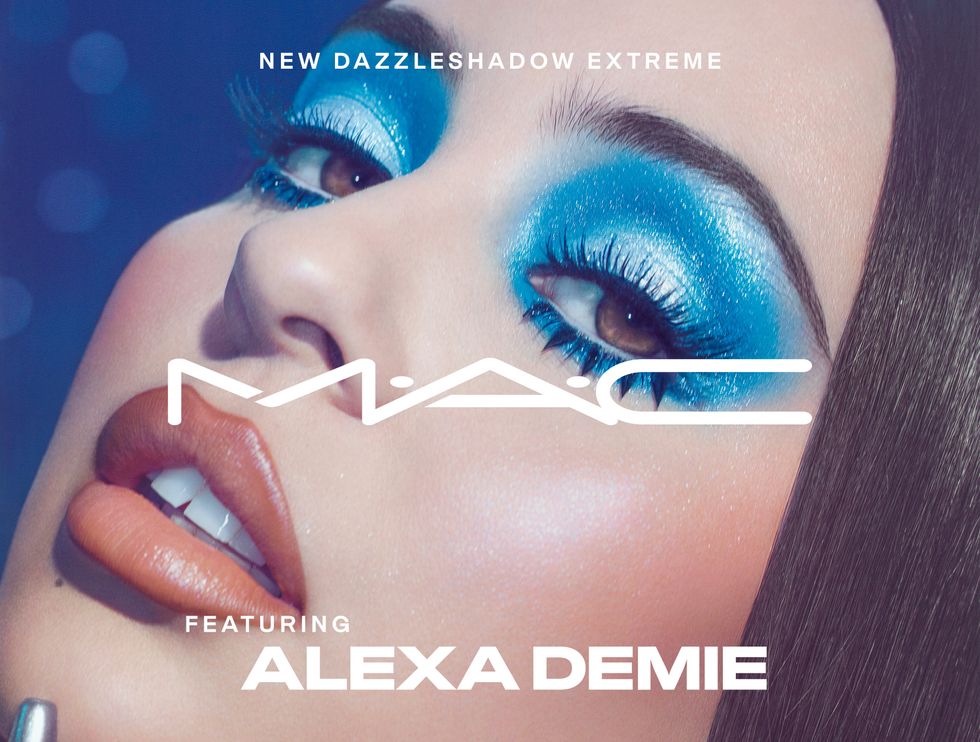 Demie, born to an immigrant who moved from Mexico to the United States, adds that the blatant lack of diversity she saw in early pop culture, fashion and beauty also had an impact on her choices as an artist. "My schools and my neighborhood were extremely diverse, so I always had friends from all different places," she says. "With a lot of bigger brands, you don't ever see a Black woman or a Latin woman or a trans person as the face. Growing up, I would never see a mixed race girl like me, so it kind of felt impossible."

This is why the entertainer has officially teamed up with MAC for their More Than Meets The Eye Collection, out now. Demie, now the role model she never saw in beauty, can be seen in a fierce, bold campaign promoting the collection. It includes 36 revamped eye-shadows, a new Dazzleshadow Extreme with one-swipe molten metallic color and 12-hour staying power, and the Eye Brows Big Boost Fibre Gel. As part of her MAC collaboration, Demie also dropped a YouTube tutorial to help recreate some of her Euphoria makeup moments.

In chatting with PAPER, Demie talks her MAC collaboration, upcoming projects, diversity in beauty and... how to make a killer mushroom latte.

I grew up with a flooded house of fashion magazines. I remember I would just sit on the floor as a little girl and go through every single magazine, so it just became part of who I was because I was introduced to it so young. And I loved it! I could have ignored those things, but I was so drawn to them and loved them. They're an escape from reality for me and I fell in love with fantasy. That's why with the imagery and makeup, it's all a fantasy that I like to recreate.

Were there any beauty icons that you looked up to?

Sophia Loren, Maria Felix, Sara Montiel, Cher and Irma Serrano, the Mexican singer who always had the most iconic makeup and craziest looks. She would take the eyeliner and eyebrows to a whole other level.

As a person of color, do you ever feel tokenized by major industries like beauty? What initially drew to you to MAC?

Yes! I do feel that way, actually. That's why I've always been drawn to MAC because MAC has always been the most diverse from day one. Even just going into the stores with my mom and seeing all the different people that would work there, and all the love and support and acceptance from everyone. I grew up in LA, and my schools and my neighborhood were extremely diverse, so I always had friends from all different places. With a lot of bigger brands, you don't ever see a Black woman or a Latin woman or a trans person as the face. That is where I think MAC has done an incredible job and continues to. Growing up, I would never see a mixed race girl like me, so it kind of felt impossible.

"With a lot of bigger brands, you don't ever see a Black woman or a Latin woman or a trans person as the face. That is where I think MAC has done an incredible job."

In other interviews, you've said that you tend to gravitate towards darker, dramatic roles like in Euphoria and Mainstream. Do you think that's a conscious choice?

I think it's both conscious and not. I've been through a lot of things in my life. I grew up very empathetic which I think is a very nice quality, but I didn't know how to handle it when I was younger. I would become very sad or depressed at things I saw going on in the world or to myself or to my peers. I just have a lot of emotions within me. These roles, it's not that they're easy for me to play, but I gravitate towards them. I also think a lot of those roles are really well-written and well-rounded, so it feels like the right presence for me. I also love comedy and I would love a comedy. Those are harder to come by. There's not a lot of authentic comedies that I'm attracted to, but it's definitely something that I'm not saying "no" to. It just happens that the roles I've done have been dramatic, so I probably will continue to play those.

I like movies that aren't in-your-face funny like Robert De Niro's King of Comedy. I really like that movie, and Bridesmaids is a staple. I love Tina Fey, Amy Poehler and Maya Rudolph. I also love Tiffany Haddish, she's really funny. 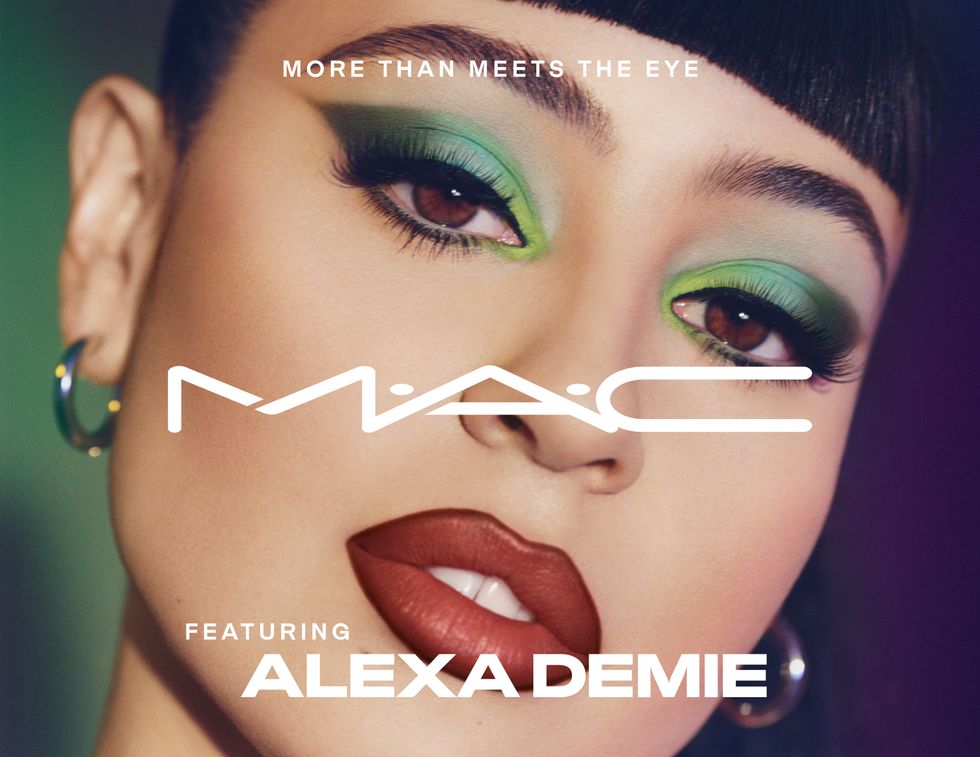 You're also in the new movie Waves alongside Taylor Russell. In one of her interviews, she talks about how you had this special mushroom latte recipe. Could you share it?

She introduced me to these things because we were living across from each other while filming, so when I finally came over to her place, she had every potion and powder you could think of — moon juice and cleanse potion. We found this spiritual store in Miami, and we ended up getting this powder called Yin Power that's specifically for women and it has all these different herbs in it. She would make them with an almond milk or an oat milk. She would warm up the milk and put all these different powders from Moon Juice and Sun Potion, and blend it all up and put some cinnamon in it. We were being filmed in so many dramatic places that it just felt like a comforting warm drink. We're both really health conscious, so we bonded on that. I highly recommend the "Yin Power" by Sun Potion. It's organic, wild herbs for women. You should really try it.

People may not know that you're also a singer and fashion designer. Will you be taking up projects related to that in the future?

Absolutely! Yeah, I'm always working on music. I feel like I've been working on music for years. I'm just very picky and specific, so I would finally like to share this year. And I'm in the process of developing my fashion brand, so hopefully you will see that sometime at the end of this year. I can't be too specific, but I'm starting in the accessories space. It's all coming.

"It's also important to try things. Don't just copy what other people are doing."

I always say this, but your skin comes first. I'm really health conscious, so I only drink tea and water. I think the more you take care of yourself and your skin, the better your makeup is going to look. So that's number one. It's also important to try things. Don't just copy what other people are doing. Maybe use that as a reference, but try to mix it up. We all have different faces and different eyes. What's so interesting about the different eras and times is that everyone had their own look. It's good to just give yourself space to just play.

MAC More Than Meets the Eye collection is now available to shop at maccosmetics.com, and will hit MAC's physical stores on March 5.