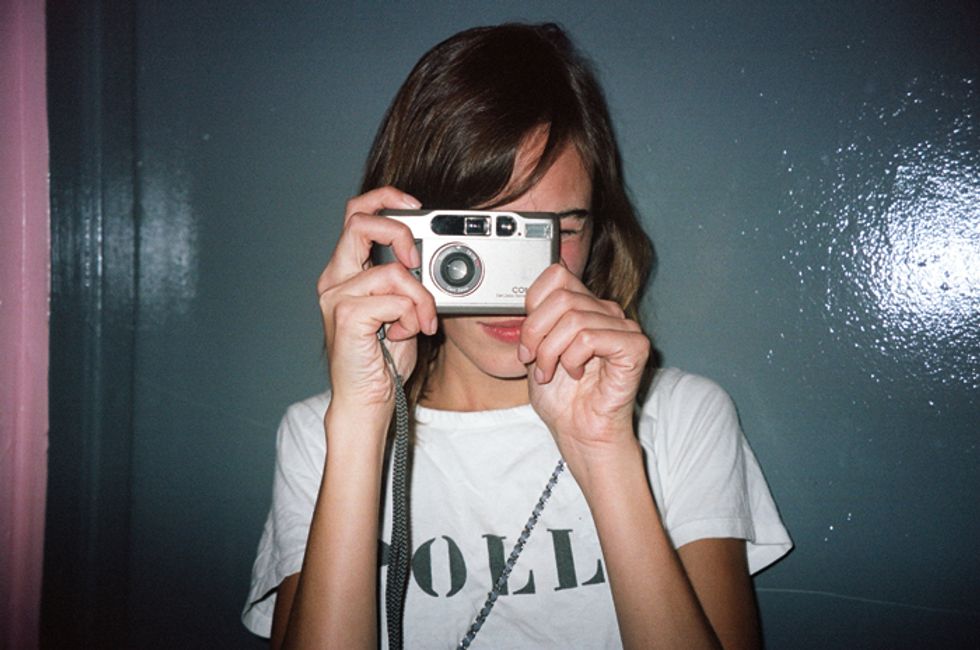 Alexa Chung Shares Candid Photos of Her Friends, From Cara to Dakota

Photos by Alexa Chung
PAPERMAG
Photo of Alexa by Zackery Michael
Like any bright-eyed expat, Alexa Chung faced a steep learning curve when she first moved here from her native England. "You know when you get in a taxi and you go, 'Please can you take me to 7th and B,' and they don't answer? I found that so rude, because London taxi drivers will tell you everything about the city, to the point where it's annoying in the opposite way. But now I realize it's just how the city works. What's the point of talking when you can just get shit done?"

It's safe to say that Chung, the globally celebrated writer, TV host, designer and fashion muse, could deftly and, more important, humbly make her way through just about any metropolis these days. The images in this story represent a scattershot array of locales as well as Chung's New York, but there's a common thread connecting these captured moments -- one that ties back to her adoptive home.

"That's the nice thing about living in NewYork," she says. "There's enough expats there that it feels like a big community, and we all swap friends. I like that cross-pollination. With the Internet and travel, everyone's kind of in on the joke now."
Without further ado, we at PAPER are thrilled to present Alexa's first feature as a photographer. Read on, and look out for the print version in our April issue.

Daisy Lowe in the sea, Maldives

Dakota Johnson on a boat, New York.
You May Also Like
Famous People