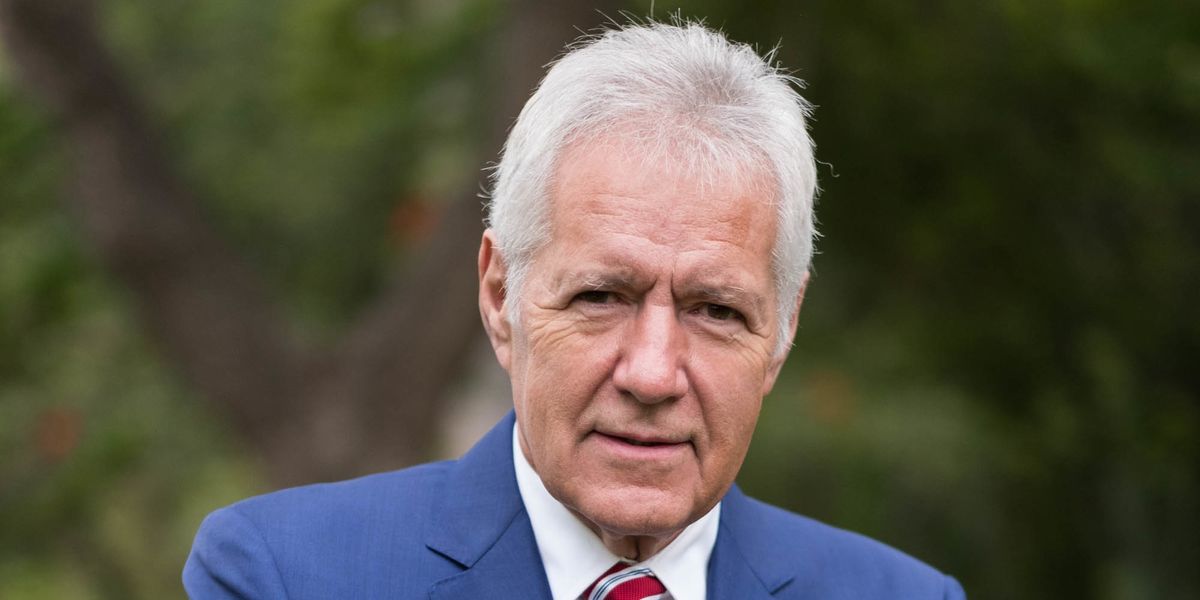 In a taped statement posted Wednesday afternoon, Jeopardy! host Alex Trebek announced that he has been diagnosed with stage 4 pancreatic cancer. Looking to get ahead of "overblown or inaccurate reports" surrounding the game show host's health, Trebek expressed that he thought it would be best for fans to hear the news from him first: "Just like 50,000 other people in the United States each year, this week I was diagnosed with stage 4 pancreatic cancer."

Considering it's one of the deadliest forms of cancer, Trebek understands that the prognosis is grim but is still determined to fight. He added, "With the love and support of my family and friends and with the help of your prayers also, I plan to beat the low survival rate statistics for this disease."

Trebek also joked that he really has no choice but to fight given that his Jeopardy! contract isn't set to expire for at least three more years. Last July, rumors circulated that Trebek, now 78-years old, was considering retiring from the longstanding afternoon quiz show but they were quickly dispelled after it was announced the show would be renewed through 2021.

In an interview with Vulture, Trebek talked about how if he did ever end up retiring he would likely prefer to make a graceful exit with little fanfare: "All I want on my last show is 30 seconds, and I'll do what Johnny Carson did: 'Hey, folks, thank you. Been a good run and all good things must come to an end.' Then I'll move on."

In light of the recent announcement, many took the opportunity to pay tribute to and voice support for the Jeopardy! host, underscoring Trebek's cultural importance as one of the most beloved game show icons of all time:

I’ve said this before but Alex Trebek is in a way the last Cronkite: authoritative, reassuring TV voice you hear ev… https://t.co/WsjwLOaVY9
— Ken Jennings (@Ken Jennings)1551910555.0

my grandmother would watch jeopardy in her bedroom with the door open every day, and when I was younger, I would si… https://t.co/S5kzaH27tT
— Hanif Abdurraqib (@Hanif Abdurraqib)1551910430.0

Alex Trebek is the uncle at Thanksgiving who's slightly disappointed you got a B this semester. He is irreplaceable.
— Louis Virtel (@Louis Virtel)1551910705.0

Alex Trebek rapping on Jeopardy is still one of the all time great moments on the show. #StillHoodFamous https://t.co/LPAAR6Uhth
— Josh Jordan (@Josh Jordan)1551914148.0