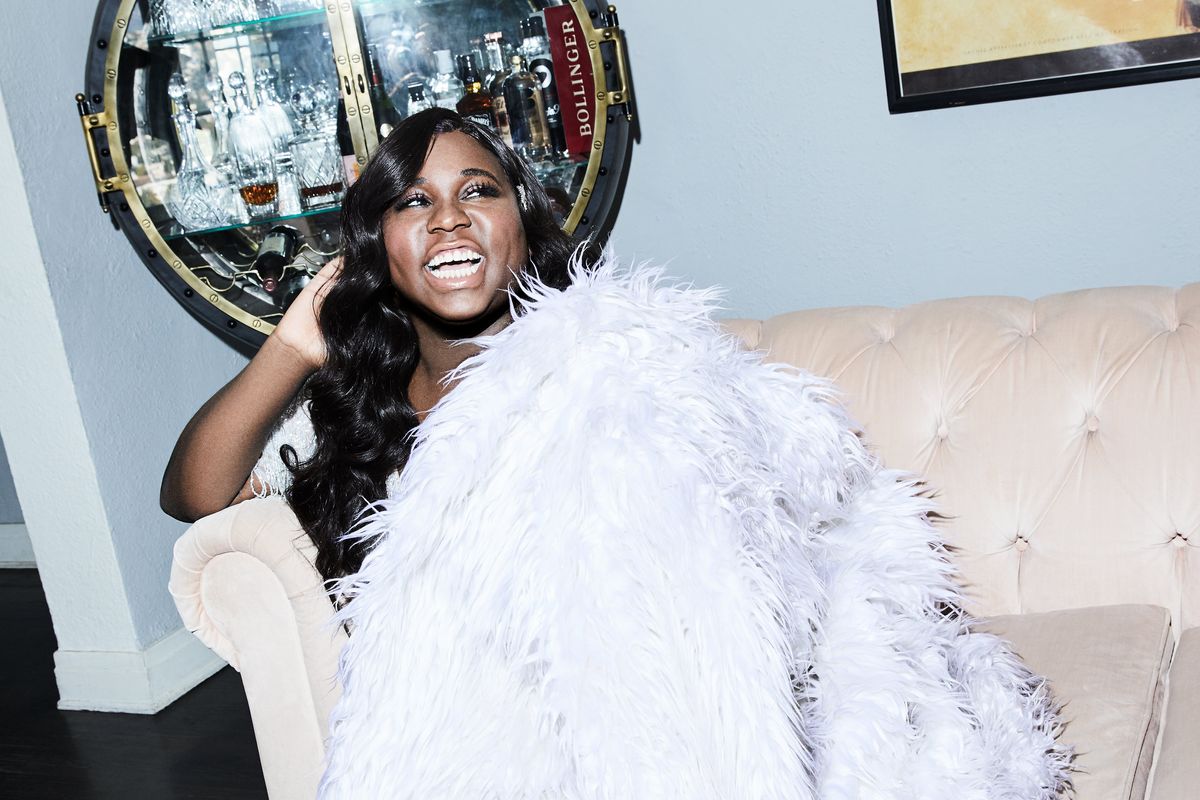 As Mother's Day approaches, singer, actor and Glee alum Alex Newell is reflecting on the importance of maternal love.

Growing up gender non-conforming, his own mother supported him unconditionally, and inspired his artistry as a result. In his new single, "Mama Told Me," Newell's impressive vocal range is on full display amid ascending synths and piano chords. His lyrics pay homage to his own mother, house mothers for LGBTQ children, and other maternal figures encouraging artists like him to embrace themselves: "Thank you for loving who I am," he sings.

"Mama Told Me" hits home for me," he tells PAPER, "I want [fans to think about] what motherhood is, and I hope this starts that conversation, and that people think about what their own mothers mean to them or anyone who is a mother figure for them."

In the song, Newell says it was important to specifically include actual sayings his mother raised him with, such as "Black don't cry, so hold your own," and when it came to his natural hair, to simply "let it be."

When Newell sat down to co-write "Mama Told Me," his second track of 2020, he had just finished his run starring on the Broadway show, Once Upon This Island. "I sang a song called, 'Mama Will Provide' [in several] shows a week and [when writing 'Mama Told Me'] I was in this mindset of what motherhood is, what it should be, what it looks at," Newell says. "I know that I have one of the strongest mothers, who raised me since I was six and all by herself. [I sing about] what that means and me not knowing what it's going to feel like to bring a child into this world, but to be inspired by what motherhood is."

While the track certainly is an ode to his own mother, it also was written as an anthem for maternal figures of all gender identities who raise children, Newell explains. His goal with the song is to broaden the definition of "motherhood," which Newell says is "instilling positivity into a child no matter what age, sharing wisdom, nurturing them, comforting them."

Related | 40 Fashion Movies, Books and Podcasts to Check Out in Isolation

Newell also hopes to foster a discussion about the kinds of caregivers you don't always see on TV, or in otherwise famous depictions of cookie-cutter families. He wants these nurturers to become more widely acknowledged. "I'm fascinated by house mothers and how they raise kids that aren't their own, but teach them the ways of life, nurture them and bring them up," Newell says. "Or a gay couple raising children not always having that maternal instinct given, but brought onto themselves."

"Mama Told Me" follows the singer's comeback track and first release in four years, "Boy, You Can Keep It," a sassy kiss-off to suitors who are all flash and no substance.

"['Boy, You Can Keep It'] came from dating around all the time and not being impressed by all the things that men were saying to me about how 'I can get you this' or 'I can get you that,'" Newell says. "I was like, 'I have my own! I don't need you to get me anything.'"

The track's corresponding video sees Newell strutting down the red carpet in ensembles inspired by his love of André Leon Talley and Naomi Campbell. "I love playing with gender and I love my gender identity," he says. "I love the way that music inspires fashion, and what you wear is always an attitude of what you feel."