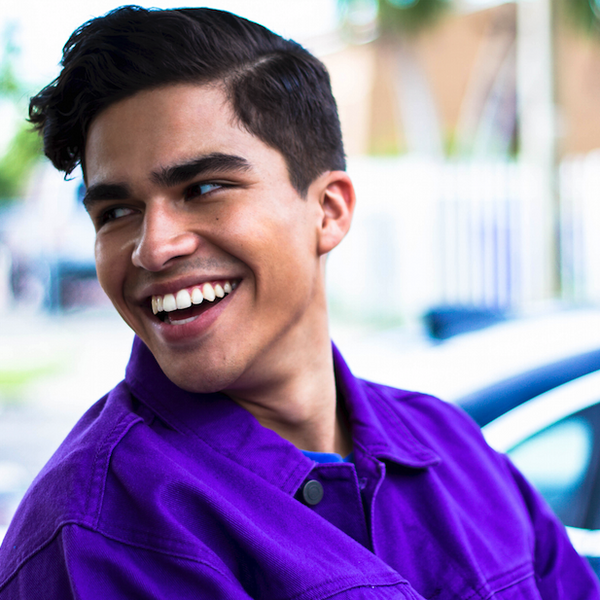 Alex Aiono Is Tired Of Your Drama

Alex Aiono began his career amassing millions of views on his popular YouTube covers and mashups — his most viral video to date has been watched more than 64 million times. These days, he's all grown up and singing his own songs, and the videos have received an upgrade too.

PAPER is premiering the brand new clip for Aiono's latest single "No Drama" today. It's a classic tale of boy-meets-girl, boy-stresses-about-impressing-girl, boy-relaxes-and-gets-the-girl. Set on the colorful suburban streets of Miami.

We caught up with the singer to learn more about the song and its carefree message about romantic relationships minus the angst.

Alex, why don't you like drama? Everyone likes a little drama.

You know, I think that's so true — that the natural impulse is to use drama to fill that vacancy in your life, like there's a void in your life and maybe there's just not enough drama. I think I'm just at that point where I'm so focused on my career and the people that are in my life that I'm very close with, and growing those relationships properly. You do really reach a time where you're sick of the drama. There's so much going on, whether it's rappers beefing, or "exposed" videos on YouTube, or any of the above that's going on Shade Room or Baller Alert. For me, I'd rather just spend my time focusing on my craft and my career, and on the people who I really care about. Because when it comes to drama, you give so much energy to drama but drama never gives you any energy back. Whereas if you focus that energy on the people you love and your career, you get something in return other than momentary satisfaction.

That's a big realization you have when you transition from your teens into your twenties.

Absolutely! I think it's definitely the realization you have coming out of your high school years, when it's "who texts who first," and all of the little games you play. Once you get past that and once you get older — and I'm still obviously learning this because my natural instinct is to always fight for the girl even if it's drama – you start to realize you need to use that energy to just focus on being happy. Everybody's got a whole life around them, they've got a job, or they've got school, or they've got issues at home or in the workplace. When it comes to being with somebody special, I think they should solely be a release from all of that, solely be a place where you can let all of the other issues in your life go, and if that person that you're with isn't giving you that, then maybe it's time to start thinking about what's really going on.

This is extremely good relationship advice.

This is stuff I'm literally going through right now as we speak, this is the advice I want to give myself to keep in mind.

Sure! Well, I hope it works.

Thank you, I'll keep you updated!

Tell me about the video, because it looks like it was a lot of fun to film.

Well as we were saying, there's so much drama in the world that you just want someone that you can have a release with. I think since the song carries such a heavy undertone, so I wanted [the video] to just be fun, and I wanted it to be this exact concept of "guy gets the girl, guy loses the girl because of all the drama, and then he does everything in his power to go back and get the girl." The culture of Miami that we got to capture, and the vibe of having bikers and dancers and friends and homies and domino players from Calle Ocho was the whole energy that made it fun and light. It really lightened up not wanting to have drama and dealing with a relationship that once was incredible and now is in a sticky gray area.

Definitely. I think it's really fun how you've got so many people playing instruments in the background.

Absolutely. In the video, I'm going to get the girl that I have this drama with, and it's like I'm encouraging everyone around me to come with. Like an old 90s movie where you're like, "I've gotta get the girl!" and everyone on the street is like "we need to help him!", everyone is picking up that energy wanting to help out.

I would say that it's a good kind of drama you've created in the video.

In this single instance, the drama was good!

It was worth it.

Watch the PAPER premiere of Alex Aiono's "No Drama" video, below.