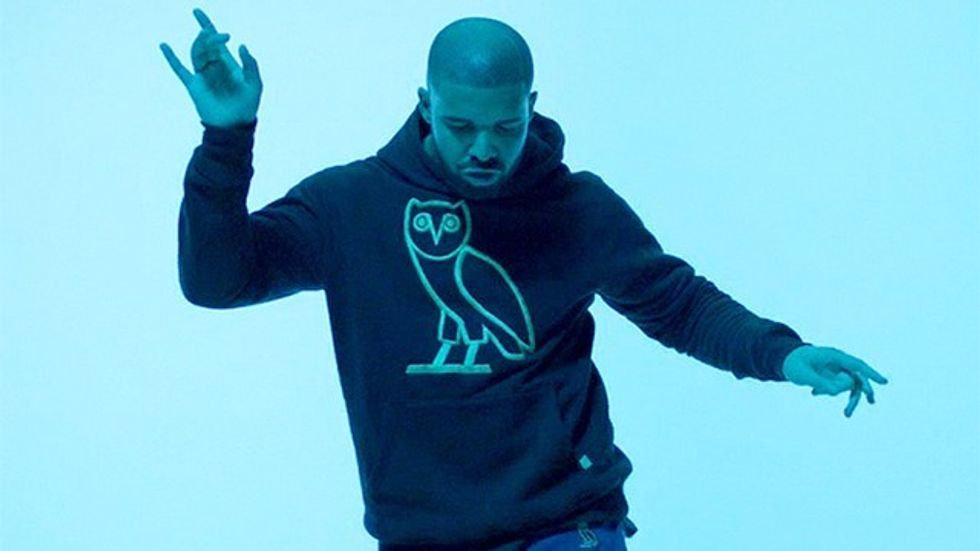 Alert: Drake Has a Secret Snapchat

Sound the alarm, a celebrity has a secret social media presence that he is not sharing with us, the demanding, needy public! Grab the Internet pitchforks, and let's go on a hunt for the secret Snapchat account of Canada's best export, Drake.

Earlier this year, prolific Snapchatter DJ Khaled informed his followers that he was going to be working with Drake sometime soon, with a pan during his snap over to Drizzy himself.

Later, during a radio interview, DJ Khaled mentioned that he follows Drake on Snapchat.

This would confirm what fans had been suspicious of for a while, that Drake had a secret account. Clips have been popping up on YouTube and Twitter that seem to indicate he's been snapping to someone, whether it's an intimate moment with his favorite condiment, or teasing Views from the 6.

But the real question is, what is Drake's secret snapchat handle? Could it be Sweaterweather? SnapchatPapi? AubreysHotline?