Canadian footwear brand Aldo has partnered with five street artists from around the world. Each artist, from New York's Buff Monster, who's inspired by ice cream, pop art, Japanese culture, and graffiti to Seoul-based painter So Youn Lee, who imbues her pastels with child-like innocence and optimism, has translated their distinct style to the brand's Mx3 sneaker. Other collaborators in the series are Dubai-based Russian-Syrian artist Dina Saadi, Gabrielle Laila Tittley from Montreal (aka PONY), and London-based graffiti-writer INSA. To celebrate the launch of these limited-edition designs, the artists spoke with PAPER about the processes and inspirations behind their iteration of the comfortable, streamlined shoe. 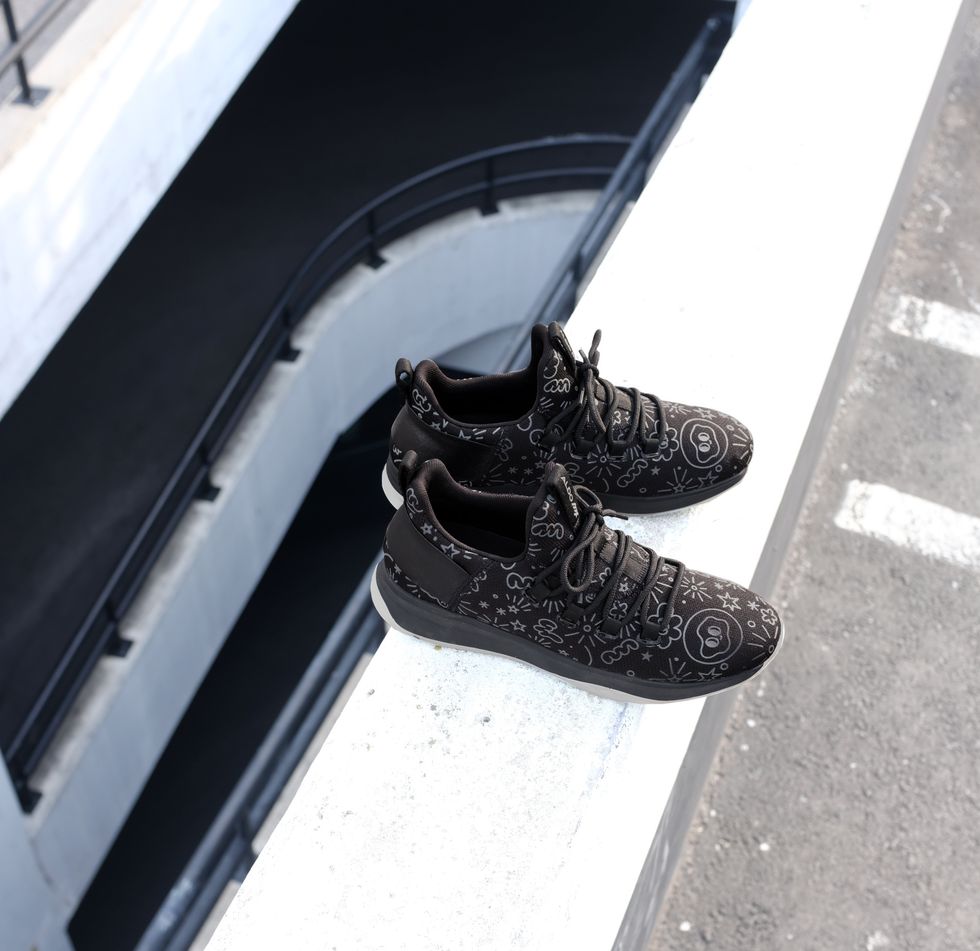 Most of the painting projects I work alone in my studio beginning to end. But for this project, I called for teamwork. I started with creating vector images for the pattern to be very sparse and playful. I then created mock-up images for the glow in the dark effect. After that, I applied the patterns on the shoe template that Aldo provided. I wanted the glow in the dark element to be a surprise effect, just like those found in my paintings. 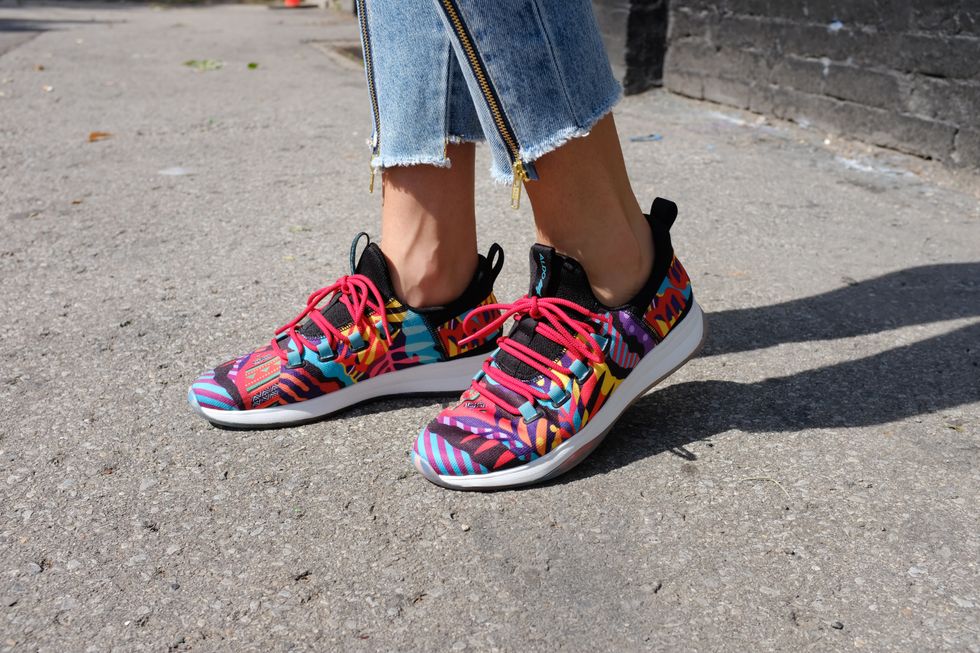 The artwork I created for the Aldo Mx3 is inspired by Dubai and the diversity of this city, summer vibes, palm trees and traditional Bedouin patterns, but it still has my signature style which incorporates different nature-inspired visuals like the parrot fish patterns I saw while diving in the Philippines. The floating and curvy visuals are nature-inspired and then the stripes, sharp lines, and polka dots are inspired by modern urban lifestyle and architecture. The red and black pattern on the front is inspired by traditional fabrics from the UAE and add an unexpected detail to the work. 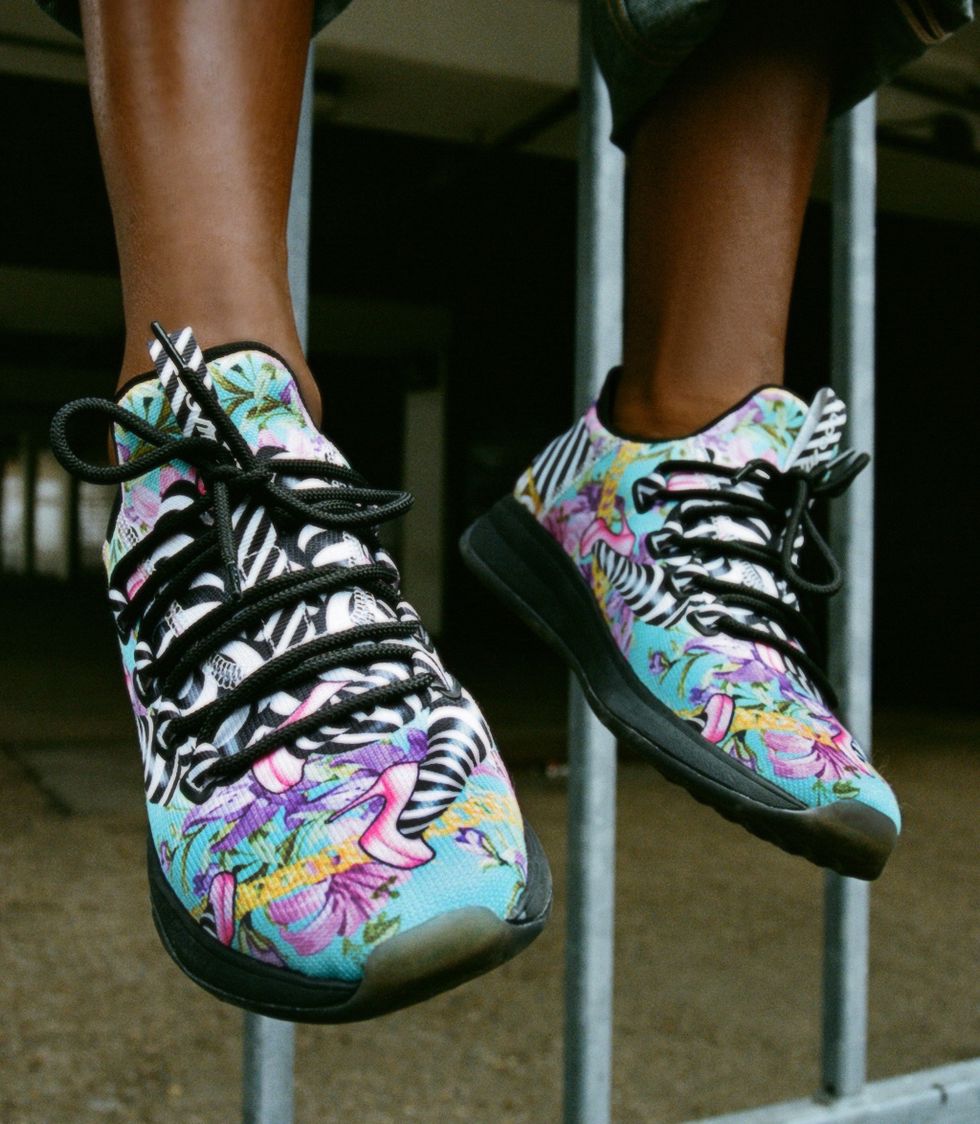 I wanted to create something that could easily be identified as my work, but do something new with it. I have done a lot of pattern work in the past made of legs, high heels, and bums. This has a whole concept behind it based on materialistic fetishism and product objectification, and in this new iteration I wanted to bring in a natural floral element and juxtapose that with the constructed luster of gold chains. It's more money, flowers, and respect than money, power, and respect. 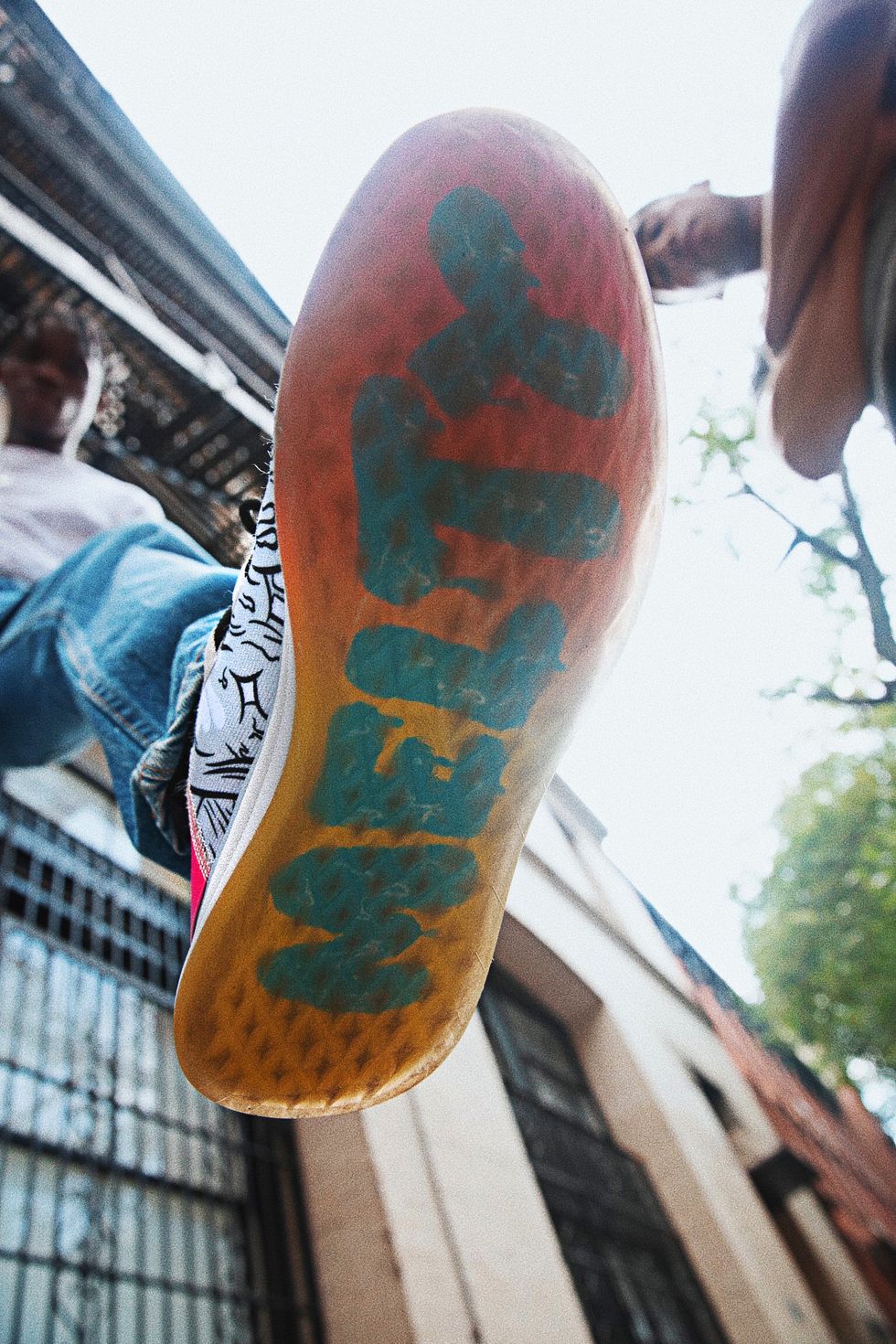 I started doing street art in 2001. I had done some illegal art in the streets before then, but then my focus changed. It was in 2001 that I learned how to silkscreen, so I printed and wheat-pasted tons of posters. I did that for a long time. Since moving to NYC in 2012, I've focused on painting murals. I've never worked on a sneaker like this before, but I've had the opportunity to work with lots of brands. I really like how the shoes came out. 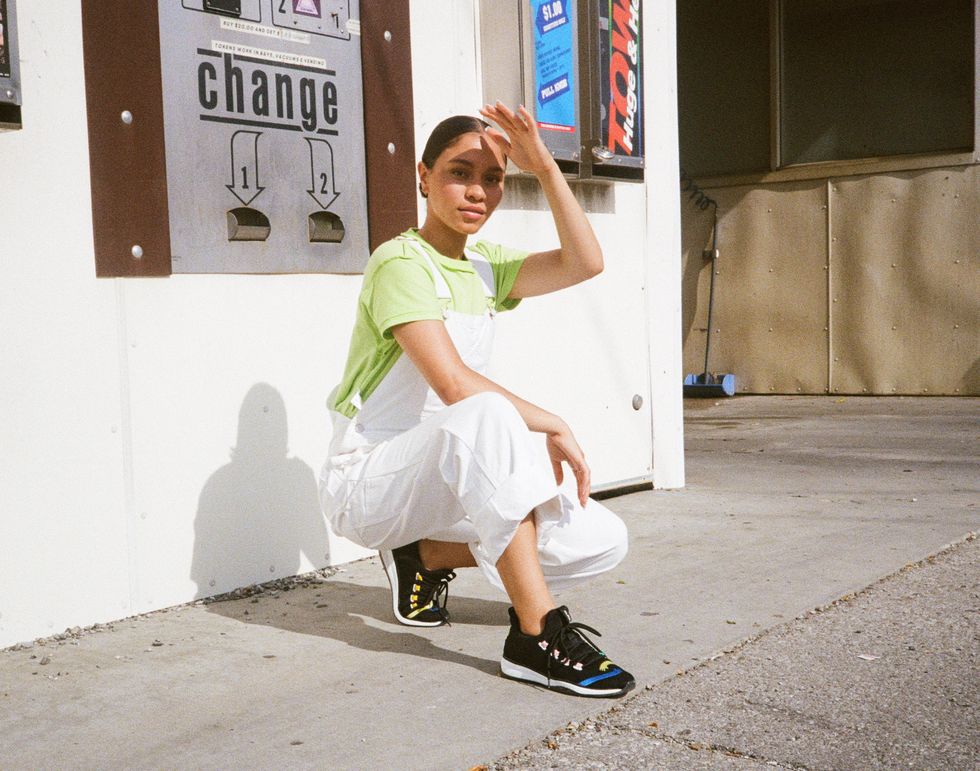 [On the inspiration behind her hands motif] I was opening a pop-up shop three summers ago and I glued hundreds of letters cut out of felt onto bags and cushions for my collection. I was inspired by Tupac's definition of "Thug Life" and the history behind the phrase. My friend Marie and I were gluing the words on the bags, and after using the phrase repeatedly, we just started taking letters out and using them to make other combinations like "TLC" and eventually "Hug Life."