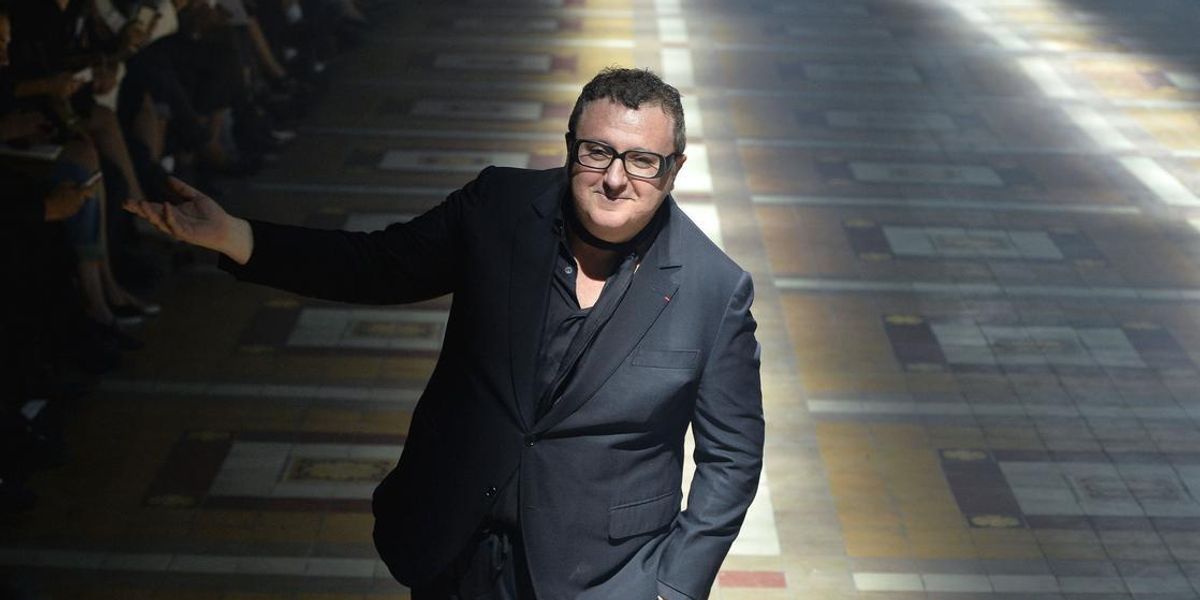 HUGE hugs+BIG thanks 💏to all of you around the world 🌎🌍for showing me so much L❤️VE. The day after my last show 💃💃🏻💃🏿in PARIS🇫🇷 , I met with Kevin Systrom, the co-founder of Instagram. I joked and told him.."I don't do Instagram because I don't have 'photogenic' 📸friends...only good FRIENDS👫👬 And I don't take pictures of food .....I prefer to EAT 🍔🍟🍕 But this past 2 wks made me realize how many AMAZING friends+supporters 👫👬👭 I have....And YES,they are all 'photogenic'...because they are all BEAUTIFUL 'inside-out'. 🌹🌹🌹 Instagram is a beautiful way to communicate+share L❤️VE. I L❤️VE YOU ALL BACK 💋 I am now on #Instagram !!! 📸 Thank you @kevin 👏🏻👏🏽👏👏🏿💌 👓 Alber @alberelbaz8 #alberelbaz #instagram #iloveyou
A photo posted by Alber Elbaz (@alberelbaz8) on Nov 11, 2015 at 1:42pm PST

A few weeks after the announcement that Alber Elbaz would be leaving his post at Lanvin, the designer has announced another big change in his life: he's decided to join Instagram. Like Marc Jacobs and other designers, Elbaz had previously been reluctant to use personal social media (Lanvin, however, has nearly 2 million Instagram followers and 336k on Twitter) but had a change of heart after meeting with Instagram co-founder and CEO Kevin Systrom. In his inaugural, emoji-filled post, Elbaz shares a bow-tied and bespectacled selfie (bien sûr!) and explains that he used to joke that "I don't do Instagram because I don't have 'photogenic' friends...only good FRIENDS And I don't take pictures of food...I prefer to EAT [hamburger, french fry, pizza emoji]." But apparently his departure from the fashion house made him realize "how many AMAZING friends+supporters I have...And YES, they are all 'photogenic'...because they are all BEAUTIFUL 'inside-out.' Instagram is a beautiful way to communicate+share."

So let's welcome Monsieur Elbaz to the 'gram, give him a follow (he's already got 10k in 15 hours since he joined!) and cross our fingers that his feed will be full of more bow-tied selfies, sketches, designs and maybe even a hint or two about what he's going to be up to next.