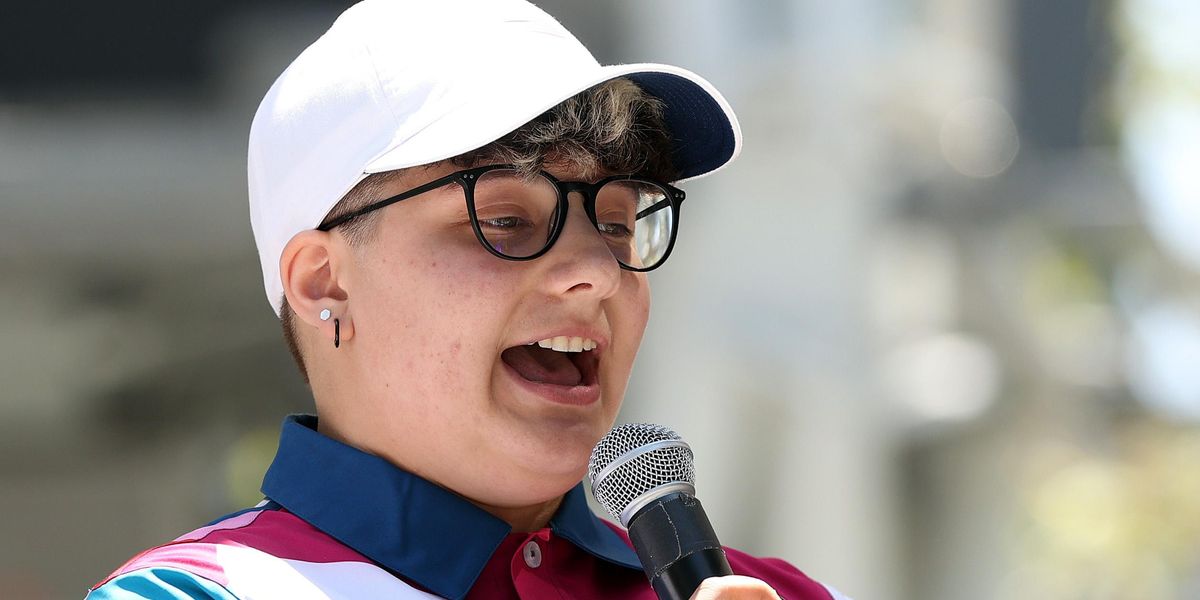 Olympian Alana Smith just shared a moving message about living their truth and the power of representation.

Earlier this week, the Team USA skateboarder — who is nonbinary — posted about their time competing at the 2021 Tokyo Olympics and how (rightfully) proud they were of their accomplishments.

"What a wild f***ing ride…," Smith began on Instagram. "My goal coming into this was to be happy and be a visual representation for humans like me. For the first time in my entire life, I'm proud of the person I've worked to become."

After all, despite not earning a medal, Smith said that their primary goal was to "walk out of this knowing [they] UNAPOLOGETICALLY was [themself] and was genuinely smiling," which a "feeling in [their] heart" told them they'd achieved during their time at the Olympics.

Not only that, but they also talked about having a "moment on the balcony" at the Olympic village, in which they referenced their 2019 suicide attempt by saying they "thanked whoever it was out there that me the chance to not leave this world the night I laid in the middle of the road."

"I feel happy to be alive and feel like I'm meant to be here for possibly the first time in a [sic] extremely long time. On or off day, I walked out of this happy and alive," they continued. "That's all I have ever asked for."

Smith then went on to end their post by shouting out "all the incredible humans that have supported me through so many waves of life," before adding that they "can't wait to skate for the love of it again."

"Not only for a contest," they concluded. "Which is wild considering a contest helped me find my love for it again."