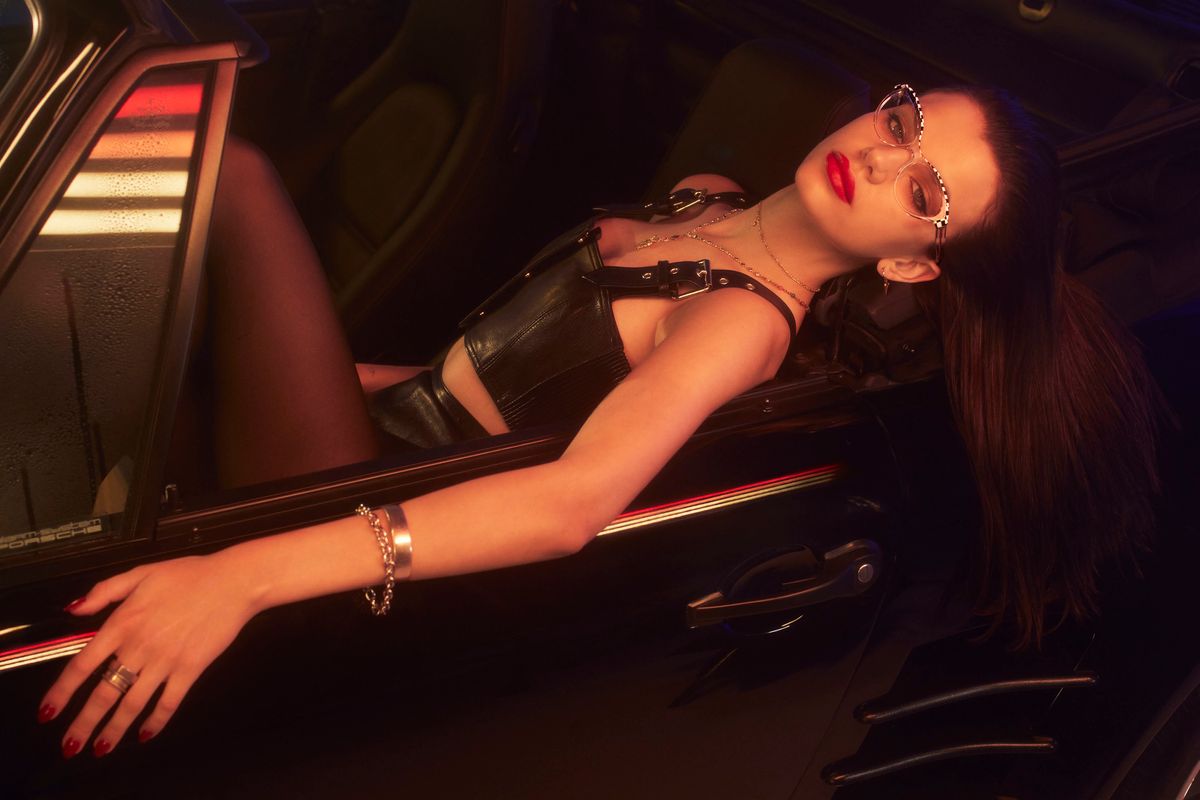 Sonia Ben Ammar is quickly becoming one of fashion's rising stars. The 20-year-old French-Tunisian model (and burgeoning pop artist) has already walked the runways for Miu Miu and Chanel, and starred in campaigns for Carolina Herrera and Nina Ricci. Her latest work? A dreamy campaign with luxury eyewear brand Alain Mikli.

Titled "Creatures De La Nuit," the images were shot by Alana O'Herlihy capture a '90s nostalgic mood and show Sonia out and about in Paris at night while posing against a car and the Eiffel Tower. The Fall 2019 campaign also marks the first time a brand showcases her music work, with her dark pop melody "Joyride" serving as the soundtrack. Her debut EP, which is produced by Daheala, who also worked with The Weeknd, is slated to arrive this fall.

"While conceptualizing the campaign, I drew inspiration from from the cinematography of the film "Moonlight," says Giampiero Tagliaferri, the brand's creative director. "Our vision was to capture the mood and essence of late evening lighting by incorporating deep color saturation and fog mixed in with vivid imagery of Paris landmarks."

alain mikli on Instagram: “Who is the next Mikli woman? Rising pop artist, @itsnotsonia is the star of our Fall/Winter 2019 Campaign. Titled Créatures de la Nuit,…”

Alain Mikli's past fashion muses include Grace Jones, Kate Moss, and Christy Turlington. The brand is perhaps best known for their signature asymmetrical frames, which were first shot by legendary photographer Helmut Newton for Vogue in 1983. They also designed styles for Claude Montana in the '80s, and Grace Jones wore them religiously.

The Fall 2019 collection is available now at Sunglass Hut and Alain Mikli stores worldwide. See the slideshow, below, for more images of Sonia's latest campaign.