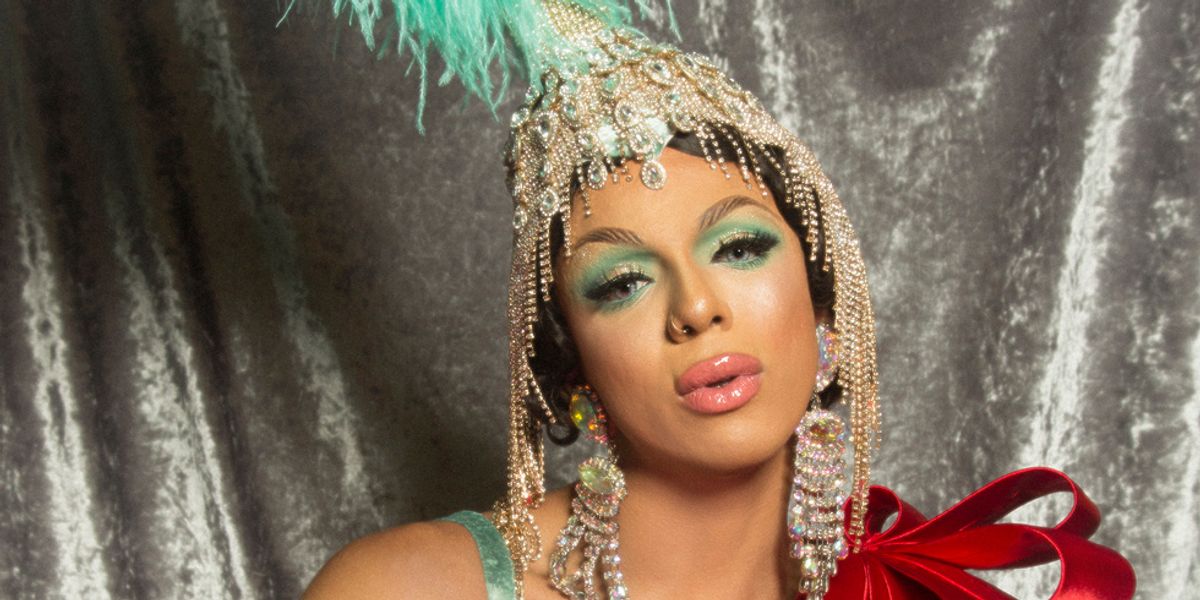 Brooklyn-based queer drag superstar and rapper Aja is back with a bang, after releasing their debut EP this May, In My Feelings. The first taste of what will ultimately be a full-length album, due in 2019, is a real treat: "Demons, Witches & Bitches" features The Vixen and Shilow, collaborations Aja says both come naturally.

The song, full of clever, Halloween-themed wordplay, includes razor-sharp lyrics such as: "Remember you said my skin was rough, I could never be an ambassador/ Leather face, now my skin is tough, I'm the Texas chainsaw massacre." It's a direct call-out to haters who've criticized Aja's looks and a menacing scary-movie reference all at once. And the production is an equally dark and thrilling trap affair meant to rattle your bones.

"When I started writing my first I thought about all the things I always wanted to say but never wanted to confront, such as when people made fun of my skin," Aja says. "I was very inspired by the lines in Nicki Minaj's verse on 'Monster' where she basically says 'say what you want about me, but I'm doing $50K for a verse, no album out.' I'm in love with the end result and for people to have a peek at music I'm doing for my album. This is the style we're going for."