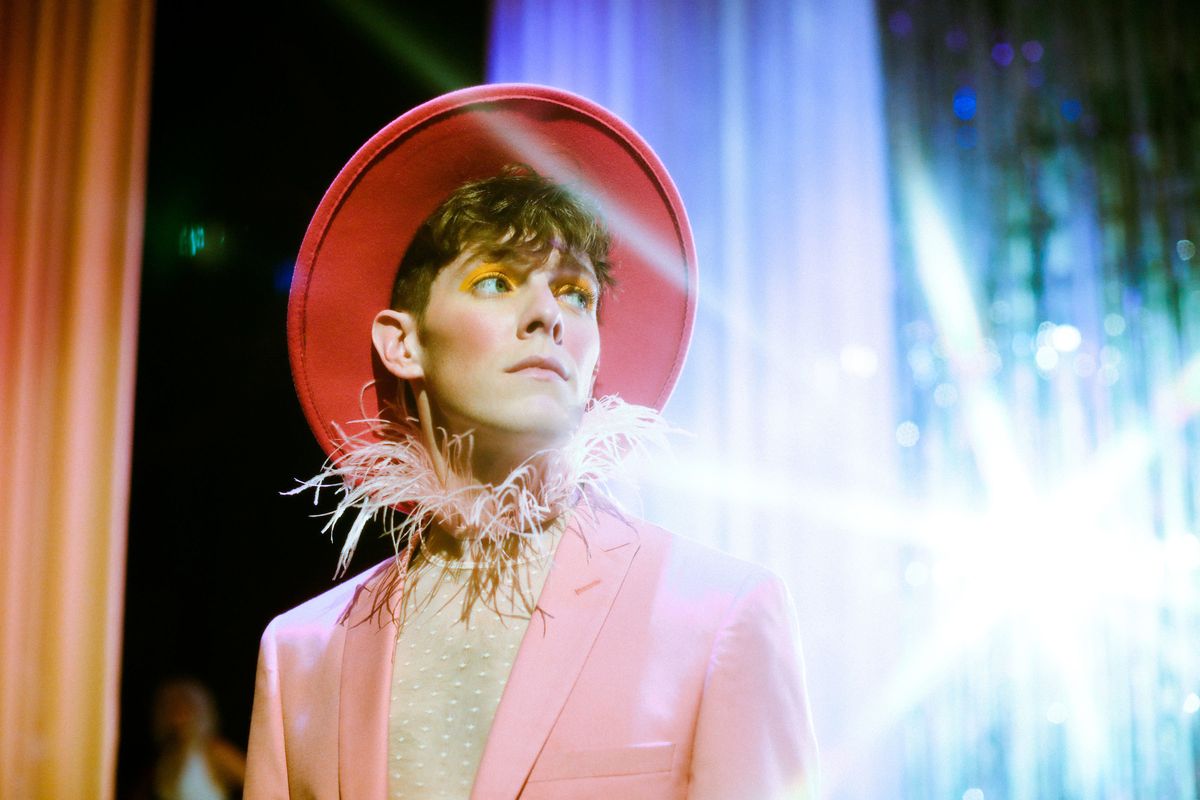 This TV Show Is 'Like Lizzie McGuire, But Gay'

When it comes to the queer experience, there are no two people with the same story. While the highs and lows of being an LGBTQ person coming of age are varied, there's gold in the commonalities found. Actor and writer, Aj Knight, knows this as good as anybody and, thanks to the wonders of the internet, is putting his spin on the age-old story of growing up gay.

The queer creative has just put up a Kickstarter to raise funds for the brainchild called Daisy Boy, a cute television show about a fabulous and flamboyant high school boy living his best life — but only in his mind. In his real life, Jameson is a closeted boy in a small suburban town where he's forced to repress his identity. While his timid, wallflower persona is what he projects in his public life, the series follows the self-acceptance that blooms within and brings us all back to the crucial period of discovery that precedes coming out.

"It's like Lizzie McGuire but gay," Knight says on the series' Kickstarter page, which has raised just over $5k of the $50k goal to make a 30-minute pilot that will wow Hollywood bigwigs and get this show produced and out into the world. The concept is a simple one that's packed with so much potential to express the wide range of emotions that come with growing up repressed. To write the script, the series creators interviewed a bunch of gays about the common themes of things like discovering self-love, overcoming adversity, the closet, and coming out of it for good.

"What Daisy Boy adds to [LGBTQ entertainment] is a show about a gay boy who could just as easily be a bi girl, or a non-binary femme, or a jock who's been thinking about trying butt stuff," Knight says. "Learning to love all the different parts of yourself and figuring out how to share yourself with the world are struggles that people in every community go through. We all hide inside ourselves at some point. Daisy Boy shows what happens when the side of you that's terrified, and the side of you that is so fucking unapologetically you, bloom together."

Support Aj Knight and the crew committed to making the gay Lizzie McGuire happen by going to the Kickstarter page or sharing on social media — your inner Daisy Boy is depending on it. Also, check some behind the scenes photos from set, below.