One of the reasons I love Tokyo so much is because, in my opinion, it has the best shopping in the world. Amazing clothes (with tons of Japanese designers selling through cool boutiques,) genius accessories (everything from Chrome Hearts and fine jewelry to the most amazing plastic costume jewelry you could possibly imagine), weird souvenirs (there is an entire DISTRICT dedicated to "replica food") and electronics, toys, comics and anime for your NERVES.

The now legendary (thanks to Gwen Stefani) Harajuku shopping district is everything you want it to be. The world famous Tokyo street fashion is still as prominent and outrageous as ever, with gothic lolitas, milkmaids and anime-inspired looks as commonplace as hipsters in Williamsburg. Without question my favorite store in Tokyo is a tiny boutique in Harajuku called Faline. The store is run by my good friend BabyMary, who is a style icon in her own right. I met Mary when I was working with Heatherette, and I think she was one of the first stores to ever buy the line (right off the runway, no less) and has a close relationship with tons of world class designers allowing her access that other stores only dream of. At any time she has crazy one-off pieces from Heatherette, sick vintage-ish Jeremy Scott samples (looking for pieces from the 2006 "Fast Food" line that you could never find? Yeah, Mary's got 'em) as well as beautiful Kiki De Montparnasse lingerie and cool Ksubi sunglasses in textured frames and dazzling colors (I got teal). She also throws legendary parties in Tokyo, and just this past February for Faline's anniversary Mary brought hip new Ed Banger songstress Uffie in to DJ and perform and the kids went nuts.

I'm enclosing a bonus shot of a Japanese ad campaign that the Scissor Sisters starred in last year. These billboards were HUGE and they give me endless amusement every time I see them. 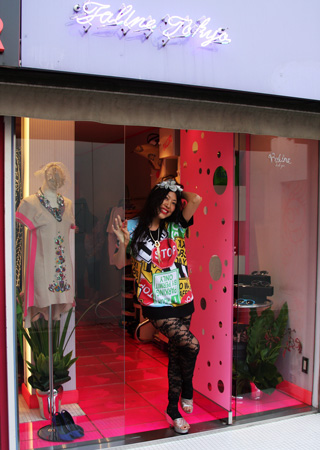 Previous Next
BabyMary outside her adorable store Faline in Harajuku, Tokyo. 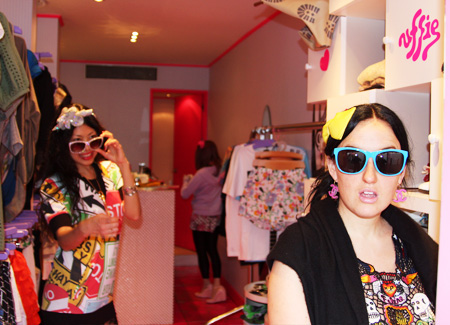 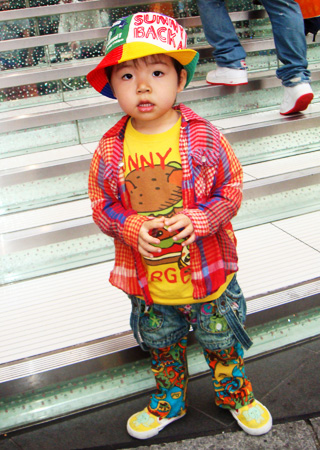 Previous Next
Even the four year olds are hip in Harajuku 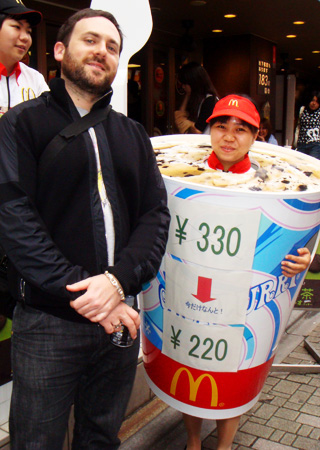 Previous Next
Babydaddy and a close friend in Harajuku. 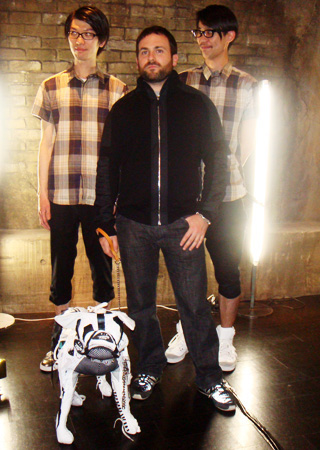 Previous Next
Bd taking photos for a Japanese magazine at Loveless, a fabulous store on Omotesando street (near Harajuku) 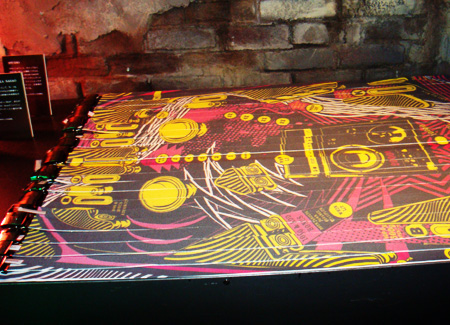 Previous Next
Belts as art at Loveless. 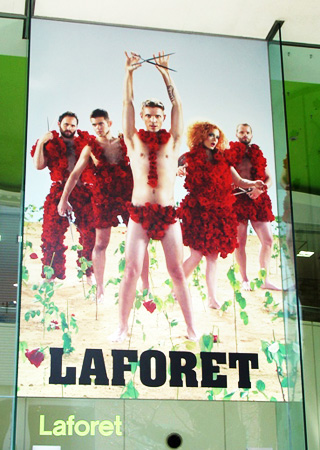