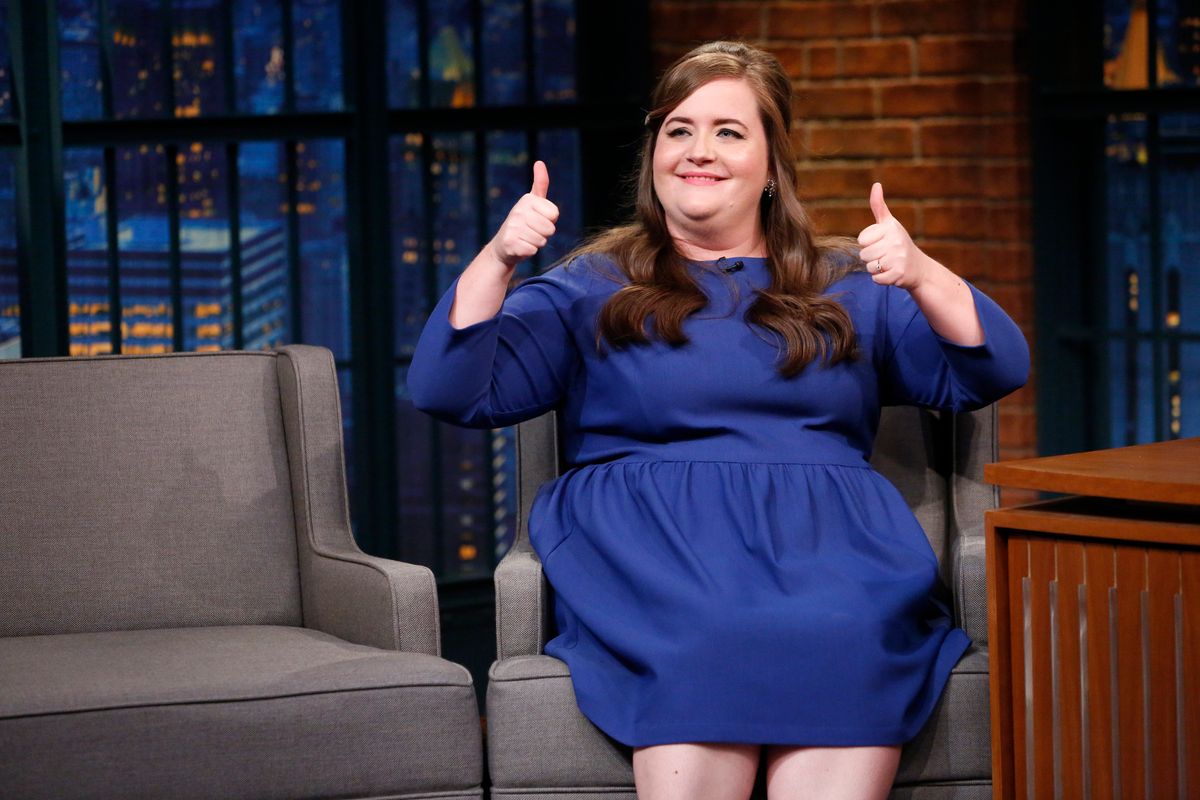 Aidy Bryant Isn't a Fan of Using Euphemisms For 'Fat'

Aidy Bryant just made it clear that she's not a fan of all the euphemisms people use for "fat."

While speaking with comedian John Early at the 92nd Street yesterday, Bryant talked about the press she'd been doing around the second season of her Hulu show, Shrill — and, apparently, she was less than impressed with a lot of the questions.

Sadly though, it appears as if the media weirdness doesn't stop there. After all, according to Bryant, many journalists often hesitate to use the word "fat" itself — instead opting for phrasing such as "chubby sweets."

As she put it, a lot of the times, it feels as if reporters are "absolutely digging for something that might be the best way to say it," even though all the euphemisms simultaneously make her "feel for them and want to kill them."

Not only that, but Bryant also drew parallels between that and her frustrations with being primarily cast as a "doofy girl who never has a boyfriend and she drops her pants" in rom com-esque productions.

"I felt, in some ways, by not acknowledging the fatness you are almost saying more, in a really cruel way," she explained.

That said, Bryant went on to allude to the fact that these experiences helped fuel a "desire to get into the drivers' seat" during the making of Shrill — especially when it came to the sex scenes.

"I want to be in control of how this is written and how this is presented," Bryant explained, before adding, "[I wanted to] make sure that sex is approached in a way that feels real and any relationship that acknowledges it and can move past it."