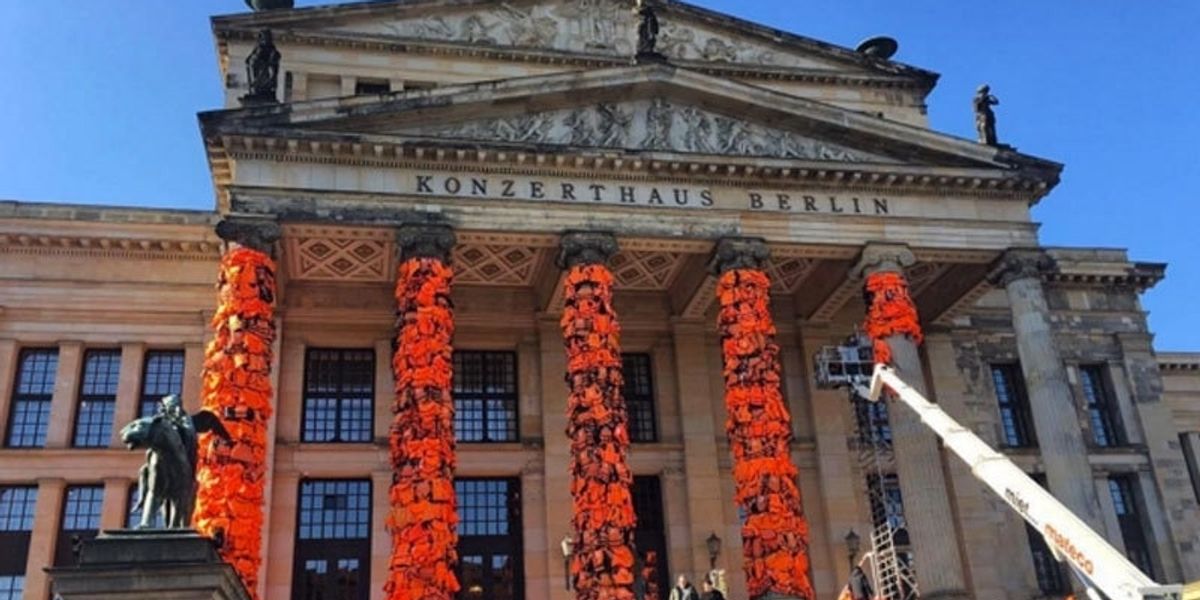 Over the weekend, Chinese activist/artist Ai Weiwei covered the pillars of Berlin's famed Konzerthaus in 14,000 lifejackets, in a show of solidarity with the thousands of refugees taking to the seas.

Obtaining the discarded lifejackets from the island of Lesbos, which is a gateway for many of the migrants attempting to come into Europe, the move also comes on the heels of the closure of his Danish exhibition, as well as a much-criticized photo where he posed as Aylan Kurdi -- a 3-year-old Syrian refugee who drowned while trying to come to Europe. Much of the artist's recent work has revolved around the way Europe has responded to an influx of migrants, with Ai attempting to create works that help viewers sympathize with the plight of refugees -- a salient issue as 400 people have already died in the dangerous sea crossing since the beginning of the year.