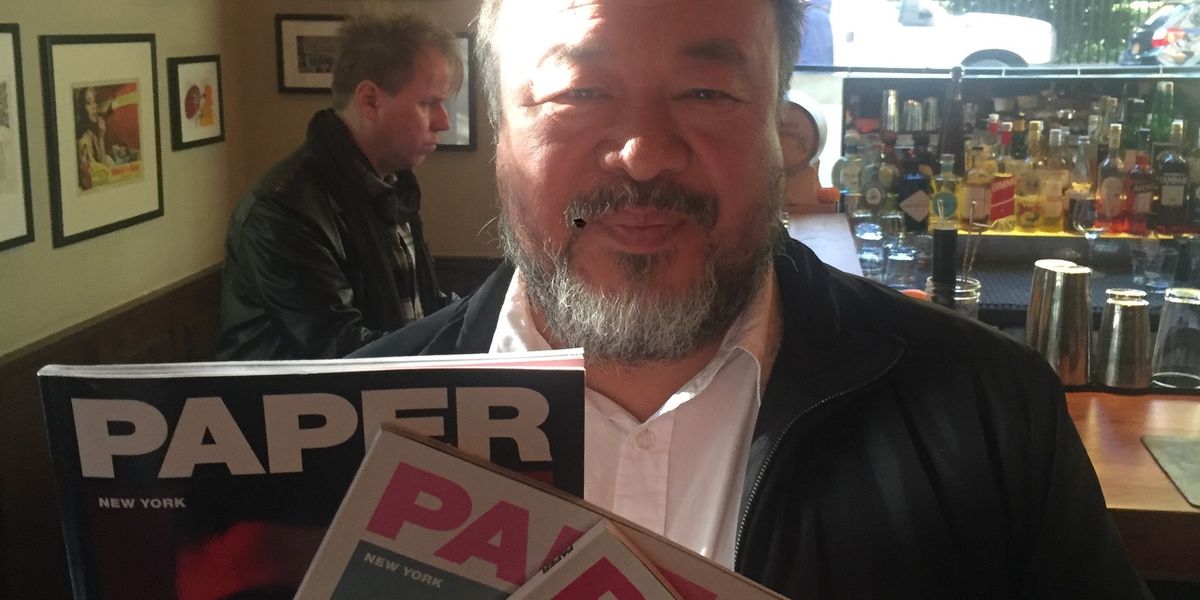 My admiration for the Chinese artist Ai Weiwei knows no bounds. To the hyphenate artist-activist one must now add humanitarian. No longer focused entirely on the political situation in China--which led to him suffering a beating-induced brain hemorrhage, house arrest and his passport being confiscated--he has now become a global advocate for the plight of refugees. His primary weapon in his battle against the do-nothing governments of the world is art, a powerful force he harnesses to move people to action through emotion rather than intellect.

Following a visit to the Greek island of Lesbos that became a stopping off point for Syrian refugees seeking a new life in Europe, he has turned his creative energy towards bringing the world's attention to the plight of the refugees in the same way he did with his 2009 piece "Remembering," an installation made out of 9,000 children's backpacks, each representing a life lost due to shoddy construction practices in the 2008 earthquake in the Chinese province of Sichuan. At the Jeffrey Deitch Gallery, one of four simultaneous shows taking place in Manhattan, he has assembled another powerful installation, made up of the clothing left behind by the refugees as they made their way across Europe. Ai Weiwei had the clothes washed and ironed, giving dignity to the nameless thousands desperate to escape the war that was destroying their homeland. (For a good wrap-up of the exhibitions that opened this week read Hrag Vartanian in Hyperallergic).

Here in New York, he's maintained an active schedule befitting one of the world's most recognizable figures. At the Brooklyn Museum he spoke with the Cuban artist Tania Bruguera, who will run for president in 2018, about the intersection of art and politics, and he met with the Council of Foreign Relations. Ai also visited his old stomping grounds in the East Village, where he lived for most of the 80s (and found time to check out some recent issues of PAPER magazine).

Most immediately, he's working on "The Human Flow," the tentative title of a feature documentary about the global refugee crises that Ai is shooting in France, Germany, Greece, Israel, Jordan, Lebanon, Turkey and locations in Africa. From New York, he traveled to Mexico and, from the photos posted on his Instagram account, it looks like he's shooting there as well.