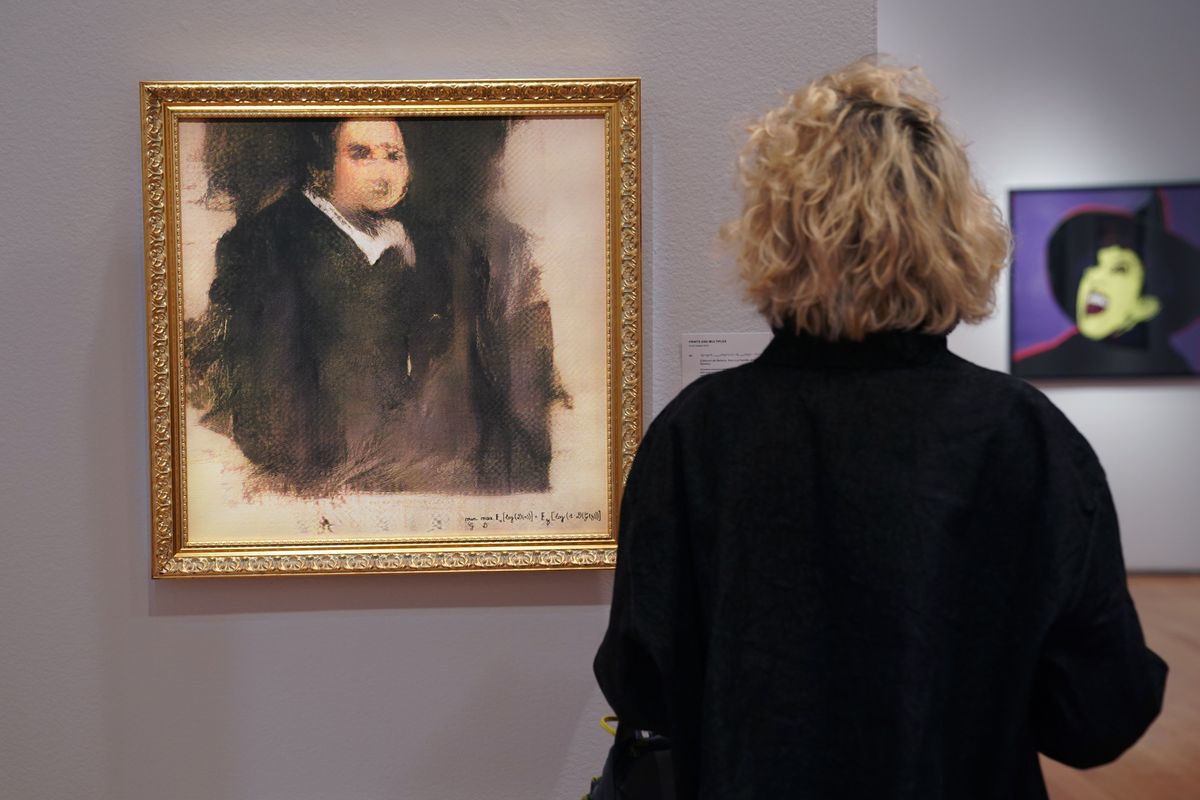 A painting created entirely by an artificial intelligence algorithm shook the art world when it sold for $432,000 at a Christie's auction in New York this week, reports TIME. Titled "Portrait of Edmond Belamy," the piece was expected to go for $10,000 at most, but excitement around the first AI piece ever to go to auction generated a bidding frenzy.

"Portrait of Edmond Belamy" is pretty accurate, if admittedly very ugly. It shows an AI-imagined stout man (French?) in a dark coat and white collar (priest?), and "painted" in the bottom right corner, is the artist's signature: a long, confusing equation.

The painting is the work of a Paris-based art collective called Obvious. The group fed the aforementioned equation, known as a Generative Adversarial Network, a data-set of 15,000 portraits from between the 14th and 20th centuries, and the "Generator" popped out a brand new image based on them, emulating human creativity and an artist's eye. The second part of the system, the Discriminator, mimics a human eye, and tries to spot the difference between the computer and human made paintings. The process goes back and forth until the Discriminator can no longer tell the difference.

The group also partially utilized code uploaded to GitHub by 19-year-old Stanford researcher Robbie Barrat, who wrote the code when he was a bored teenager in West Virginia. "I was really expecting people to use [the code] as components for their own project. But I never thought anybody would sell it, just because it's not high-quality work," Barrat told The Washington Post. "It was a project I did in my free time when I was 17."

"Portrait of Edmond Belamy" is one of eleven paintings in the Obvious's series, which are available for $10,000 a pop on their website. Each of the portraits, which features a completely fake person, has been assigned in the Belamy family tree.

Critics and art writers are wondering what this means for painting as a medium as well as the art market.

'AI is just one of several technologies that will have an impact on the art market of the future — although it is far too early to predict what those changes might be,' Christie's specialist Richard Lloyd commented. 'It will be exciting to see how this revolution plays out.'