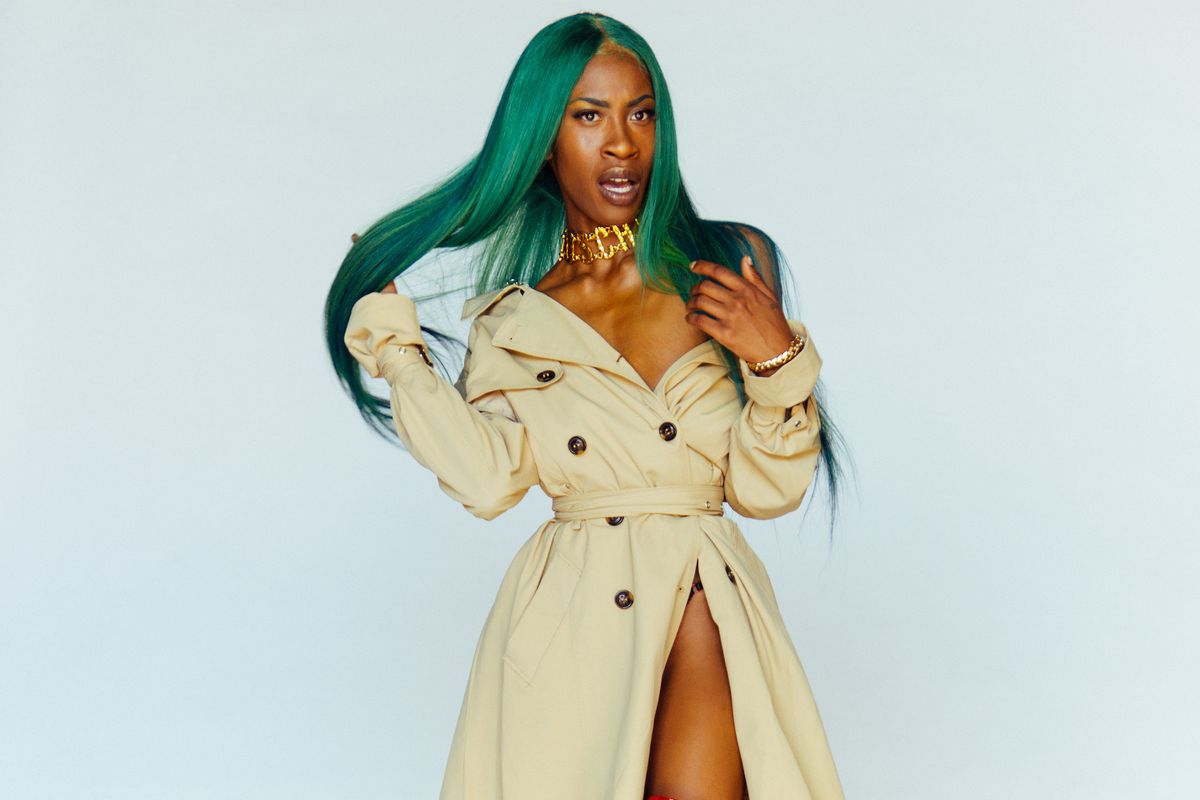 Ahsh Eff Tributes 50 Cent on the 15th Anniversary of 'Wanksta'

"Ahsh, not fucking Ash," she corrects in the beginning, before erupting into lyrics about untouchable strength. "The static think they sneaky, but I'm mobbin' too extra," she says, silencing any critics she's accumulated on her come-up. In the "Big Gucci" video, directed by Anonymous Motion, Ahsh performs in an empty warehouse—her solo star power made impossibly clear.

The performer previously released visuals for breakout singles "@YoungThug" and "STAAIN," both of which solidified her as an artist to watch. Her low, assertive voice, sly confidence (and instantly iconic green hair) have been the driving force behind her ascension from underground darling to hip-hop mainstay.

Watch the PAPER premiere of "Big Gucci," and read more about the rapper's love for 50 Cent, below.

How has 50 Cent inspired your own rap career?

He is one of my biggest inspirations—his attitude, aura, music and business mindset stand second to none. I'm the female version of him mixed with a lot of other things and quirks, but I have a lot to prove and so did he. He glamorized being rough around the edges and so have I. That mindset transcends gender, and puts my mind and music in the lane of being a human being. The only question becomes, "Can you relate or not?"

What's the significance of this song in particular?

I remember seeing the video for "Wanksta" for the first time, and I loved it because it was so raw. He was calling all of them out, unapologetically, unfiltered and unmatched. I felt like I could give a thuggish take that touches on some of the same topics like static never seeing me, team crackin' out and all that other shit. The cherry on top is mainly the fact that it's a classic beat, and if you hop on a classic you better go off.

How have you changed 50 Cent's original?

I made the song about being untouchable. My changes to the song aren't subject matter, but more specifically how I address and recognize wankstas. I bring the perspective of a Loca who doesn't take shit from anybody, and takes pride in thuggin' hard but looking pretty as fuck. My take on the song differs slightly because I not only recognize men who are wankstas, but some women be out here corny as fuck too.

On its 15-year anniversary, how do you think hip-hop has grown?

Music that sounds like "Wanksta" is coming back into the forefront. People want to see you really create and take time just like before. They want a real final product. There are so many sub-genres within the genre that many hip-hop artists today don't even consider their music hip-hop anymore. People are starting to care about not just lyrics, but also flow, style, and personality all wrapped into one.