After Dark Horror Fest 4 On DVD! 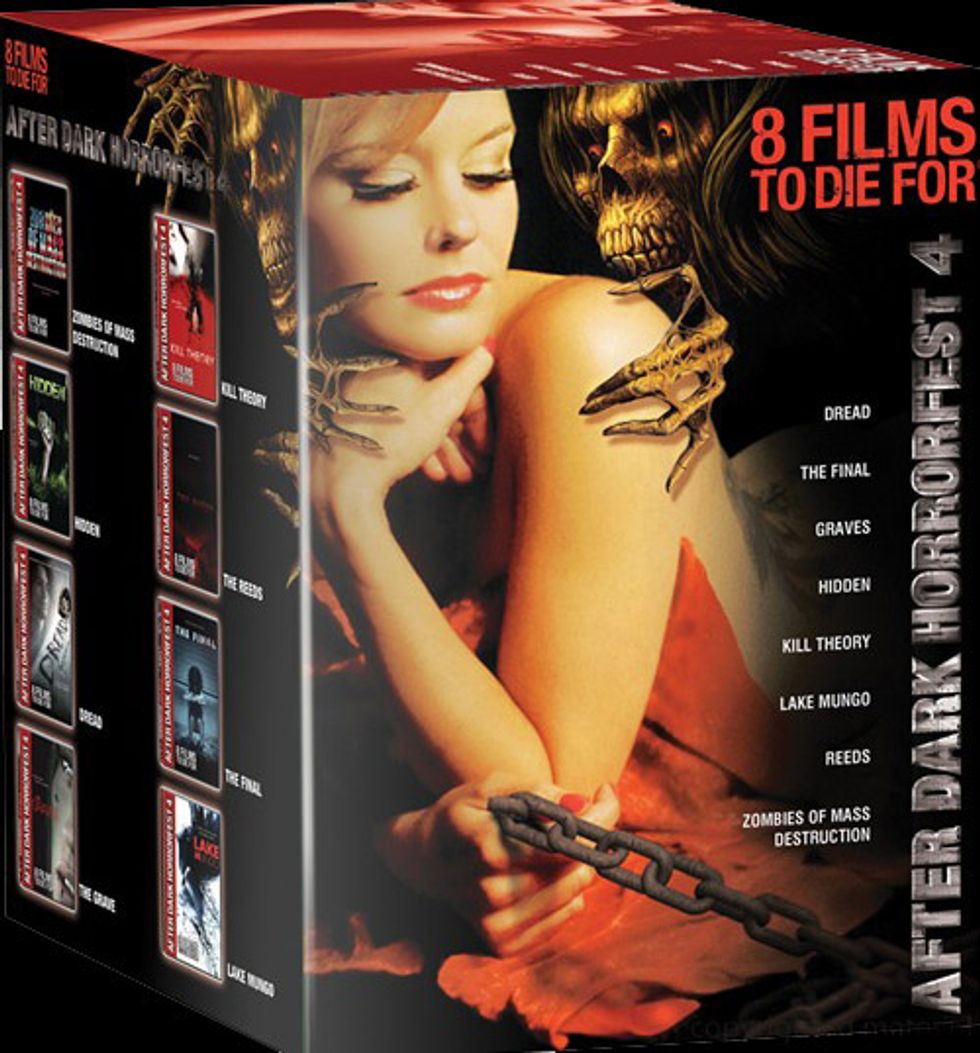 Now out on DVD is: After Dark Horror Fest 4 (Lionsgate). This is the new batch of 8 Films To Die For that does a great service picking up horror films from the festival circuit and getting them screened in theaters and released on DVD. I always look forward to these, and while not all are great, I enjoy the challenge of finding some diamonds in the rough. Included in this batch are:
Dread. Based on author Clive Barker's rare non-supernatural short story in one of his Books Of Blood, and well-directed by Anthony DiBlasi, a disturbing psychological chiller about the exploration of people's secret terrors. Twilight hottie Jackson Rathbone plays brooding loner student Stephen who meets oddball stranger at college -- Quaid (Shaun Evans) -- who suggests that they pool their talents on a thesis to "discover the origins of people's darkest fears..." They begin to interview an array of people and Stephen brings in his friend Cheryl (Hanne Steen) as editor. But what they don't realize is that Quaid has a secret agenda, based on a traumatic incident in his own childhood when he witnessed his family killed by a psychopath with an ax. Suffice to say, this school project takes a decidedly dark turn. A bit of a slow burner at first but when it finally kicks in it gets pretty horrific, and the ending has a nasty bite to it.

Hidden. Frustratingly puzzling but at times effectively eerie Norwegian chiller about KK (Kristoffer Joner) who begrudgingly returns home to deal with his mother's death. Left alone with her corpse he breaks a finger (signaling the hideous and brutal childhood he suffered at her hands). Even the creepy old childhood house in the woods brings him tortured memories and he suspects that someone has been secretly living there all these years -- all related to a car accident 19 years earlier. Director Pal Oie's film has a creepy David Lynch quality at times but it leaves the viewer confused and begging for answers for so long that when the reveal happens (and mercifully not one where he is hallucinating or crazy) you wish it was slightly better.
Lake Mungo. Faux documentary by Joel Anderson about 15-year-old Alice Palmer (Talia Zucker), an Australian teen who drowned in a weir while on holiday with her family. All sorts of odd events happens at home after the girl's death and the parents contact a psychic convinced that there is some sort of paranormal activity, but a more sinister picture slowly emerges of events that proceeded the girl's untimely end. There are some intriguing twists in the story that kept me watching but I wish it had been a bit darker to make this moody ghost story really resonate.
The Graves. Two goth girl sisters (Clare Grant, Jillian Murray) decide to have a blow-out last adventure -- before one heads to New York- --by exploring Arizona. The unwisely decide to explore the Skull City Mine, and run into sledgehammer wielding psychopaths and find themselves fighting for their lives out of a town filled with demon worshipers in this grisly but uninspired tale directed by Brian Pulido. Fortunately cult movie favorites Bill Moseley (The Devil's Rejects) and Tony Todd (Candyman) show up in some scenery chewing scenes.
Kill Theory. Sensational Ten Little Indians meets Battle Royale thriller about a group of college friends partying at a remote lakeside mansion who come under siege from a mysterious madman who gives them all an ultimatum. If by 6 a.m. only one is left alive that person can live....if more are left, they all die. So, simply, kill your friends or die. This survivor-like countdown sets friends and lovers against one another in record time as the screws are tightened and the bodies pile up. Director Chris Moore and a terrific cast- Agnes Bruckner, Patrick Flueger, Taryn Manning, and good friend to Paper magazine- Daniel Franzese- do justice to this crafty thriller. Truly one of the best of the series.
The Final. Supremely satisfying revenge tale about a group of high school misfits who band together to get back at the jocks, bullies, Heathers and other meanies who made their lives hell. The popular creeps are invited to a big costume party at a remote house. They are drugged and chained together and wake up to be tortured one by one. Director Joey Stewart's chiller is cheerfully ghoulish and filled with nice touches --one of the outcasts dresses like the girl from Audition -- complete with leather apron and requisite needles.
The Reeds. Atmospheric, bloody, and spooky British fright tale about six friends who go boating in Norfolk Broads and get lost and encounter unknown terror in a twisty series of reed-choked waterway tributaries. Director Nick Cohen's film has a terrific look to it and the cast is excellent. It's also a nice mix of ghost tale mixed with visceral horror.
Zombies Of Mass Destruction. I purposefully put off this for last, figuring it to be another lame jokey living dead flick but was totally surprised and delighted by director Kevin Hamedani's political zombidy. Set in the peaceful island town of Port Gamble where a virus (thought to be released by terrorists) turns the townspeople to flesh-eating ghouls. Frida (Janette Armand) is a Princeton dropout who returns home to a disapproving Iranian father. And Tom (Doug Fahl), a successful New Yorker, returns with his boyfriend Lance (Cooper Hopkins) to come out to his mother only to have her careen across the room, teeth chomping. Lots of very on target political jibes, but mostly just very, very, funny. 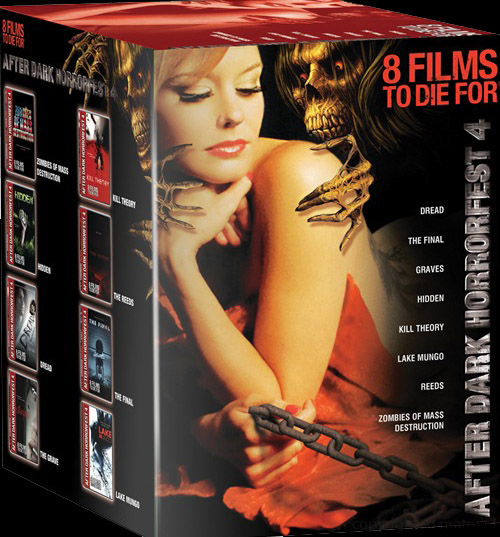 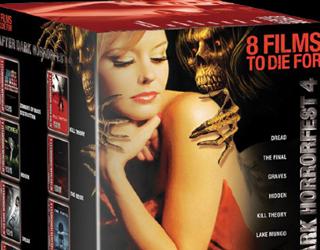