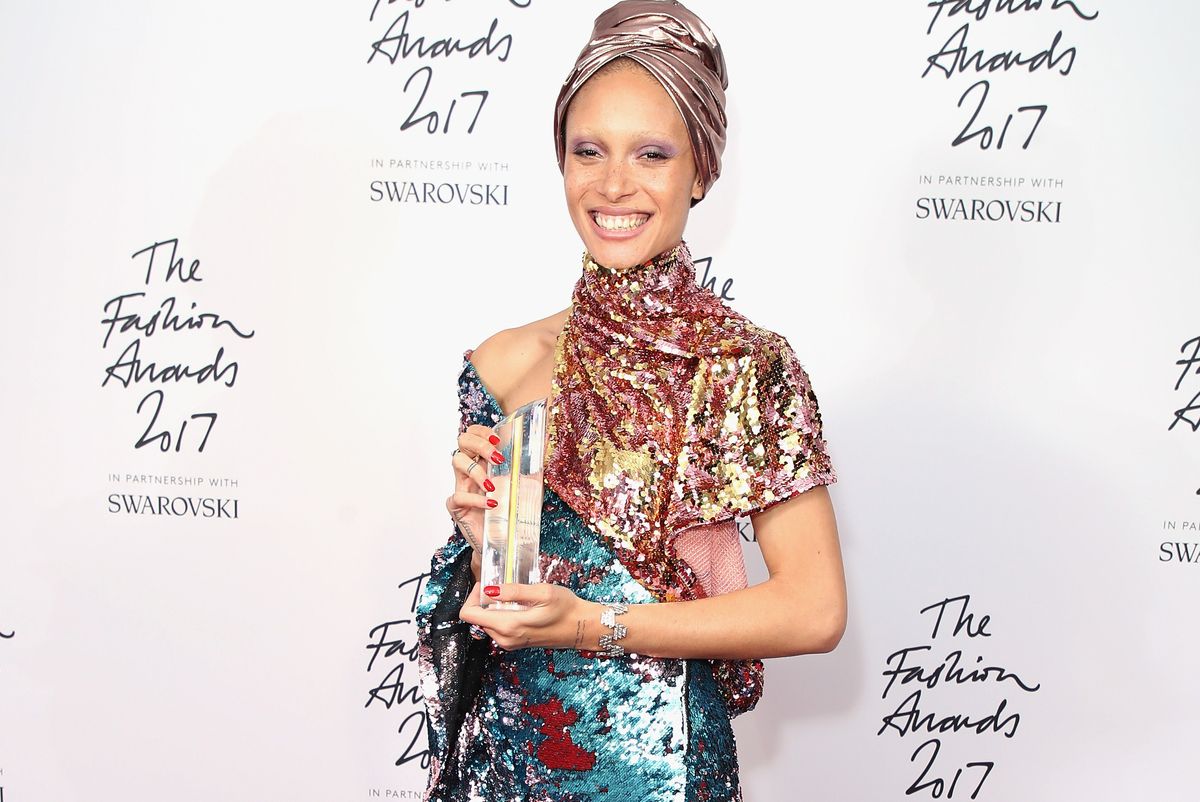 At the 2017 Fashion Awards last night—formerly known as the British Fashion Awards—nominees "chosen from hundreds of international names" that "represent the most creative talent and innovative businesses of the year" were honored, BFC chairman Natalie Massenet told press in October.

Fashion's finest and brightest stars paid homage last night to both the industry's most promising up and comers and the legendary veterans of the past - Naomi Campbell, for instance, presented a tribute to the late, great designer Azzedine Alaïa.

Related I Rihanna, Lady Gaga and the Fashion Community Mourn the Death of Azzedine Alaïa

Amidst the glitz and glamour of the evening, one of the top awards was presented to 25-year-old Gurls Talk founder Adwoa Aboah, who broke through this year with several major fashion campaigns and moments.The British model has been seemingly everywhere, walking countless runways, appearing in campaigns for Marc Jacobs and Miu Miu, modeling for first cover ofVogue UK under Edward Enniful as editor-in-chief and appearing in the exclusive Pirelli calendar.

Aboah beat out fellow nominees Gigi and Bella Hadid, Kaia Gerber and Winnie Harlow for the title, and joined the ranks of past winners including Kate Moss, Cara Delevingne, Jourdan Dunn, and Edie Campbell. (Gigi Hadid won last year, making her the first American model to do so).