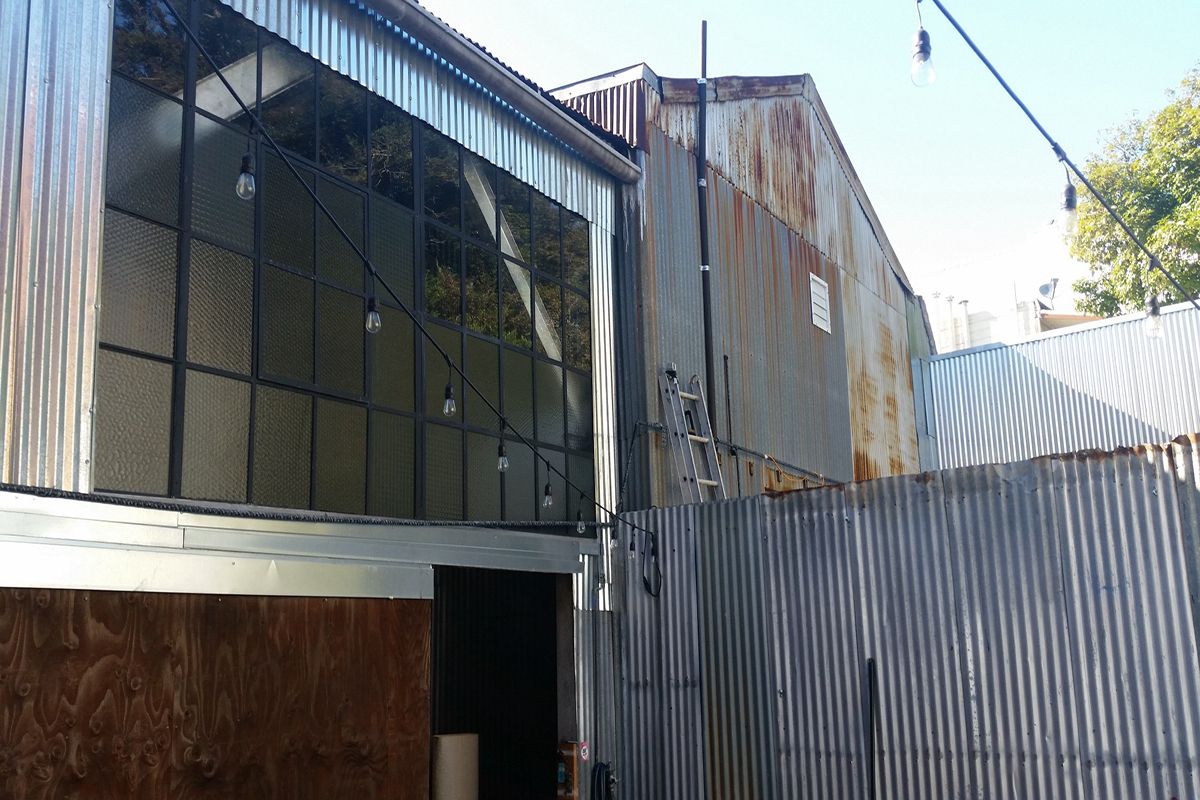 Adventures in Brave New Weed: Inside A Weed Tech Start-up

At Meadow, technologists and cannabis enthusiasts are building the future of weed (and the industry to support it).

Mention the name "Meadow" to anyone in San Francisco's startup community and the conversation is instantly hijacked to a long discussion about America's first boom industry in the last three decades.


Everyone wants to know where "the industry" is heading, and how they can get into it. (Oh, and by the way, what exactly is the difference between a sativa hybrid and CBD?). The technologists and entrepreneurs at Meadow are leading that discussion.

Located in a battered warehouse right underneath the 101 Freeway, Meadow isn't much to see from the outside.

But inside, this team of 9 men and women are building the software that will enable business owners, farmers, and government officials to start actively working together once full legalization occurs.

This November, Californians will vote on Proposition 64 to determine if weed should be legal for all adults. If it passes—and polls are suggesting that it will—California will overnight become the epicenter of Weed 2.0.

The plant that was once disparaged as a "gateway drug," and rumored to cause insanity and low sperm counts, will undergo a reinvention that was unimaginable just five years ago.

IT'S A BIG DEAL

Consider: California has 38 million residents — 1.5 times the combined populations of Colorado, Washington, Alaska and Oregon (the other legal states) — and the sixth largest economy in the world.


That's where Meadow comes in. Its software brings together farmers, producers, and distributors to create a marketplace where you can buy an array of weed products to be delivered straight to your front door.

In 2014, Meadow's four co-founders got seed funding from Y Combinator and have since raised over $2.1 million to build software that will turn the current Frankenstein way of doing business into a streamlined 21st-century industry.

It will enable everyone from small batch farmers to dispensary owners — many of whom are still working with piles of paper and pens — to easily track inventory, manage sales, and report taxes.

A sample of products that will be available on getmeadow.com.

Proposition 64 would also turn all felonies for those convicted during the Drug Wars into misdemeanors, which is a huge win for criminal justice reform, and key to Meadow's philosophy of not only building software, but an industry and a movement to boot.

David Hua, Meadow co-founder: "We chose the name because it's a place of peace, where things grow."

Scott Garman, Meadow co-founder: "When we started we were like, 'Hey, should we be nervous about going into the cannabis space? Are the cops gonna come after us for making software?' Today, VCs are in this space and things are moving faster than I initially thought."

Meadow is also building a community, and using its vast 6,000-square-foot space as a space for the cannacurious to mingle with some of the brightest NorCal innovators.

One day while hanging in Meadowlands, on the 2nd floor conference room/office space, I met a Chilean inventor who had built a minimalist, indoor grow box "with nutrient dosing, climate control and remote monitoring" all controlled by your phone. This level of automation allows growers to plant a seed, then "set it and forget it."


Another day, I encountered Seibo Shen, inventor of the revolutionary VapeXhale — the equivalent of sous vide for cannabists.

The $500 glass and ceramic creation takes dabbing (vaporizing extracted cannabis oils) to the next level. Shen is such an expert in extracts, terpenes and distillates that the folks at Meadow have dubbed him their resident "dabologist."

BUT IS IT LEGAL?

And then there's the complicated legal and policy side of the brave new world of weed.

On August 2, 2016, Dr. Amanda Reiman, Manager of Marijuana Law and Policy at the Drug Policy Alliance, walked the audience through the labyrinths of California's proposed legalization.

Everyone would be legally entitled to grow 6 plants and possess 1 oz of flowers or 8 grams of concentrate; taxes would support youth education programs, scientific research, environmental restoration and law enforcement. Selling to a minor under 18 would be a felony.

The 62-page proposed law is guaranteed to make everyone just a little bit unhappy, but as Reiman explained, "It's a giant leap into the future. Legalization is about so much more than just being able to smoke pot."

The most enterprising startups aren't waiting for laws to pass; they're already at work, shaping the brave new future of weed.

Brave New Weed, Dolce's book on the history and future of cannabis is out October 4.

All photos courtesy of Joe Dolce.

Republished with permission from Joe Dolce. Produced by Spark No.9