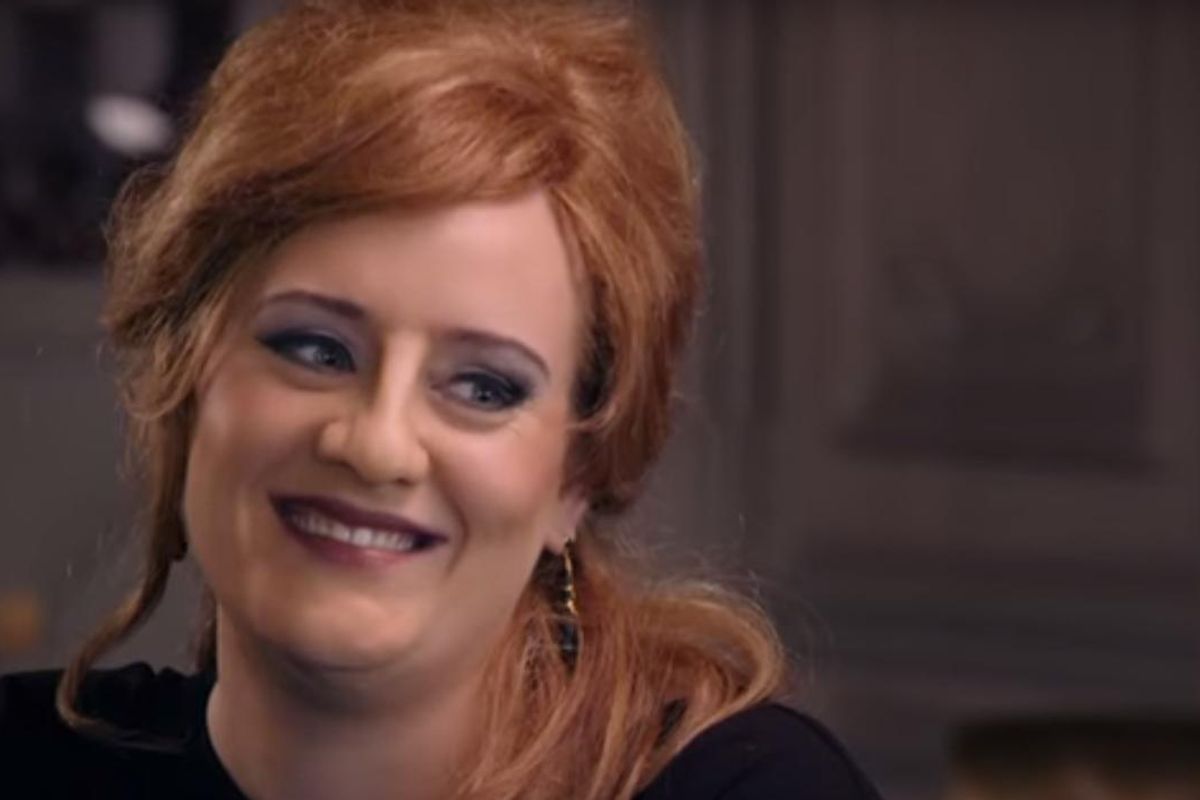 Adele Blue Adkins has unleashed yet another weep-inducing offensive, with her album, 25, released yesterday.

The follow-up to her supernaturally successful 21 is sitting comfortably at a 8.2 rating on Metacritic, with Entertainment Weekly saying, "A record that feels both new and familiar--a beautiful if safe collection of panoramic ballads and prettily executed detours.."

To put it simply, ya girl hath done it once more.

Yesterday, in honor of the release, BBC's Graham Norton put a pretty incredible, meta clip of the singer donning prosthetics (looking eerily like Meghan Trainor) and going undercover amongst a crew of Adele impersonators, auditioning for a gig.

Aside from those devastatingly soulful blue eyes, Ms. Adkins pulled it off quite well as "Jenny," a struggling nanny with a husky voice.

"I've been doing this for 4 years," she tells the other Adele mimickers; "It's been a bit slow recently; hasn't been much of a demand for her."

One by one, the hopefuls do their best (and may I say GREAT) Adele impressions while singing her classic "Make You Feel My Love"...including this Hedwig-esque drag queen, who the singer looks downright touched by.

At one point before she sings, "Jenny" has to step outside, because of nerves. "Bless her heart!" one of the impersonators says.

Finally, after intentionally missing her mark, the singer begins to croon, and the other ladies slowly begin to realize who is hiding beneath the fake nose and chin...

...their reactions are priceless.

"It's NOT her! Honestly!" one says, feigning disbelief.

The Adele 2.0's join their idol in a singalong, who promptly gives them each a big hug afterwards, which I'm sure feels like sunshine.

Watch the glorious prank below.