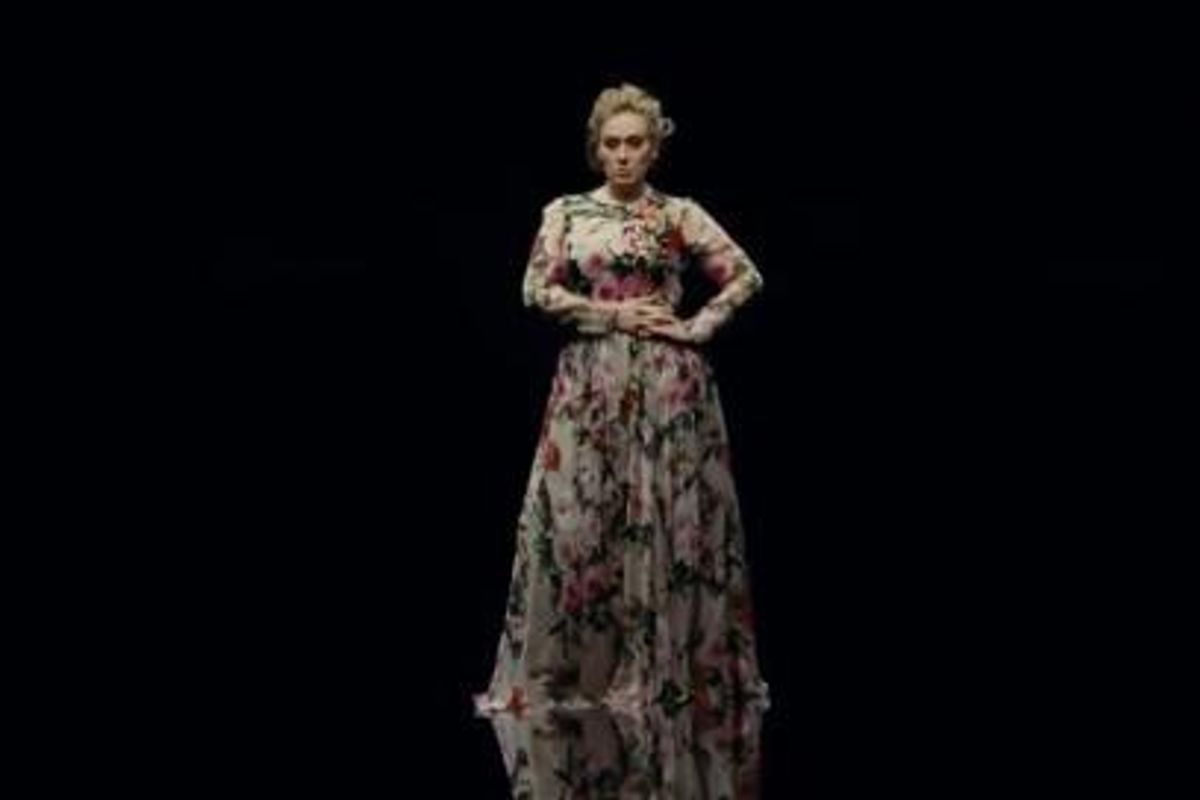 In a swift "Hello! I'm still here, honeys" move, Adele has released a striking teaser clip for her forthcoming video for the track "Send My Love (To Your New Lover)," off the singer's most recent album 25.

Directed by Patrick Daughters, and shot in London, the quick glimpse shows Adele in a flawless gown (reminiscent to her Vogue shoot), standing in a no bullshit pose, in an all black, reflective room.

Adele is currently on her sold out world tour, and with all the Bey, Radiohead, and Drake tidal waves, it's a perfectly bold time to make another swell; who better than Adele?