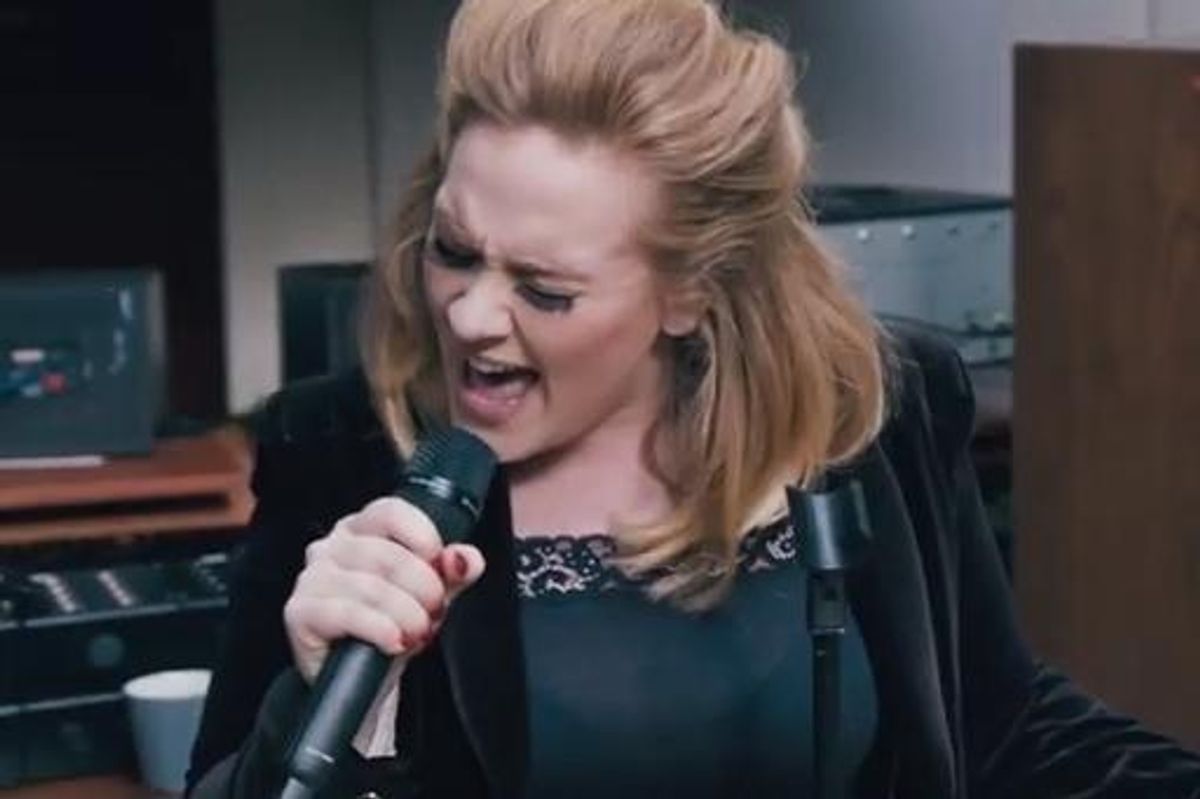 Adele Premieres Sweeping New Song "When We Were Young"

Teased yesterday from her upcoming 60 Minutes interview with Liz Haynes, Adele has premiered a live version of her second single "When We Were Young," from her album 25, out November 20th.

Not surprisingly, it's an emotional cataclysm.

The song (co-written by Tobias Jesso Jr.), like her first smash "Hello," losing connections with loved ones to merciless Father Time.

"Everyone here is watching you," Adele croons to her subject, "Cause you feel like home."

Next time I'm at a bar, I'm going to walk up to someone and whisper this in his ear.

She then states, "If by chance you're here alone, can I have a moment before I go?"(so polite!!!)

You see, Adele has been by herself at the party ALL night long (obv), and she wants to know if this thot in someone she used to know.

*pins person against wall* "ARE YOU SOMEONE I USED TO KNOW?"

While she's still not sure of that, she goes on to confirm that this person looks like a movie!

It literally reminds Adele of when y'all were young (so, like, 4 years ago).

"We were sad of getting old, it made us restless," Adele cries. "Oh, I'm so mad, I'm getting old; it makes me reckless."

Despite it being a live version, it's as fetal position-inducing as they come, and sounds better than anything you've heard from a studio in the past, well...since " Hello."