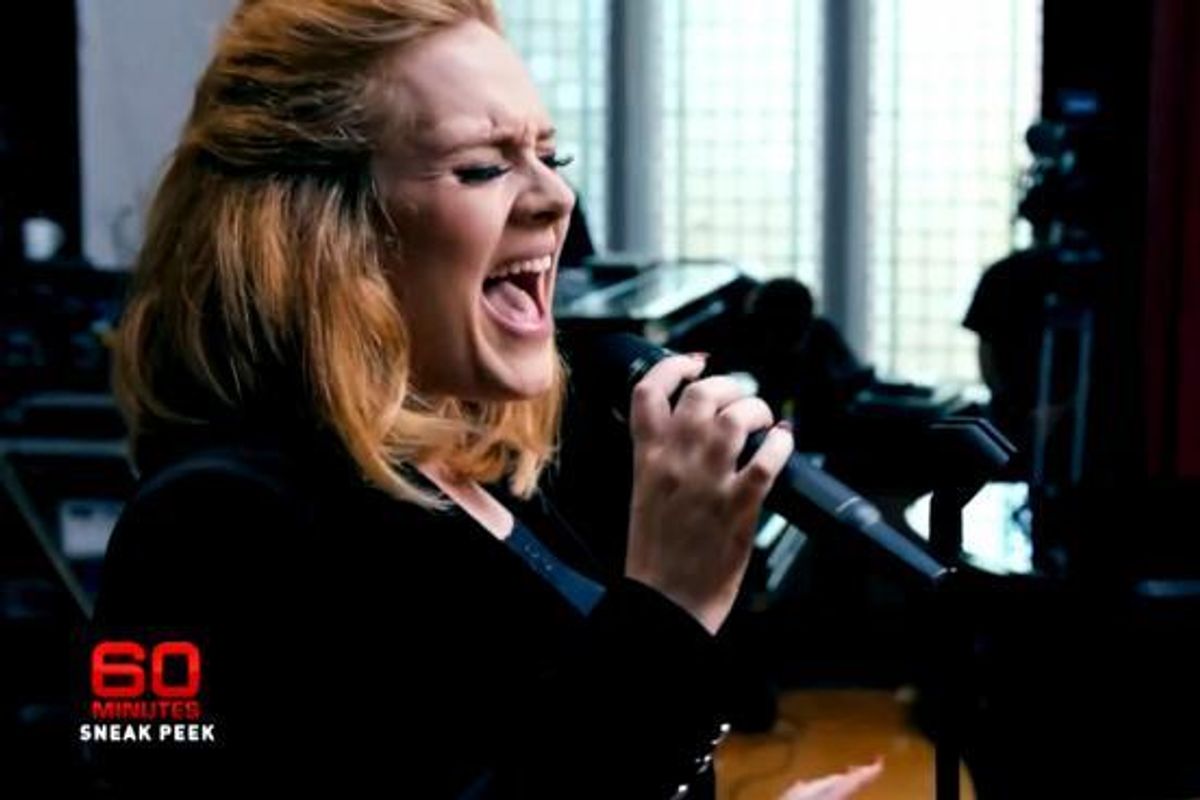 To Make Your Monday A Little Better, Here's A Preview of a New Adele Song

Adele's hotly anticipated forthcoming LP 25 drops later this week, and while we currently only have "Hello" to bide our time till November 20th (which, hey, we're not complaining), the superstar teased an extended preview of new track "When We Were Young" in her upcoming 60 Minutes interview.

The clip of the live performance is only about a minute or so, but the singer sounds as good as you'd expect, and said snippet will assuredly send chills into your very marrow.

As Adele has mentioned that "Hello" is more a mourning over drifting friendships in the passage of time than a lovelorn ballad, this new single sounds right in line with the theme of mortal angst.

Boo, you young, tho.

Mortality must be on a sliding scale when you've accomplished as much as Adele has in her brief 27 years on this planet.

The clip also shows Adele and 60 Minutes host Liz Hayes perusing the London record store the singer used to hang at (and work out following her album 19, mind you!).

"Was your voice always what it is now?" Hayes asks.

"No one ever told me to shut up!" Adele replies.

Thank God for that.